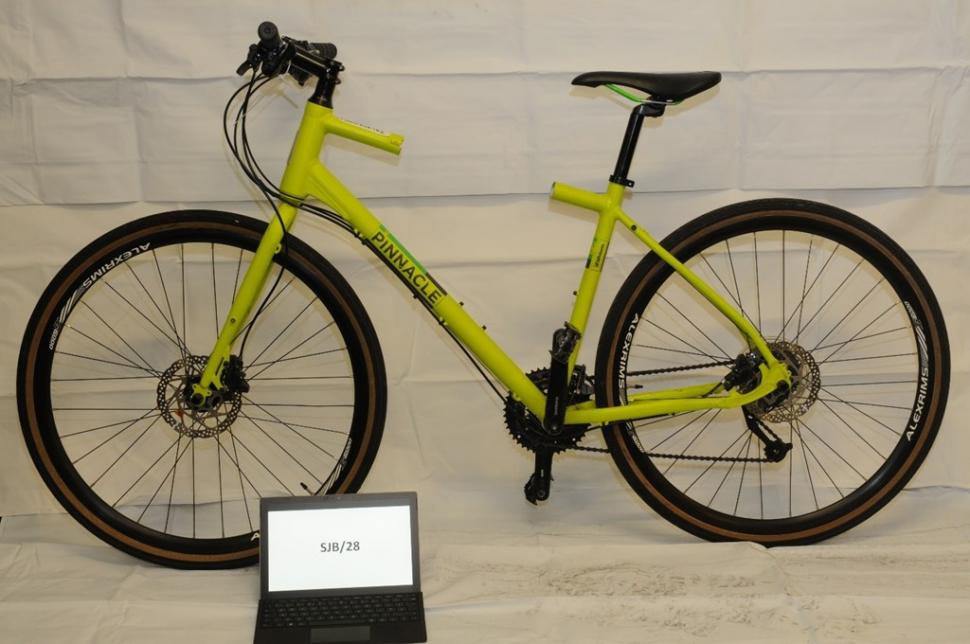 City of London Police have shared an online gallery of stolen bikes officers hope to reunite with their owners and if you’ll pardon the pun, some of those featured do make for an arresting sight – not least the frame of the Pinnacle model above which seems to have had an angle grinder taken to the top tube rather than the lock, presumably by a thief who doesn’t understand the physics of bike frames.

It’s an eclectic bunch of bicycles – many sadly stripped bare of some or even all components – plus the odd e-scooter. We'll also forgive plod for not shooting the bikes driveside on this ocassion, since hopefully this appeal could reunite plenty of Londoners with their pride and joy. 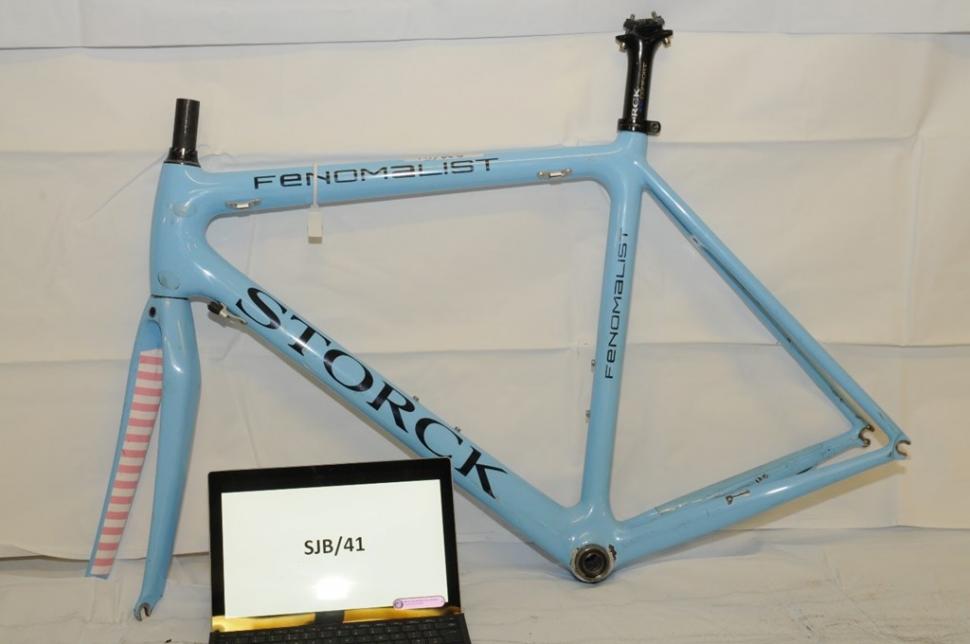 Road bike brands including Boardman, Canyon, Cannondale, Pinnacle and Storck feature in the collection, as well as this Brompton with a distinctive Brooks saddle. As we reported last month, the force has stepped up its efforts to combat bike thieves – one operation alone, when thieves took a bait bike leading to the recovery of 60 bicycles, with three suspects arrested.

That operation led officers to a business premises in the neighbouring borough of Tower Hamlets, so the likelihood is that many of the bikes will have been stolen in boroughs away from the City of London.

Publishing the gallery online today, City of London Police said: “We continue to clampdown on cycle theft across the City and we’ve had a number of successes, resulting in the seizure of several stolen bicycles. While we have been able to return some of the bikes we’ve seized to their owners, we still have several outstanding bikes that we’re keen to return. Please see below the galleries of the bikes and e-scooters we’ve seized.

“If you think one of these is yours, please email us and provide as much of the information as possible listed in the email.

“Once you have submitted your email to us, we will review it and notify you of the outcome. If we believe the bike or e-scooter is yours, we will make arrangements with you to return it. In some cases, we may require more information and will inform you of this.”

The gallery provides a couple of clues of how slack security will have provided easy pickings for the thieves – we suspect that the Felt bike shown here would only have been secured by its front wheel, with the lock not passing through the frame. Meanwhile the Bianchi Pista below that appears to have been secured with one of those locks that would not withstand even the most basic cutting tool. 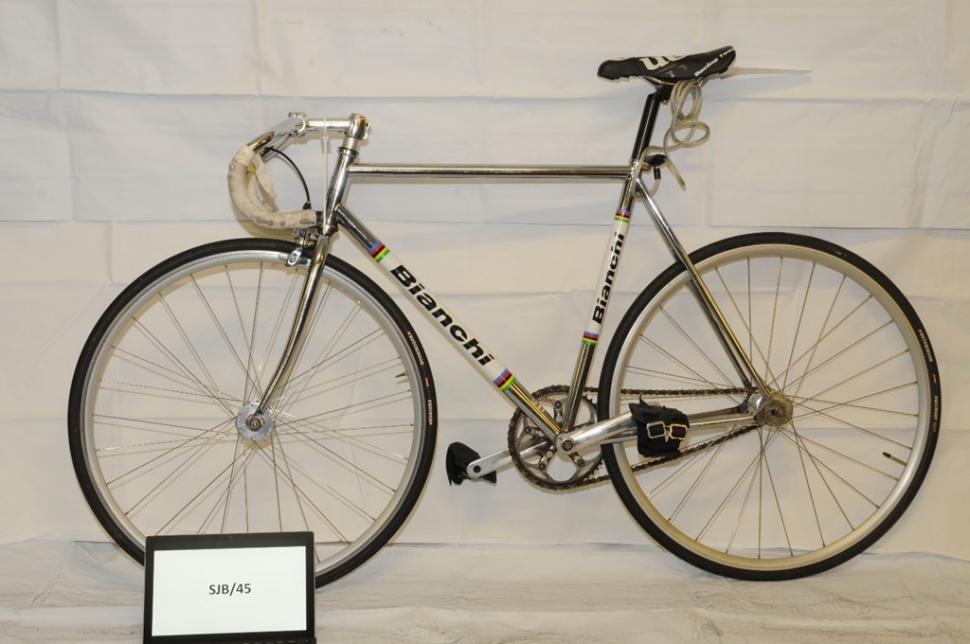 One of the most valuable of the lot is the top-of-the-range Cannondale below, which we believe is a 2018 Synapse Hi-mod Dura-Ace Di2 model... except the chainset and bottom bracket have been removed. Maybe this thief wasn't a fan of BB30A. 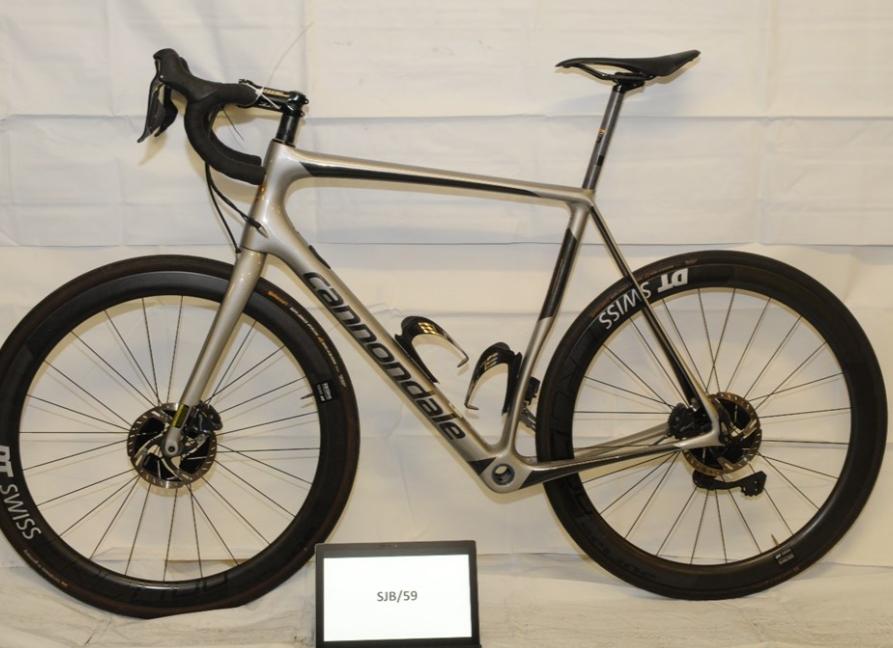 Finally, the owner of this contraption might be advised to provide proof of registration, insurance and roadworthiness together with their driving licence if they want to get it back. 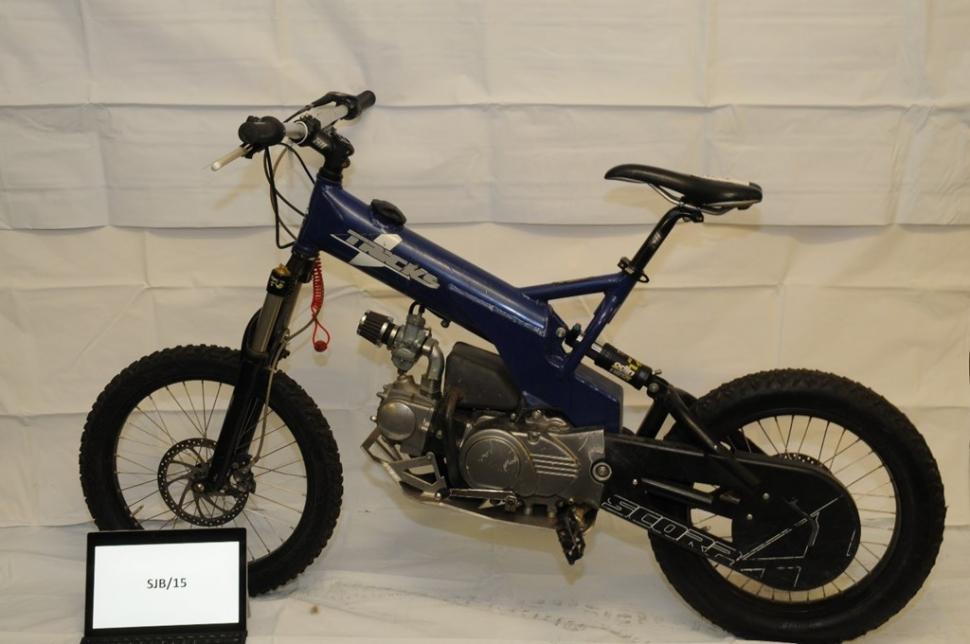 You can find the full gallery here.