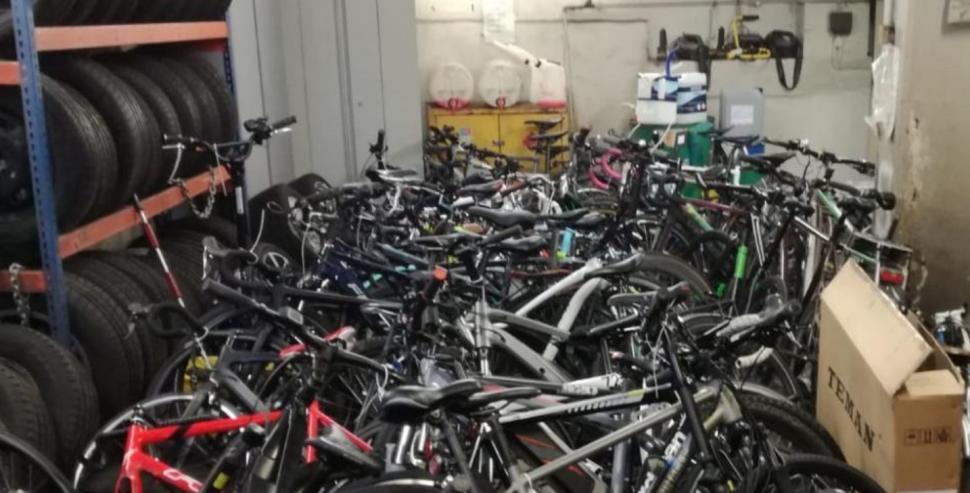 The theft of a bait bike equipped with a GPS tracker led to officers from City of London Police discovering a further 60 stolen bikes worth up to £5,000 each.

They are now trying to trace the owners of the bikes that they recovered.

The force says that it has seen a “slight but steady rise in bicycle thefts” in the Square Mile, with increasing numbers of City workers switching to two wheels for their commutes as a result of the coronavirus pandemic.

Three men have been arrested and 60 bicycles suspected of being stolen have been recovered, as the City of London Police crackdown on cycle thieves across the Square Mile.

As a result, officers have been focusing on tackling bike theft, including through uniformed and plain clothes patrols at hotspots in the area, as well as employing decoy bikes.

The operation to date has resulted in more than 10 arrests as well as the recovery of more than 80 bicycles, some of which have been returned to their owners (with one such reunion pictured below) – in one case, within three hours of it being stolen, with three arrests made in connection with the theft. 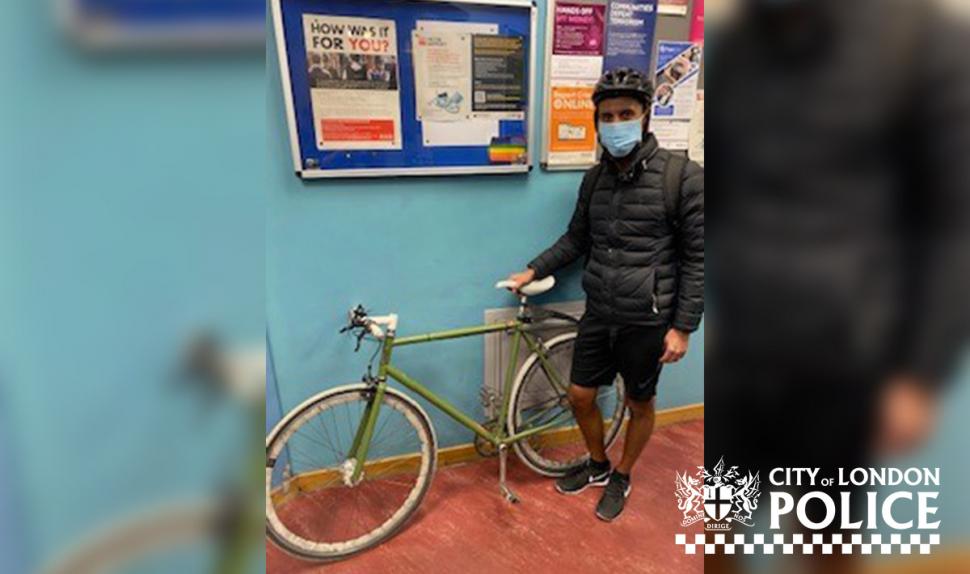 Officers also pursued and caught one man after they saw him he attempting to steal a bike in the City. The man, Francis Graham, aged 26, was charged with 11 offences and will be sentenced later this month.

Police have also seized equipment such as bolt cutters and angle grinders typically used by thieves to steal bikes, and have also encouraged cyclists to come to bike marking events held at various locations in the City. 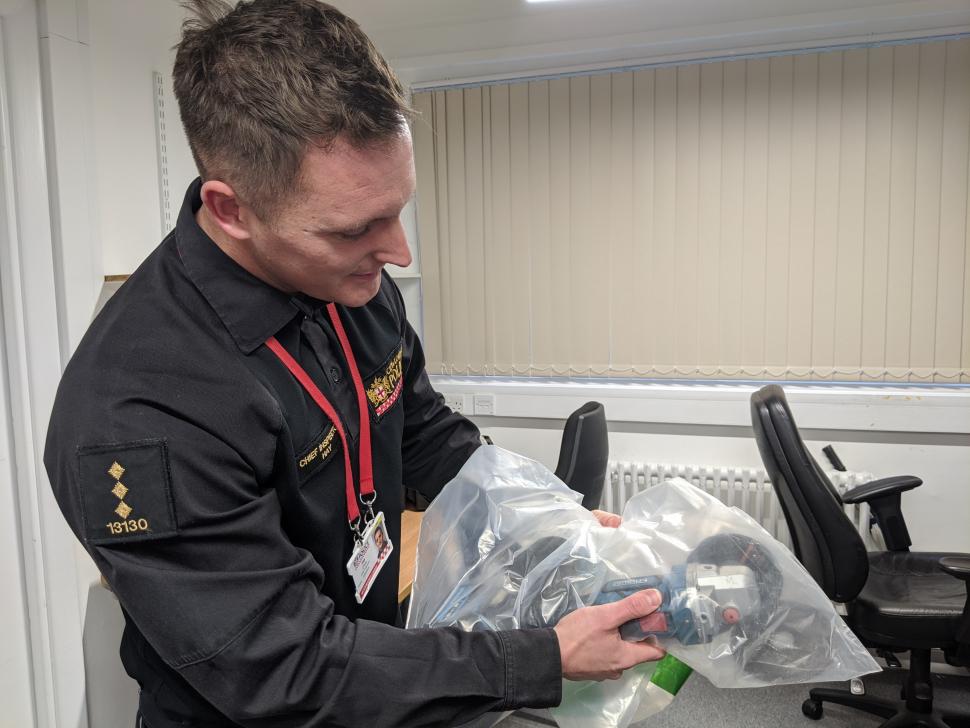 Chief Superintendent Steve Heatley said: “We know that having a bike stolen can be devastating for cyclists, many of whom cherish their bike and may have spent hundreds, if not thousands of pounds on it.

“With more people cycling into the City, it presents more opportunities for thieves, as they look to target people who have only recently started cycling because of the pandemic and may not know the best ways to secure their bike.

“That said, please be reassured that we take cycle theft very seriously and won’t tolerate it in the City.

“We have had some successes in the past few months as a result of our ongoing efforts, though we won’t let up and will continue to deploy our officers and use specific tactics to combat cycle theft.

“We’ll also be continuing to share our key prevention messages, as well as hosting more education and awareness sessions across the Square Mile, the details of which will be shared across our social media channels.”

As we reported earlier today, the Metropolitan Police, which covers the capital outside the City of London, has teamed up with Mayor of London Sadiq Khan and Transport for London (TfL) to encourage people to learn how to keep their bicycles secure.

The initiative also enables people who complete TfL’s free online Cycle Skills course to benefit from a 15 per cent discount on cycle safety accessories from Halfords, including the retailer’s own range of locks. 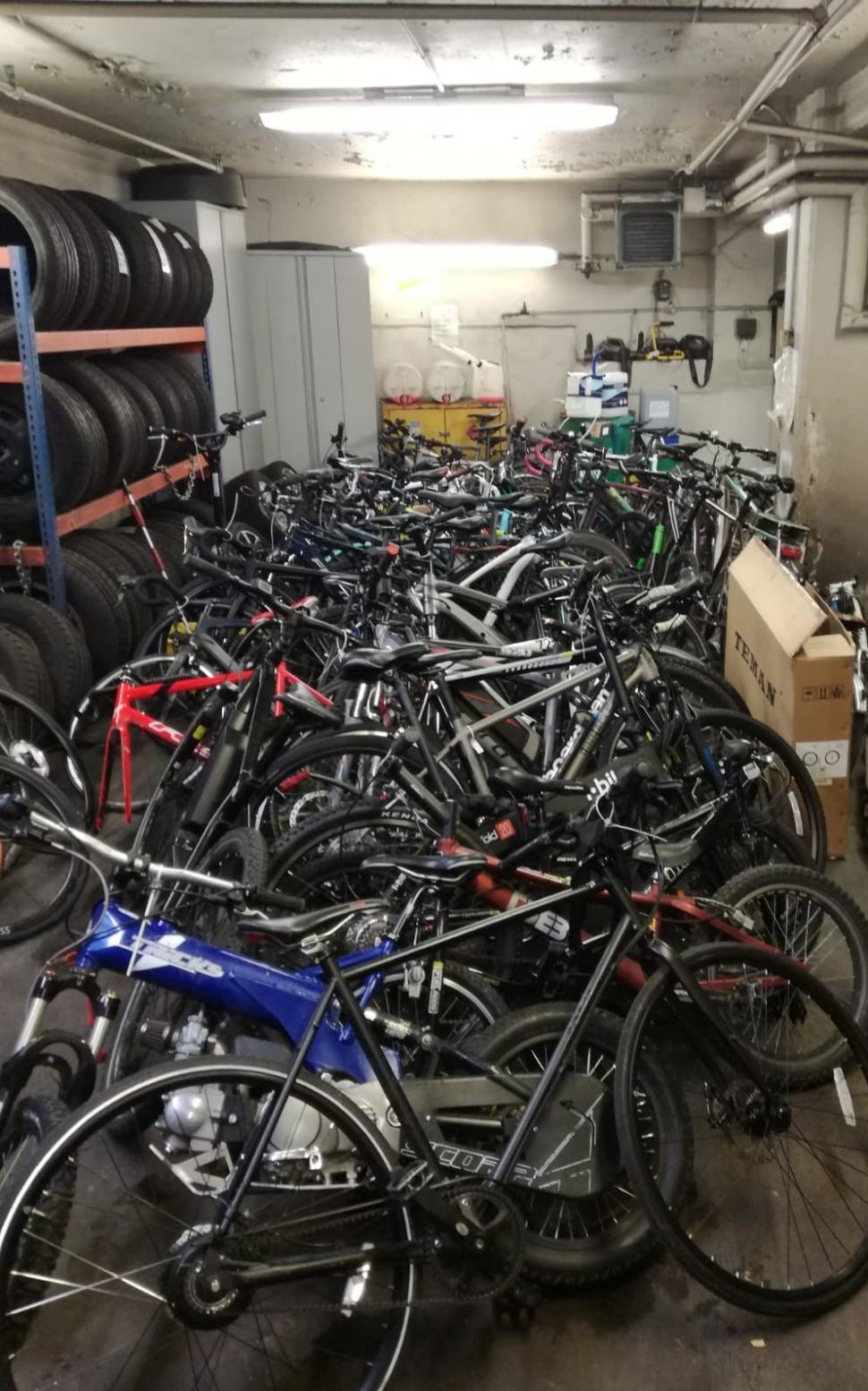