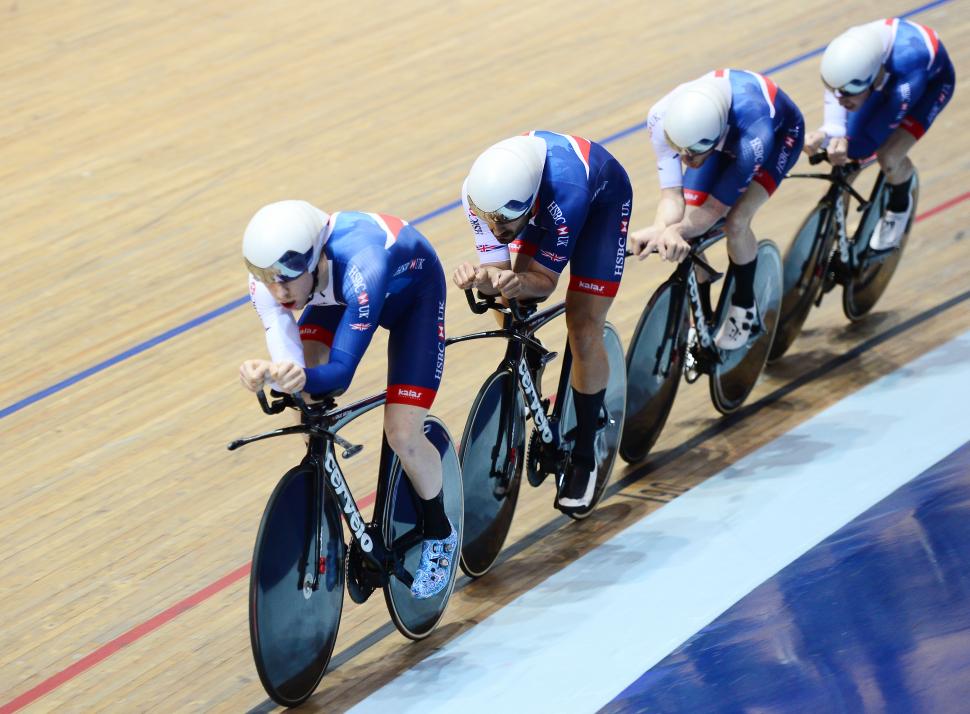 British Cycling has been criticised on social media for hosting a 90-rider pre-Tokyo Olympics track meeting at the National Cycling Centre in Manchester, but the governing body has insisted that “stringent COVID protocols” are being followed throughout the event and that it follows government guidance for elite sports.

The Guardian reports a source “close to the Great Britain track team” as saying that riders were “told not to divulge details” of the meeting, which reportedly follows the format of a round of the UCI Track Cycling World Cup.

However, on as news of the event – assumed by some social media users to be a national championships, due to have been held this weekend – spread on social media on Friday evening, at least two members of the team are said to have deleted images that they had posted to Instagram.

The event, spanning three days, brings together 90 athletes comprising riders targeting the Tokyo Olympic and Paralympic Games, as well as from the development pathways.

Among those to criticise the event was former GB rider Tony Gibb.

Hang the chuff on....we’re in lockdown and some bright spark has people travelling from all over the U.K. to Manchester for a THREE DAY TRACK MEET.....have I missed something??? https://t.co/0N7O9GIEPE

Most riders taking part are based in and around Manchester, but 38 reportedly travelled from further afield and have been accommodated in one floor of a hotel, and British Cycling said that all riders had been tested for the coronavirus before being allowed into the velodrome.

Stephen Park, performance director at British Cycling said that the sessions formed an important part of the preparations for both Tokyo and the 2024 Olympic Games in Paris, which also hosts next year’s UCI Track Cycling World Championships.

“As part of our preparations for the forthcoming Tokyo Olympic and Paralympic Games, and as a development opportunity for our pathway riders, we are holding race simulation activity during our training sessions in our regular training venue, the National Cycling Centre, which has been in use since reopening in May last year,” he said.

“Under the current government guidance, elite training and competition can continue and stringent COVID protocols are being followed at all times, as they always are in our training sessions.

“We acknowledge that as an elite sports team, we are in an extremely privileged position to be able to continue with our operations, and the race simulation activity forms part of our strategy to ensure we are on track to achieve our ambitions in Tokyo and Paris,” he added.

Track isn’t the only discipline in which members of the Great Britain Cycling Team have been preparing for Tokyo over the past week – with BMX Freestyle Park set to make its Olympic debut in Japan, riders have been trying to perfect their tricks at Action Space, aka Adrenaline Alley, in Corby.

We're officially on @tiktok_uk, and the #GBCT 🇬🇧 BMX Freestylers gave us a masterclass in spins, whips and flips to celebrate 🤘