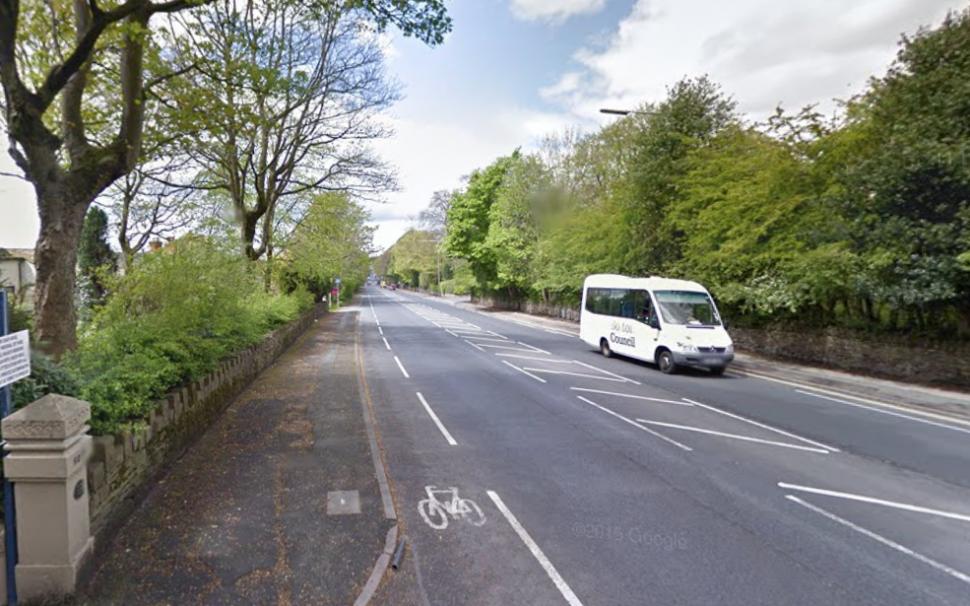 Bike lane where two cyclists have been killed in recent months does not comply with minimum safety standards, council warned last year

Councillor Andy Morgan, who supported the removal of cycle lane wands on the Chorley New Road, says “the majority of people wanted them removed”
by Ryan Mallon

The removal of cycle lane wands on the Chorley New Road near Bolton, the scene of two fatal hit-and-run collisions in the past six months, meant that the scheme would fall short of national safety standards, the local council was warned last year.

On Monday 17 October, a cyclist was killed following a collision with a van driver on the busy A-road between Bolton and Horwich, near the junction with Lostock Junction Lane. The motorist, a 35-year-old man who fled the scene, was arrested later that evening on suspicion of causing serious injury by careless driving.

Last Monday’s fatality on the Chorley New Road came just over five months after another cyclist was killed in a hit-and-run incident on the same road. 52-year-old Lee Rayner died following a collision at the junction with Victoria Road in Lostock on 5 May. A driver was arrested on suspicion of death by dangerous driving and has been bailed while the investigation continues.

The news that two cyclists have been killed on the Chorley New Road in the space of six months has raised questions about why the cycle lane segregation, initially installed in early 2021 as part of the Covid-19 Emergency Active Travel Fund programme, was permanently removed.

The wands – which, it has been pointed out, were never in place at the two sites where the recent fatal collisions took place – were initially ripped out for an Ironman event which used the road in June 2021. Later that year, in September, the council confirmed that they would not return and that the £275,000 active travel scheme would be scrapped, following a public consultation which found that 68 percent of those surveyed expressed dissatisfaction with the wider segregated cycle lanes.

The Bolton News has reported that issues surrounding the removal of the cycle lane segregation were flagged in September 2021 in a Bolton Council meeting about the Chorley New Road Active Travel Fund, where councillors were told that the newly non-protected bike lane would not meet the national minimum safety standards.

According to minutes from the meeting, the permanent removal of the orca wands “would mean the scheme would no longer comply with the minimum standards set out in Cycle Infrastructure Design Guide or the Greater Manchester Interim Walking and Cycling Design Guide.

“The scheme would also fall short on complying with Active Travel Fund criteria for schemes to be compliant with national standards,” councillors were informed.

However, Conservative councillor Andy Morgan, an outspoken critic of the wands who has faced a barrage of criticism from cyclists in the wake of the recent fatalities, told the Bolton News that the removal of the segregation simply represented “what the public wanted”.

“I had members of the public coming to me asking them to be removed, so I took it to the council, and it went out to public consultation. The majority of people wanted them removed so that’s what we did,” the councillor said.

“The cycle lane stayed in the same place. It is exactly the size as it was before.”

Morgan added: “Unfortunately, this incident happened. We can’t plan for a hit and run unless we take cyclists off the road completely, which no one wants to do.

“It’s a dangerous road. There are discussions to be had about the speed limit on Chorley New Road but people don’t want to reduce that from 40mph either.

“We are really sad about what has happened, and our thoughts are with the gentleman’s family.”

Meanwhile 65-year-old cyclist Graham Cooper is frustrated that the council appears reluctant to prioritise the safety of cyclists and pedestrians, and has called for a protected bike lane and lower speed limits on the busy road.

“The council has an obligation to make changes to the road,” the retired university professor told the local newspaper.

“It’s six years since Chris Boardman announced plans for walking and cycling in Greater Manchester and there’s only half a mile of protected cycling lanes in Bolton.”

“Every fatal accident is a tragedy, and the safety of all road users is always our top priority,” a spokesperson for Bolton Council said.

“The council is committed to promoting active travel and we are delivering a number of schemes designed to make our road network safer for cyclists.

“The Orca Wands were installed on Chorley New Road during the Covid-19 pandemic, using the government’s Emergency Active Travel Fund, which sought to deliver active travel schemes with public consultation to follow. A consultation exercise was held in Spring 2021, during which 68 percent of respondents said they were unhappy with the scheme.

“However, the council has committed to support future Active Travel Schemes, subject to full consultation taking place before implementation.

“Many accidents involving cyclists occur at junctions and we urge drivers to be considerate of other road users at all times. Following any serious accident, we work closely with Greater Manchester Police to understand what has happened and how we may reduce the risk of serious injury or fatality in the future.”