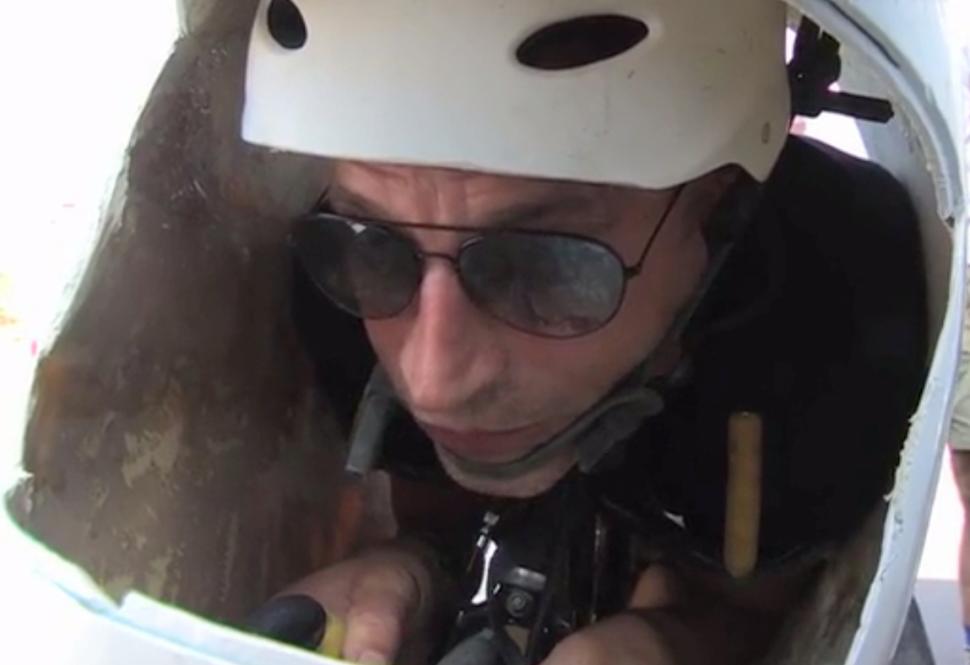 Graeme Obree from The Outsider

Want to be an executive producer?
by John Stevenson

Got five grand burning a hole in your jersey pocket? You could get an executive producer credit on The Outsider, a new film about living legend Graeme Obree's attempt earlier this year to break the bicycle land speed record.

The film company that has been following Obree through his tilt at the record over the last two years has launched an appeal on Kickstarter to fund editing over 200 hours of footage into a final film.

Filmmaker David Street of Journey Pictures followed Obree as he came to terms with the scale of the challenge, and built his special bike - dubbed ‘Beastie’ - in his kitchen, with an unconventional treadle drive.

In a statement, Journey Pictures said: “The footage gets inside access to Obree like no other and witnesses the unfolding of a human and personal drama of raw and emotional intensity.”

While Obree was ultimately unsuccessful in his attempt to break the record, even getting to the attempt venue was the kind of adventure that could only happen to Obree.

“We suffer with him as he misses his first deadline, to get to the International Human Powered Vehicle Associations meeting in September 2012 at Battle Mountain, Nevada.

“We are with him when the aerodynamic shell so lovingly and painstakingly built doesn’t fit and has to be ditched and again when the second shell proves to fit too well and is a cause of claustrophobia and has to be ripped apart and rebuilt only weeks before the second deadline of September 2013.

“We are with him in the hospital just 3 months before the big day when the surgeons have to gouge a huge abscess out of his leg, will he be fit enough.

“We are with him as he trains in his own inimitable way through Ayrshire’s country lanes and up Tenerife’s Mount Tiede and in his living room.

“And we are with him when he finally makes the start line at Battle Mountain in a machine he’s never ridden before.”

But all that filming has left David STreets with an abundance of riches. “With such a diversity of footage the challenge to complete a final edit is time consuming and expensive.”

Journey Pictures is looking for £20,000 to complete the documentary. They are offering a range of incentives on Kickstarter from ‘backers only’ updates on the film’s progress and a chance to see it as an online stream for £10 to an executive producer credit with editing input and eight tickets to the world premiere (and a whole lot more) for £5,000.

Here’s David Street and Graeme Obree talking about the film.

Graeme Obree is famous for breaking the bicycle Hour Record twice in the 1990s during a period of intense rivalry with fellow British time trial specialist Chris Boardman. After retirement he battled severe depression and twice attempted suicide before coming out as gay and linking his depression to his struggle to come to terms with his sexuality.