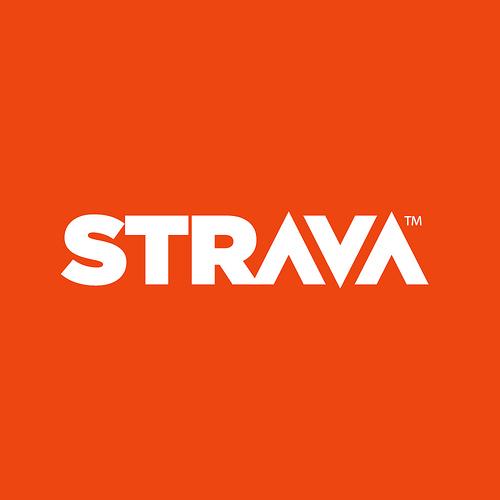 Riders using app more focused on own goals than interacting with clubmates, according to paper presented to Royal Georgraphical Society
by Simon_MacMichael

An academic claims that smartphone apps such as Strava, criticised for encouraging going too quickly on shared-use paths, lead to another kind of antisocial cycling - people on club runs would rather keep tabs on what virtual rivals are up to, rather than interact with the riders they are out with.

In a paper being presented to the Royal Geographical Society's international conference in London today, Dr Paul Barratt from Staffordshire University will outline research that he says shows that riders trying to set quickest times for Strava segments is having a detrimental effect on group rides.

Instead of enjoying riding alongside fellow club members, Dr Barratt says that some are instead concentrating on vying with virtual competitors as they aim to outdo their times set on social networking sites.

"Whilst cycling club social rides have always tended to culminate in a short sprint, members are now jumping off the front of the group many times throughout a ride in order to bag a fast 'segment'," he explains.

He maintains that such apps are also encouraging riders to head out on their own when the weather is good to put in bursts on Strava segments, for example, in the hope of moving up the leaderboard - and adds that it can become addictive.

"No matter your ability, Strava can be a real source of achievement,” explains Dr Barratt.

“Even 'purists' that resist the technology at first can soon become hooked."

But, he cautions, using Strava can also have a negative impact, for instance if riding in poor weather or on one of those days that sees more of a struggle from a fitness point of view.

"There's a lot of bravado surrounding Strava,” he says.

“But the league tables ignore the subjectivity of the road and rider. People don't generally mind a bit of wind assistance - as long as it helps push them up the league table."

It's far from the first time criticism has been levelled at Strava, although it hasn't taken this form before, as far as we know.

Sustrans has said that some cyclists take advantage of traffic-free, shared use paths such as the one running along the former Bristol-Bath railway line to try and set quickest times on Strava segments that are subsequently flagged up to the site as inappropriate.

In the United States, Strava has been the subject of at least two high-profile legal cases involving fatalities.

In June, a judge in California dismissed a lawsuit brought by the family of William 'Kim' Flint, killed when he crashed head-on into a vehicle while apparently trying to reclaim his 'KOM' status on a stretch of road.

They had claimed that Strava encouraged dangerous riding by some of its users.

The following month, San Francisco cyclist Chris Bucchere was sentenced 1,000 hours of community service and three years' probation after admitting committing felony vehicular manslaughter in connection with the death of a 71-year-old pedestrian whom he had hit as he rode through a red traffic signal while trying to better his own time on a Strava segment.

He told the BBC: “"Our people are active. I am sure that there are people in their families who say they are obsessed about cycling.
"But we are not making them more obsessive, what we are creating is a place for them to tell their story. They have these habits anyway and we're giving them the place to present it in a way that's meaningful to them.”