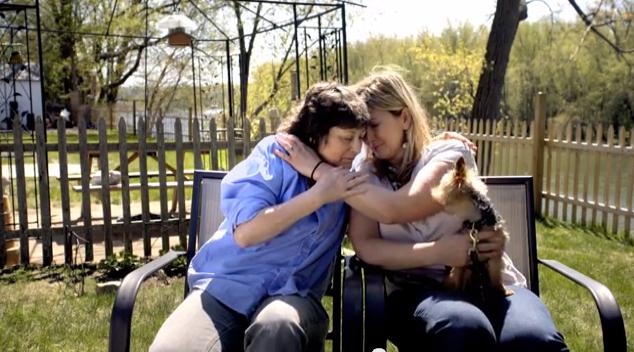 VIDEO: 'It Can Wait' documentary highlights dangers of texting while driving

In a hard-hitting short film, the celebrated American documentary maker Werner Herzog has taken it upon himself to instruct the public about the dangers of texting while driving.

Major telecoms companies AT&T, T-Mobile, Verizon Wireless and Sprint have joined forces to produce the film, with the aim of dicouraging all their users from picking up the phone while on the road.

The 35 minute documentary follows four families whose lives were changed forever by an SMS.

The opening sequence features a young woman standing at the side of the road, her outstretched hand marking the exact spot where her little brother was swept away from her by a driver who wasn't paying attention.

Xavier is now paralysed from the diaphragm down and will never survive without ventilation equipment.

It's hoped the emotional message will break through to those who feel they can't wait to check a message.

“When you get a message while driving, it’s hard not to pick up your phone,” Herzog said in a statement.

“With this film, we want to help make people more aware of the potential consequences of that action…The consequences are catastrophic, and the statistics are appalling.

"This campaign certainly comes at the right time. It had to be done. Everything else is of secondary importance.”

“We have no idea what kind impact it will have," he added.

"But if it prevents one single accident from happening, I have done my job well. Everything is good then.”

AT&T CEO Randall Stephenson said: "I think we all understand that pooling our resources with one consistent message is a lot more powerful than all four of us [telecoms companies] having different messages and going different directions."

"You’re always connected, every second. You don’t really know how to stop. While we’re trying to solve that from technology perspective, he’s wanted to hit it head-on from a social perspective.”

Last week we reported how a study by Carnegie Mellon University and the London School of Economics found that there driving while talking on a mobile phone does not increase the risk of a collision.

Researchers analysed eight million crashes in the USA over a three year period from 2002 to 2005 and found no link between conversations being had on mobile phones and collisions - but the results did not include texting and using mobile internet, which have increased enormously in popularity in the following years.

Levels of smartphone ownership have risen dramatically since Apple introduced the iPhone in 2007, with other brands following it into the market. By the start of 2012, ownership of smartphones had overtaken that of basic mobile phones in the UK, and by the end of this year three in four British adults are expected to own one, according to Mobile Marketing Magazine.