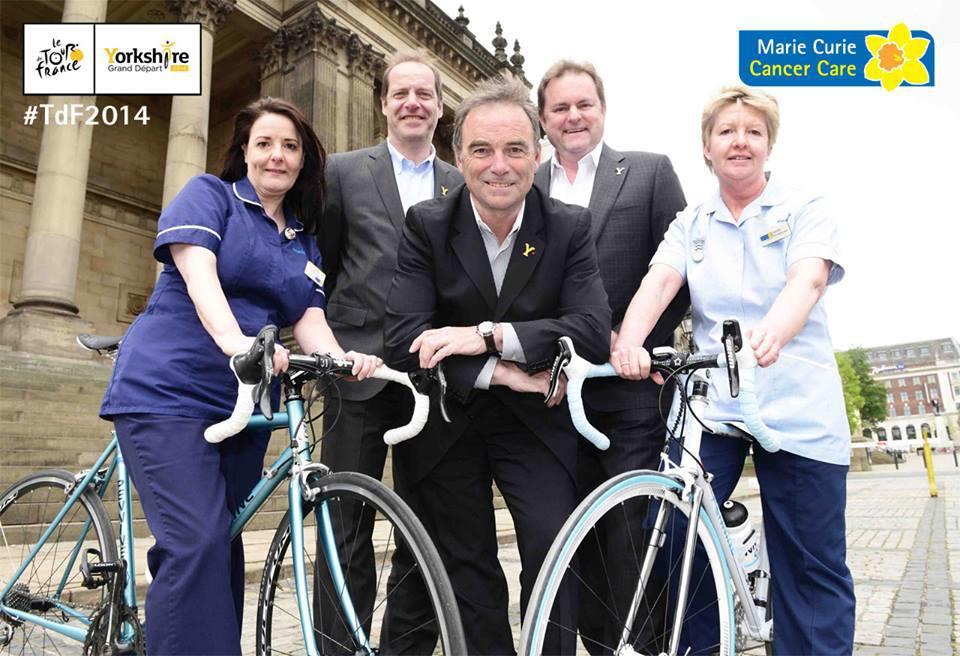 Ride from British to French capitals next July, then watch final stage of 101st Tour de France
by Simon_MacMichael

Marie Curie Cancer Care has been named the official UK charity partner for the Tour de France, which begins next year with a Grand Départ in Yorkshire. The charity will also be staging a three-day charity ride from London - where Stage 3 of the 2014 race finishes - to Paris, timed to coincide with the conclusion of the 101st edition of the Tour in the French capital in July next year.

That ride will see cyclists head to Dover on Thursday 24 July 2014, before boarding a ferry to take them across the Channel for two more days of riding to Paris, with the journey finishing beneath the Eiffel Tower.

On Sunday 27 July, participants will be able to watch the final stage of the Tour as the race concludes on the Champs-Elysées.

The charity, which operates nine hospices, says that money raised through the charity cycle ride, will help fund its nurses’ work to provide care for terminally ill patients both at those locations and in their own homes.

Ed Turnham, Regional Events Fundraiser at Marie Curie Cancer Care, said: “The London to Paris Cycle is the perfect opportunity for anyone interested in cycling, keeping fit or simply looking for a new challenge.

“Following in the footsteps of British cycling heroes, this is a unique chance to wear Marie Curie’s own yellow jersey and to ride triumphantly through the streets of Paris at the end of the challenge.

“By signing up you will be making a significant difference, helping Marie Curie Nurses to provide more care to terminally ill patients at a crucial time.

“Added to that the fact that the 2014 Grand Départ of the Tour de France comes to the UK makes it all the more relevant to British people.”

Entry to the ride costs £150, and participants, who must by aged 18 years or older, are required to raise minimum sponsorship of £1,450.

The return to London from Paris will be by Eurostar - your bike will be taken back separately, and you'll be reunited with it at St Pancras - and early registration is recommended.

You can find more information about the ride on the charity’s website.