Mavic have today launched the new CXR 60 wheelset, which follows the release of the Cosmic Carbone 40 clincher wheels back in March and the CXR 80s last year, upon which these new wheels are based. The aero wheel market is really hotting up at the moment and Mavic are keen to push their expertise into world beating wheels to rival the stiff competition from the likes Zipp, Enve and Reynolds. 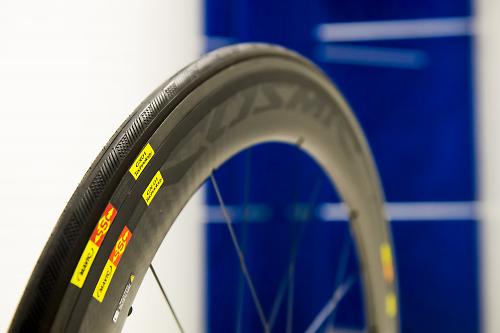 The new CXR 60 follows the development of the deeper section CXR80, which launched at Eurobike last September. The key feature of those wheels was the use of novel plastic blades that smooth the transition between the tyre and rim, and give the wheel and rim combination a NACA airfoil profile, with optimally shaped tyres. The UCI swiftly made clear that these were against their rules. 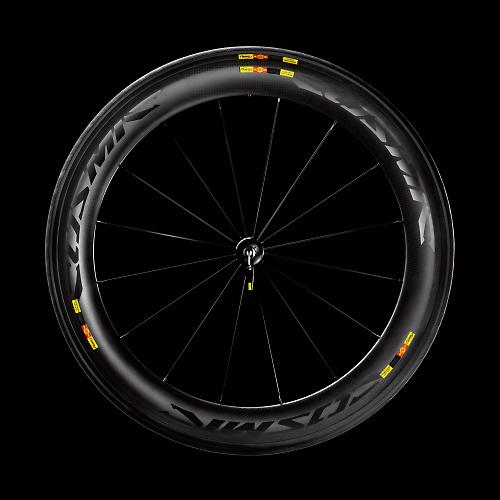 This doesn’t seem to have fazed Mavic though, which might seem odd. When we questioned Mavic the reasoning becomes clear. They told us, “[We] believe strongly in our CX01 technology, we show again that this is an important step in terms of aerodynamics and we will keep on working on it to improve the system whatever the rule is (as far as there is no risk for the cyclist).”

So the new CXR 60 wheelset is a 60mm version of the CXR80. It uses the same detachable CX01 blade, a thin strip of plastic. With this blade, Mavic claim their wind-tunnel testing has shown the wheel to be faster than the Zipp 404, a common benchmark wheel, at certain yaw angles. Mavic tested the new wheels at the CMEFE hepia wind tunnel in Geneva, Switzerland and spent over 400 hours honing and tweaking the wheels before release. 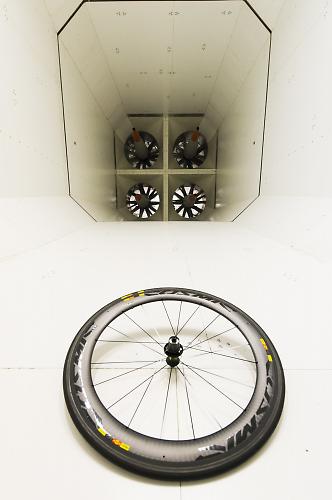 The blades are only part of the story. As Mavic points out, most of the frontal area of the wheel is the tyre, a huge 85%, in fact. So they’ve approached the wheelset as a whole, designing a specific tyre to work in conjunction with the rim to create a fast wheel. With the blades fitted, the three components form a NACA teardrop shape. The rim measures 27mm wide. The Yksion CXR 23mm tyre has a shape defined by the NACA 0024 airfoil shape. To smooth airflow around the rim,  the tread pattern has been designed with small ridges at the edge which act as turbulators, to trip the passing air into turbulence to push the separation point further along the rim. The longer the air stays attached to the surface, the lower the drag, say Mavic. We’ve seen this elsewhere, on Ridley’s Noah Fast aero road bike. 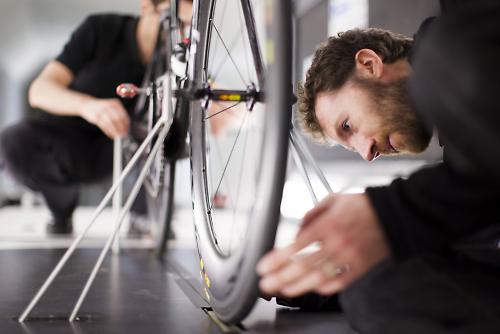 While testing in the wind tunnel, Mavic stumbled across the idea of giving the wheels two NACO airfoil shapes. The wheels actually slice the air twice, the front first, then followed by the rear of the wheel. For this reason, Mavic have used the NACA 0024 airfoil specification for the leading edge, and the NACA 0011 airfoil shape for the rear part of the wheel. 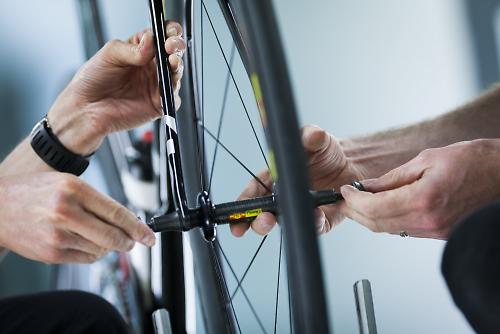 The French company claimed the CXR80 was the most aerodynamic wheel in the world. They’re not making the same bold claims with the CXR 60s, but they are confident they’re faster than the Zipp 404 at a 5 degree yaw angle, but not quite as fast at lower and higher yaw angles. The latest developments of most modern wheels have concentrated on making them aerodynamic at wider angles of yaw. 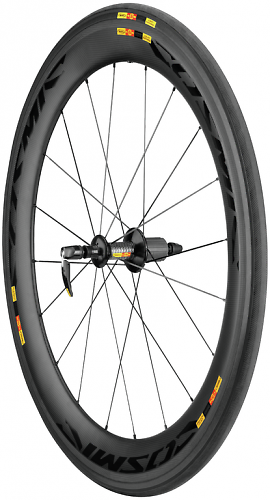 Rarely does riding in the real world offer the predictable conditions of a wind tunnel. The wind can come at you from any angle. Not only is the concern with making the wheels faster in such a variety of yaw angles, it’s about creating a wheel that is stable in crosswinds. If you’ve ever been nearly blown off the road on older generation deep-section wheels, you’ll appreciate a wheel that is more stable in such conditions.

Mavic have used 16/20 stainless steel double butted spokes with a carbon bodied hub shell and a flange that they've developed to offer the best balance of stiffness, low drag and weight.

Whereas the 80s where tubular only, the new 60s are available for both tubular and clincher tyres, opening up their appeal to the many riders who don’t want to their fingers sticky with tub cement. The CXR 60 Clincher wheels weigh 1,825g without tyres, 2,515g with tyres (Mavic's figures). The CXR 60 Tubular  wheels are 1,645g without tyres and 2,175g with tyres. Availability is expected in July.