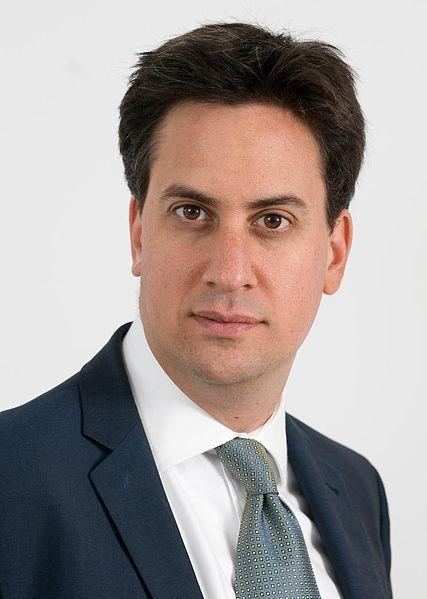 What is it with Camden, politicians and bikes? First Boris, now Labour leader, hailed as a hero
by Simon_MacMichael

What is it with the London Borough of Camden, high-profile politicians, and bicycles? Three and a half years ago we reported how Mayor of London Boris Johnson had been hailed a “knight on a shining bicycle” after rushing to the aid of a woman being mugged, and now Labour leader Ed Miliband has been described as “an action hero” by a women he helped after she suffered a nasty fall from her bike.

The Camden New Journal reports that artist Ella Phillips, aged 29, thought she must have been suffering from concussion when she found the leader of the opposition looking down at her after she had been thrown over the bars of her bike on Kentish Town Road last Thursday.

“He mysteriously appeared out of nowhere, a bit like an action hero,” she said, adding that Mr Miliband – a lifelong resident of the borough - quickly helped her get off the road and out of the way of the traffic.

Talking of her fall, she said: “There was a bike in front of me which suddenly stopped so I had to make an emergency brake. The back wheel flipped over, and the next thing I knew my face was hurtling towards the ground. There must have been a fault with the brakes or the chain.

“Then, there was Ed Miliband’s face looking very concerned at me. I started to wonder how badly I’d banged my head. My first thought was that I was seeing things because I was still in quite a daze.

In what some might see as proof that she had indeed suffered a bang to the head, she continued: “What added to all the confusion was that he was actually attractive and not geeky at all. Even the way he appeared was suave. He was dressed casually but he had style.

“I don’t know if he was in his car and stopped it to get out, or was walking close by. But wherever he came from he disappeared just as fast. I didn’t even see which direction he went in. He literally disappeared into thin air once I was ok. I didn’t even get to thank him.”

Mr Miliband’s office confirmed to the newspaper that he had indeed helped the cyclist, although the Camden New Journal was at pains to point out that it had not been alerted to the story by the Labour Party press office.

Ms Phillips, apparently retaining a healthy cynicism of politicians despite her experience, said: “I’ll definitely be voting for him now. In fact, it worked so well I half suspected he had deliberately knocked me off my bike just to gallantly help me up again.

“I can just imagine people getting knocked off their bikes by politicians all over London now. You can’t deny it would be great PR, but getting found out wouldn’t be as good.”

The cyclist went to the Whittington Hospital in Highgate the following day, where she learnt that she had fractured her arm in the incident.

“I want to say thanks to all the staff there. They were excellent,” she concluded - an endorsement of the NHS that Mr Miliband would no doubt approve of.