Is SRAM working on hydraulic disc brakes? Are they developing an 11-speed groupset?
by David Arthur @davearthur

Zipp have added an 11-speed compatible disc version of their 303 Firecrest aero wheels to their range, with a carbon clincher and tubular version available. They’ll be available from July with prices starting from €2,300.

This is an intriguing release. SRAM have already revealed they’re working on hydraulic disc brakes, and this is perhaps further evidence that is it preparing for a release. However they could also be targeted at the cyclo-cross market, where 'cross racers are increasingly adopting disc brakes at most levels of the sport - all except World Cups. But they're not labelled as cyclo-cross wheels and SRAM is really hot on branding usually, which leaves us to suspect they have other intentions for them. The 303 rim is popular already, being laced to other brand disc hubs. But now you can buy them off-the-shelf. 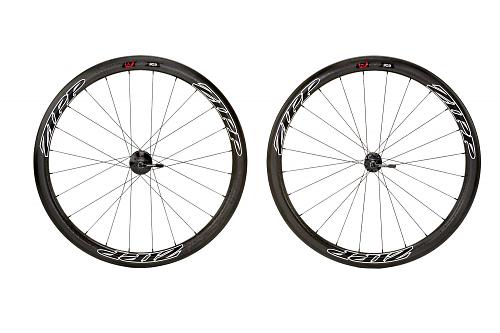 And they’re 11-speed compatible too. With Shimano and Campagnolo both moving over to 11-speed, SRAM would be mad to offer a high-end wheel that wasn’t compatible with either groupset. But could it also mean SRAM are working on their own 11-speed groupset? We’ll leave you to draw your own conclusions... 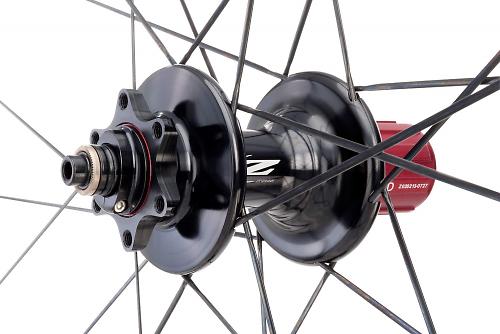 More about the actual wheels and less speculation then. They’re based on the current 303 with the obvious lack of a braking surface, and are laced to hubs with 6-bolt disc hubs. Inside the new 11-speed rear hub are larger diameter Swiss sourced stainless steel bearings with a custom cartridge in the rear hub shell to increase durability. They’re built to last, then. 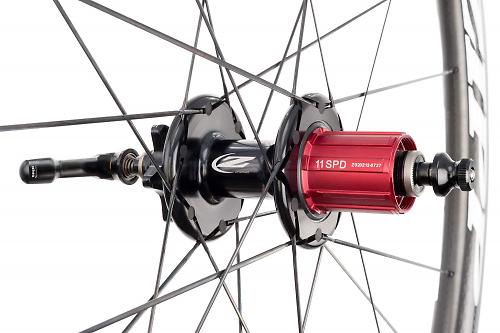 The same 45mm aero rim with the unique dimpled surface is used. There’s no comment on the construction of the rim being any different with the rim no longer needing to deal with the heat produced by rim brakes. Spoke count is 24 front and rear with a 3-cross lacing pattern used on the rear wheel, and 2-cross used on the front wheel. 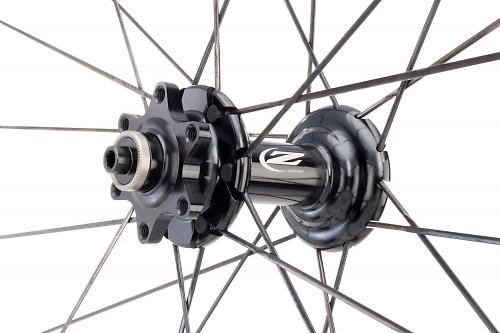 On the subject of the wheels being 11-speed compatible, SRAM did tease us with a video titled ‘22’ with an 11-speed cassette featured. With it being released on 1st April, many people put it down as an Aprils Fool, but with SRAM and their favouritism to leaking snippets of details of upcoming products, you just never can know.

They’ll be available sometime in July. The Carbon Clincher will cost €2,600 a pair while the tubulars will be €2,300. Weights for the pairs are 1680g and 1435g respectively. There is a rider weight limit for both of 250lbs. More details about them when we get them.