Disc brakes are winning in cyclo-cross

We’re on the crest of a technological wave. A couple of years ago the UCI relaxed its ruling on disc brakes in cyclocross, but there wasn’t exactly a stampede to ditch the callipers and move over to disc brakes. Now pro riders using disc brakes have made a clean sweep of the podium at a major race for the first time, and SRAM have confirmed what we already knew... that they're developing hydraulic disc brakes for both road and cyclocross.

Many bike industry insiders see disc brakes in cyclocross as a first step towards the widespread introduction of disc brakes on road bikes. There's no point in the big brands developing the brakes if they'll only ever make it onto cyclocross bikes; the market is too small to justify the costs. But cyclocross is a good proving ground for the technology - if the brakes can cut it off-road they should have no problems on Tarmac. One way Shimano got their Dura-Ace Di2 electronic shifting accepted, for example, was to stick it on cyclocross bikes first and have it prove its mettle in those testing conditions.

At the Trek US GrandPrix Derby City Cup in Lousiville last weekend the top three finishers were all racing disc-equipped cyclocross bikes, the first time this has happened in a pro race. Now this is a long way from a World Cup cross event but it’s a sign that disc brakes have arrived at the highest level of the sport. Jeremy Powers, Ryan Trebon and Danny Summerhill topped out the podium and each was riding a bike fitted with Avid’s mechanical disc brakes. Both Powers and Trebon had Avid’s new and lighter BB7 Road SL’s while Summerhill used the standard BB7s. We’re all still eagerly awaiting the first signs of hydraulic disc brakes from SRAM and Shimano, so it leaves Avid - a SRAM-owned brand - in the enviable position of being the first choice. Their long-running mechanical BB7 is the go-to choice and the RSL introduced this year lops a bit of weight off with titanium hardware.

It appears any concerns over weight or over issues are outweighed by the increased performance benefits. Powers said of using disc brakes: “I can brake later, they provide more power, and deliver more control.”

So, disc brakes have arrived and now can be stamped as race proven.

Sram said, "The rumours that SRAM is developing hydraulic disc brakes for road and cross are true. No details can be shared beyond that fact, but we are excited about these technologies and we will share more news when we can." 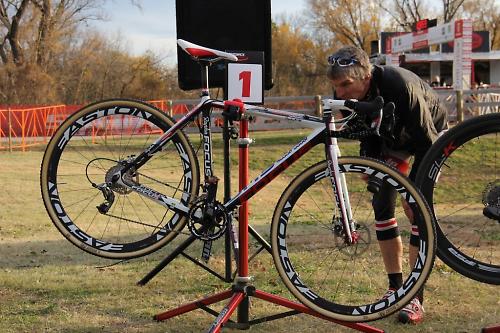 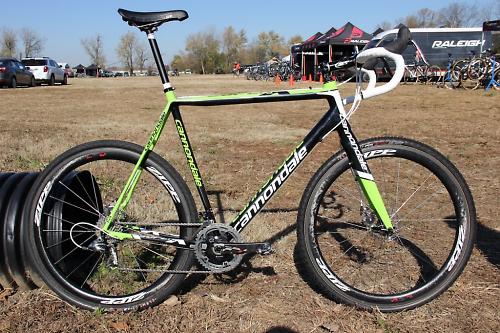 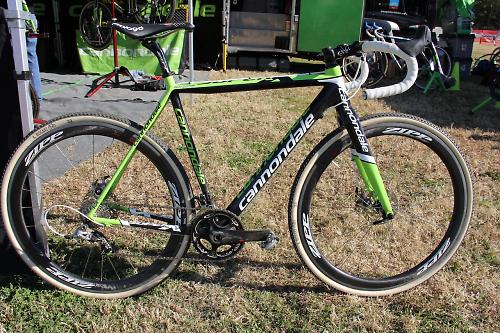 Tim Johnson is a convert too 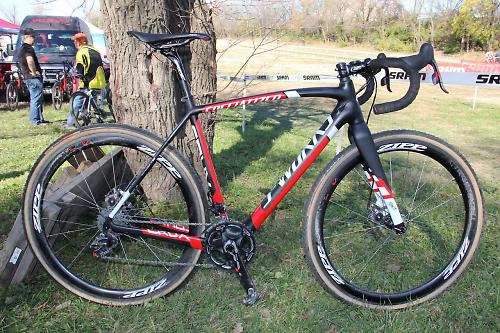 Meredith Miller is running a Specialized CruX with BB7 discs