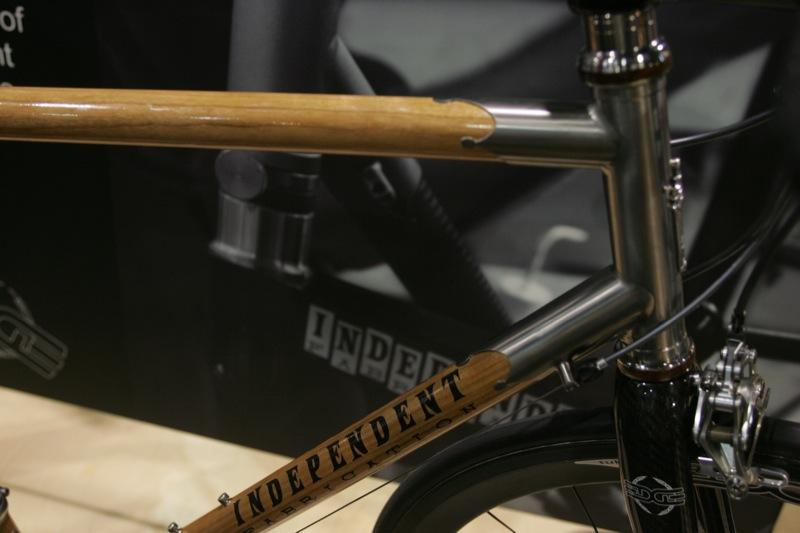 Independent Fabrications XS Ti/Carbon or is it wood, or maybe melamine… bike

At the start of October we ran some pics from Interbike of the Independent Fabrication Ti and carbon road bike, the XS with what we reckoned was a wood effect carbon top layer. In fact we may have gone so far as to say it looked like melamine.

Well, guess what? It is actually wood, or, to be more precise, a wooden top layer. We caught up with IF framebuilder, Joe Ingrams, at Cycle 08 and he told us how it's done. (Joe who built the bike pictured without the wooden finish is going to give the wooden route a try himself).

If have teamed up with Edge Composites, best know for their carbon forks and rims,  Edge can produce very thin slices of wood – any wood, they say in sheet form – which sounds like a super-high-tech version of  peeling an apple. This can then be bonded on to the carbon which is in turn glued into the lugs. 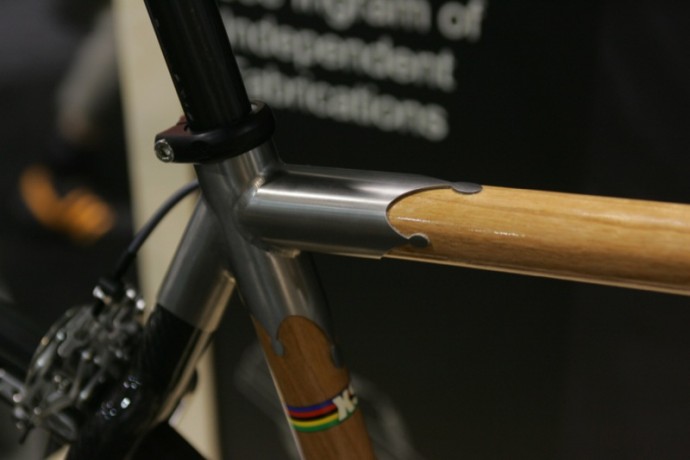 Close up pics of the lugs on the machine at Interbike suggests that the wooden layer replaces the normal carbon top-layer which although it is often referred to as a 'vanity layer' does have the job of protecting the carbon layers below from the effects of ultra-violet radiation which would otherwise cause it to de-laminate over time.

We're assuming that the wooden layer has been heavily treated and sealed to prevent excessive expanding, shrinking and eventual cracking. Joe did point out that the Interbike machine was a prototype, on the other hand the wooden finish is slated to make it's appearance in the XS line-up from next Spring – probably as one of the many custom options on already available on the XS. 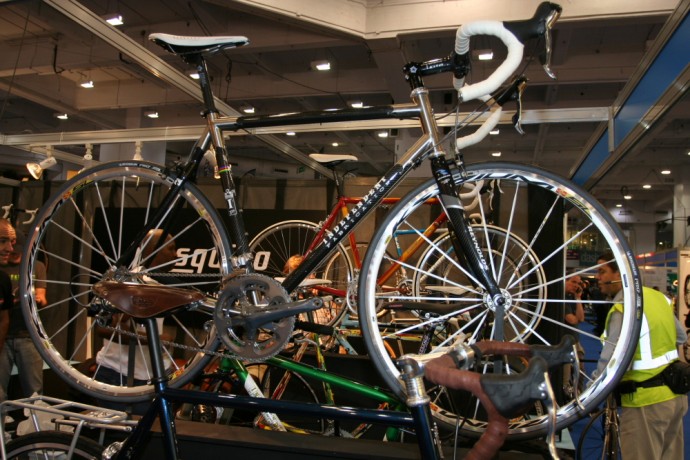 Either way, it is good to see bike builders prepared to explore the possibilities of new materials and even now an email is winging its way over the pond to IF to try and get some more technical details. At the moment this looks like the ultimate finishing touch to some high end bike jewellry (nowt wrong with that mind!) and we can't think of any other real world applications, well I can't, but then maybe I just have a very limited imagination…

So if you've got any suggestions of where wood wrap technology could go next, we'd love to hear them.