A new £2,000 endurance bike with a largely Shimano Ultegra spec
by Mat Brett

The Merida Ride Carbon 95 is a really comfortable endurance bike for racking up the big miles, and it’s still light and lively enough to feel like a performance machine.

We first reported on this bike from Taipei Bike Show last year and we had the chance to ride it at Merida’s launch event in Mallorca last week (ooh, get us! We’re such a bunch of international jetsetters here at road.cc). We haven’t got the Ride Carbon 95 in for a full test so we’re not going to mark it, but we did get a couple of good rides on it, so we can give you some meaningful thoughts. 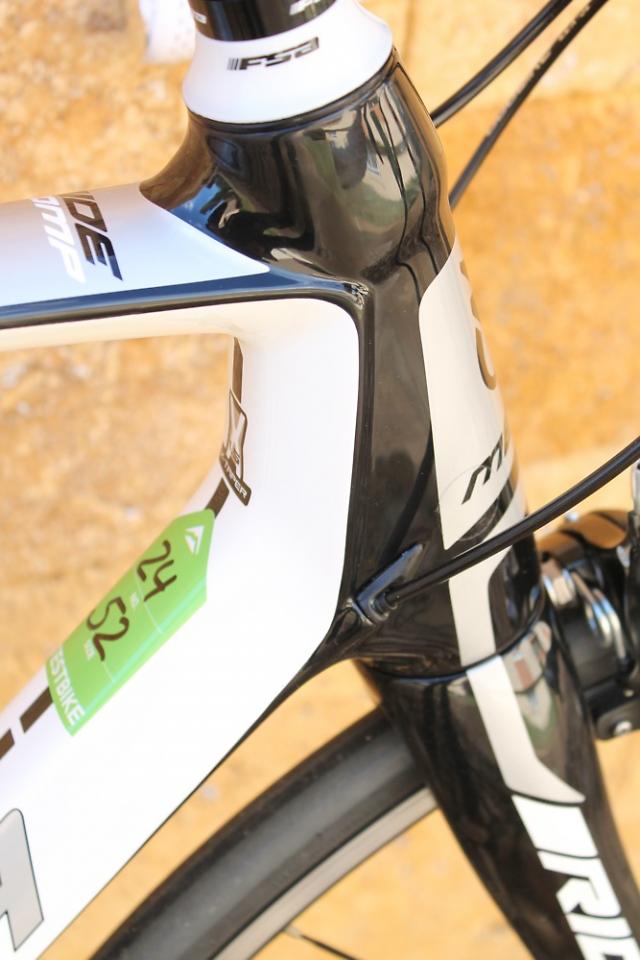 Merida have been producing their Ride bikes for a while but this is the first year that they’ve made them from carbon. There are three carbon models in the range: the Ride Carbon 95 (£2,000) that we have here, the Shimano 105 equipped Ride carbon 94 (£1,500), and the Ride Carbon 93 (£1,350) that comes with a Shimano Tiagra groupset.

The geometry is very different from Merida’s more race-orientated bikes. The 56cm model that I rode (the one in the pictures is a smaller size, before anyone points that out) comes with a 56cm seat tube, a 56.5cm top tube, and a generous 21.5cm head tube. 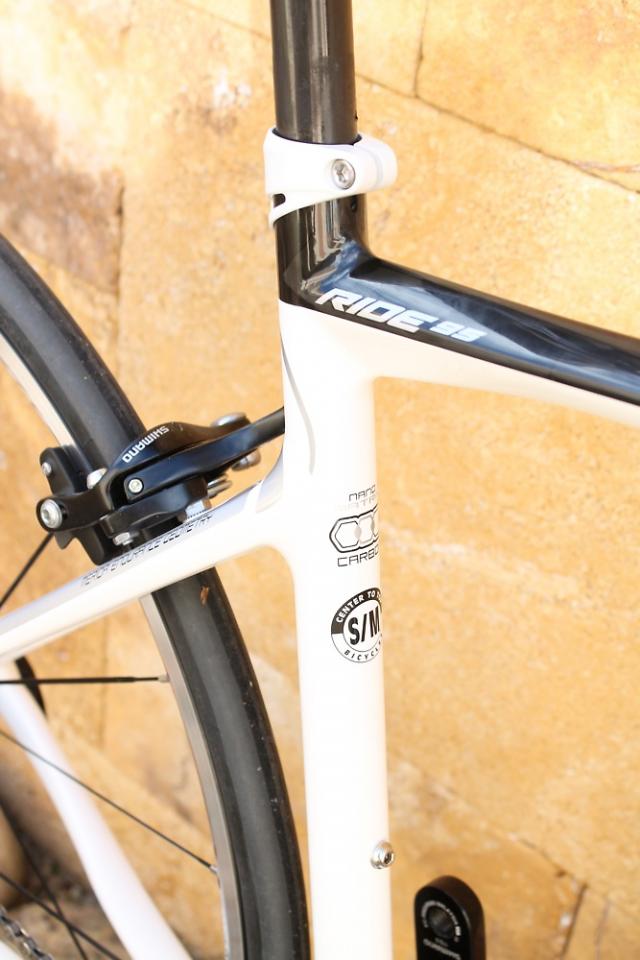 For comparison, the Scultura SL Team race bike that we tested recently has a 57.5cm top tube and an 18cm head tube. The Ride Carbon 95’s stack (the vertical distance from the centre of the bottom bracket to the top of the head tube) is 27mm higher than that of the Scultura, and the reach (the horizontal distance between the same two points) is 18mm less.

Even compared to Specialized’s Roubaix frames, the Ride has a tall front end. A 56cm Roubaix has a 56.5cm top tube, the same as the Ride Carbon 25, while the head tube is 19cm – 2.5cm shorter. 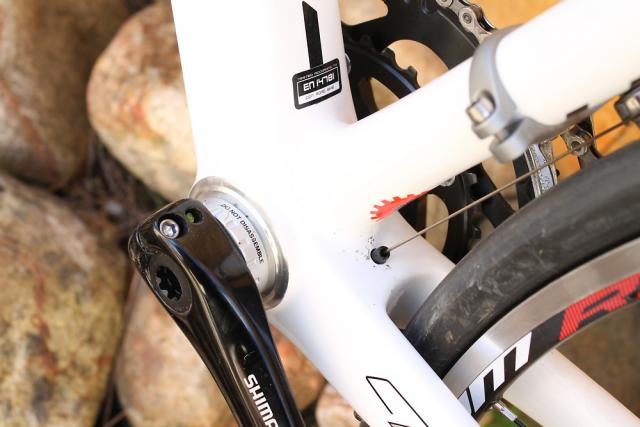 If you can’t be bothered with all those stats – and who could blame you? – we’ll cut to the chase: the Ride Carbon 95 offers a ride position that’s a lot more relaxed than you’ll get on a standard road bike, and a bit more relaxed than you’ll get on most endurance/sportive bikes. The bars are higher than normal, and closer to the saddle. The head angle is a little slacker than you get on Merida’s race-focused bikes too, and the chainstays are a little longer, increasing the wheelbase for more stability.

You notice the more upright position as soon as you climb aboard. Whether it’s right for you is completely down to your flexibility and personal preferences. Sitting higher means there’s less of an angle in your lower back, which many people will value. On the flip side, you take more air on your chest so it’s not the most aero position ever, so it depends what you value most. 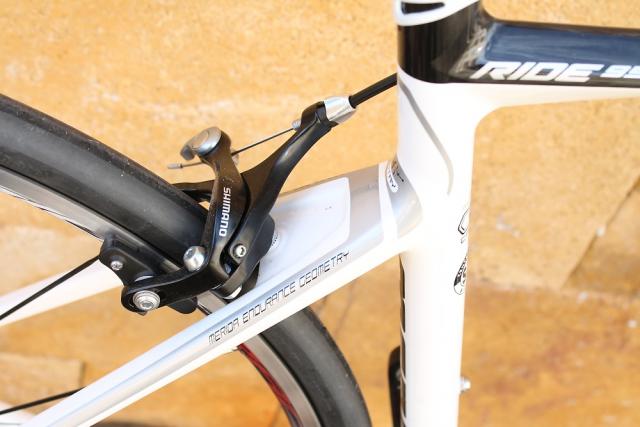 The Ride Carbon 95 is built around a monocoque frame that features what Merida call their Flex Stays. The seatstays are built skinny and the chainstays, tall where they connect to the bottom bracket, transform into short and wide profile. The idea is to encourage a little give at the back end.

Merida also use their Bio Fiber Damping Compound to provide more comfort in both the stays and the fork. Essentially, they sandwich a flax-derived material in the carbon fibre layers to reduce vibration. Does it work? I couldn’t tell you what’s doing the job but there certainly isn’t much buzz coming through the Ride Carbon. I wouldn’t say it offers the softest ride ever but you don’t get a whole lot of vibration at either end. 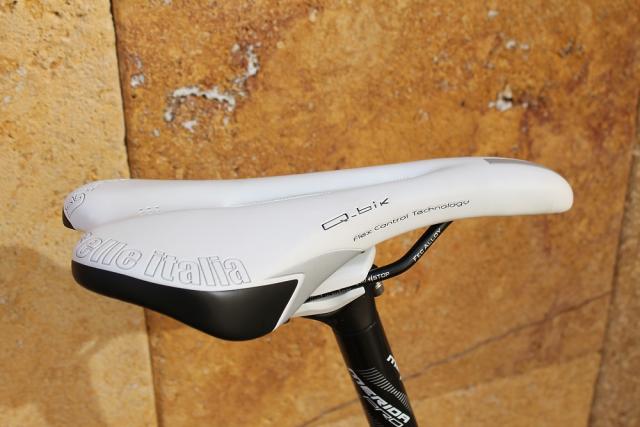 The slim 27.2mm seat post doubtless helps here, and the same goes for the Selle Italia Q-Bik Flow saddle. That perch is quite deeply padded – a bit too deeply for my tastes, to be honest. As ever with saddles, it’s a matter of taste. 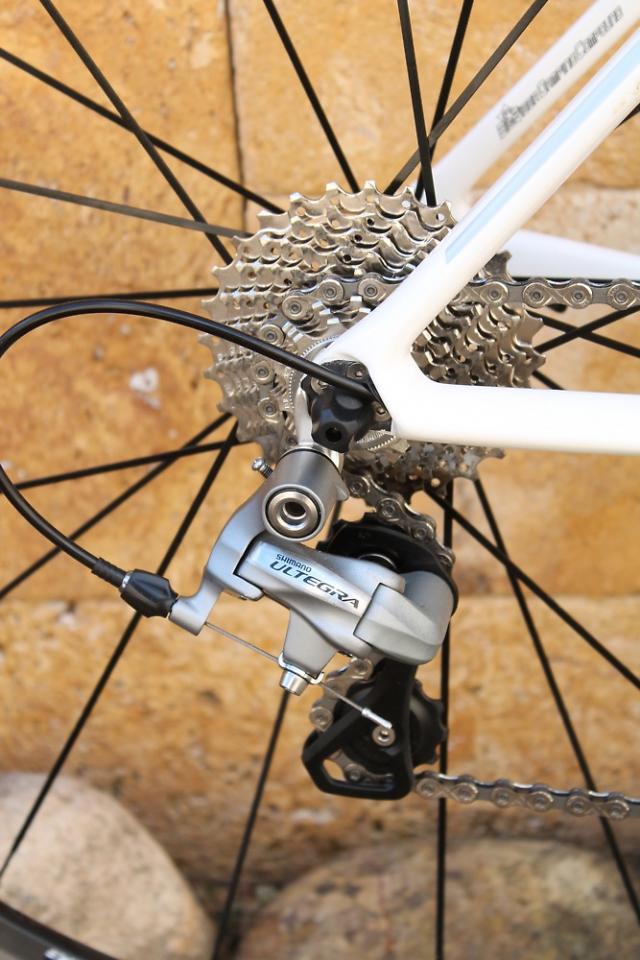 Merida have gone with an oversized head tube here – the lower headset bearing is 1 1/2in – and there are no problems at all with steering accuracy through the full carbon fork. I took on some of Mallorca’s best switchbacks aboard the Ride Carbon 95 and it felt good. On the whole, I’d have preferred a more aggressive setup for slinging the bike through the corners fast, but the bike coped just fine. 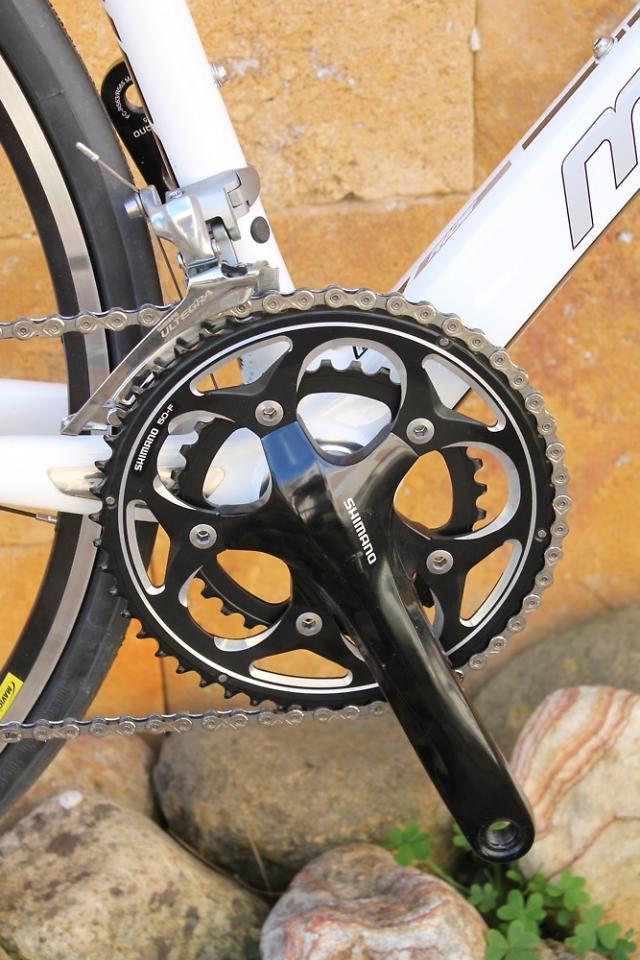 When it comes to the climbs, the Shimano R550 compact chainset (50/34 tooth chainrings) matched up to a 12-28 tooth cassette delivers a wide range of gears to keep you ticking along. With all that front-end height, I was much more comfortable climbing while seated as opposed to standing. I didn’t feel I could get right over the front end to chuck the bike about when up on the pedals like I would if the bars were an inch or two lower. Again, it all comes down to what you value most. 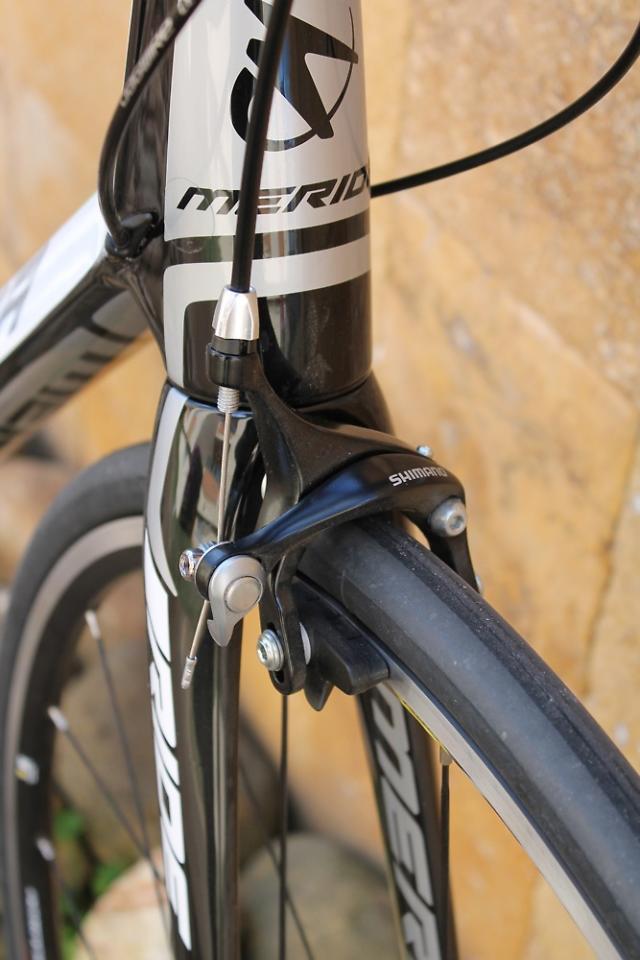 Although the shifters and mechs are Shimano Ultegra, Merida have fitted downgraded R561 brake callipers and, as I said, an R550 chainset, so you’re not getting the full complement here, but it all works fine and you can easily upgrade if you like as and when components wear out. Mavic’s Aksium wheels put in their usual trouble-free performance too. 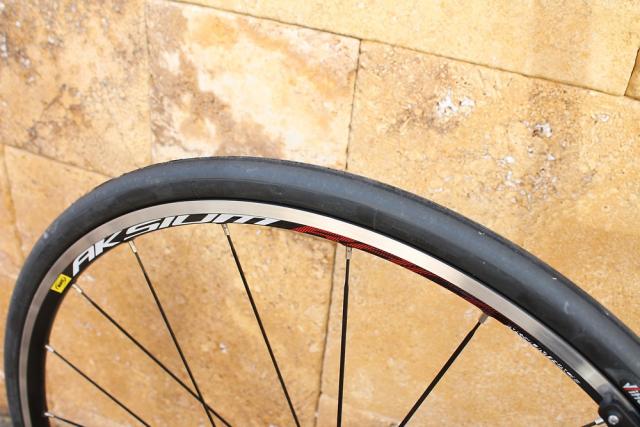 The Ride Carbon bikes are around to stay although we do know that Merida will launch a new version of the Ride later in the year. One of the main differences is that this new Pro design will have space for 28mm tyres – the Ride Carbon 95 comes with 25mm Vittoria Rubino Slicks and that’s as big as you can fit. 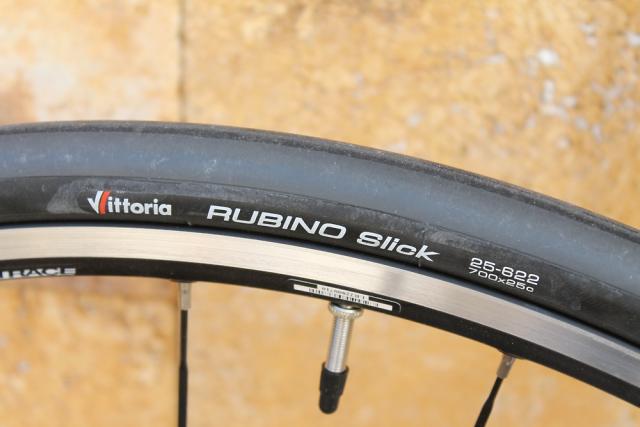 Although it will have a geometry very similar to that of the existing Ride models, the Pro will feature more aggressive tube shapes and more flexibility in both the frame and fork, according to Juergen Falke, Merida’s Head of Design.

Juergen says that the Ride Pro will have the same amount of travel as the Trek Domane and the BMC Gran Fondo. How are they doing this?

“It’s a combination of extremely flat stays – not just the seatstays but the chainstays,” says Juergen. “They are low profile and wide orientated.

“And we have a step in the front fork. On first view it might look similar to the Zertz inserts of Specialized. They have it inside the blade but ours is open. It’s the same story as we use for the Reacto seatpost. There’s a big step in the cross section of the fork blade, and we have a silicone insert with a small carbon flat spring integrated into the fork.”

Stay tuned for the official release around the time of the Spring Classics where the Team Merida-Lampre riders will have the option of racing the Ride Pro.

For more info on the Ride Carbon 95 go to www.merida-bikes.com/en_gb.