2012 has barely got started (what do you mean, “It’s March already”?) but here’s a sneak peek of the new sportive bike from Merida’s 2013 range, the Ride Carbon 95, which we spotted at the Taipei Bike Show.

Previously, Merida used a less aggressive, sportive-friendly geometry on sub £1,000 bikes, then switched to a more race-centric setup beyond that point. In 2013, you’ll have a choice between a race geometry and a sportive geometry at £1,350, £1,500 and £2,000. 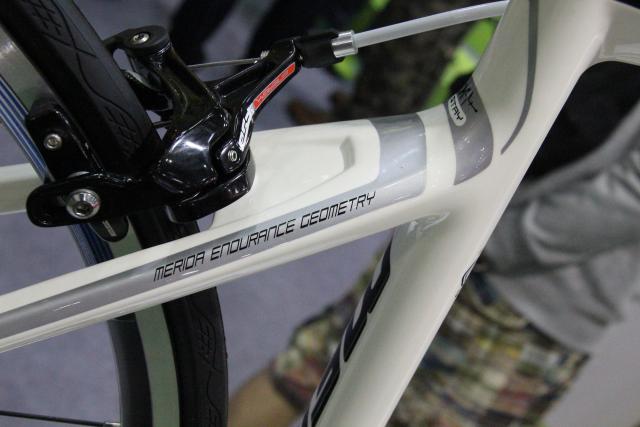 The Ride Carbon 95 is made from Merida’s Nano Matrix Carbon with their Bio Fiber Damping Compound (as used on the Scultura Evo SL we reported on last month)  It’s a flax-derived material designed to reduce vibration. 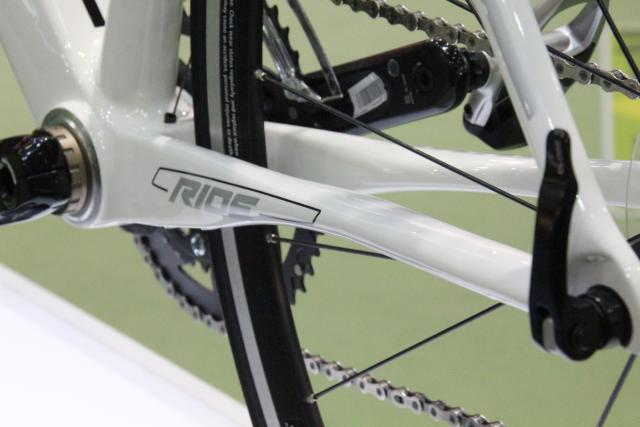 Merida also use their Flex-Stay design at the back end. That means the profiles of the seatstays and chainstays are designed to bend up and down slightly in order to absorb road buzz and bumps. The chainstays, in particular, are distinctively shaped, very quickly morphing from tall and upright by the bottom bracket to short and wide. 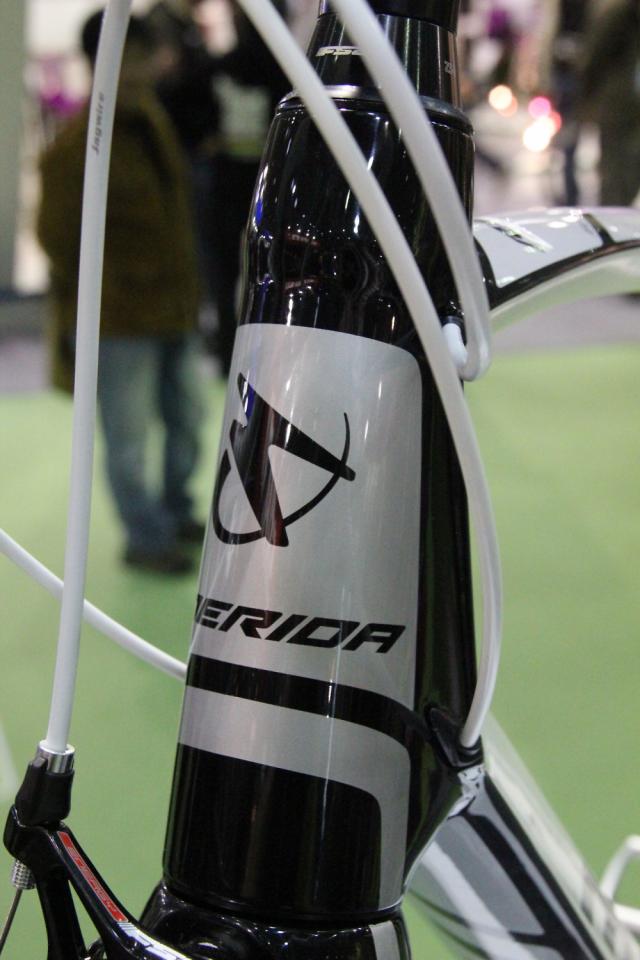 Up front, the head tube is tapered with a 1 1/2in lower bearing while the gear cables and rear brake cable run internally with neat little plugs at the entry points. The rear mech cable exits right at the end of the chainstay in a Di2-style. The down tube is a chunky trapezium profile. You remember what a trapezium is, dontcha? Think of a triangle with the top point chopped off. 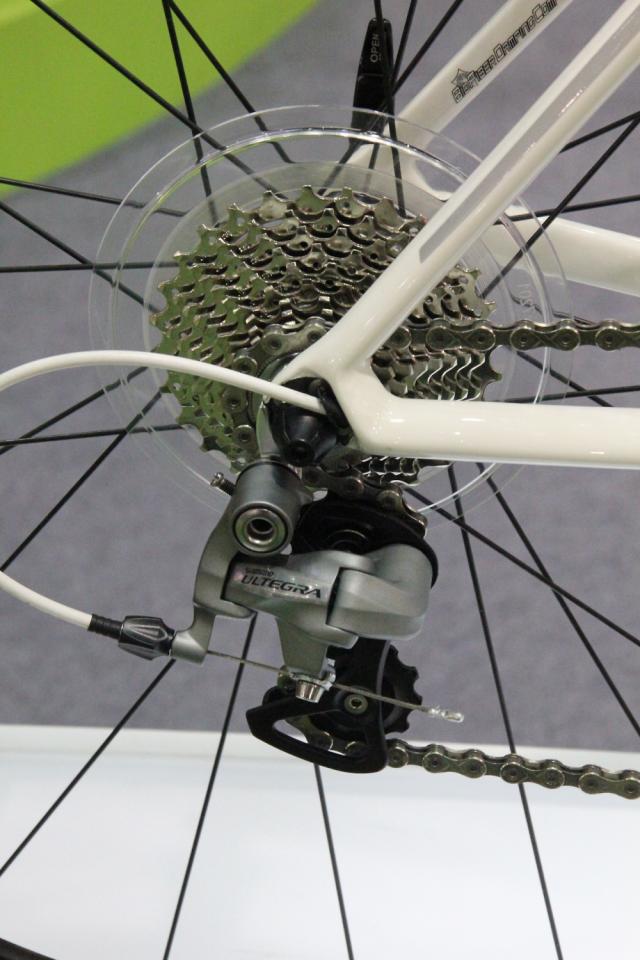 This is the £2,000 Shimano Ultegra version of the Ride Carbon 95 with an FSA Gossamer compact crankset. The £1,500 model will come with a next-level-down Shimano 105 groupset and the £1,350 version will be largely Tiagra. 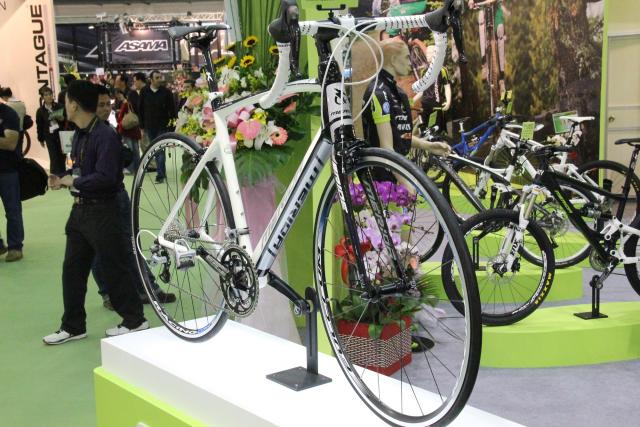 We don’t have the geometry information yet. This bike is so new that the UK Merida guys don’t have it, but we’ll give you those details as soon as we get them.