Merida have revealed a new version of their Warp TT bike that they say is the most aerodynamically efficient in the world when the apparent wind is head on.

The new bike comes with a modular head tube system and a highly adjustable cockpit system to suit a whole range of rider sizes, builds and levels of flexibility.

At the launch in Mallorca, Juergen Falke, Merida’s Head of Design, said, “It’s not possible to say that one bike is the best, but we ended up with a bike that’s in the leading group for aerodynamics.” 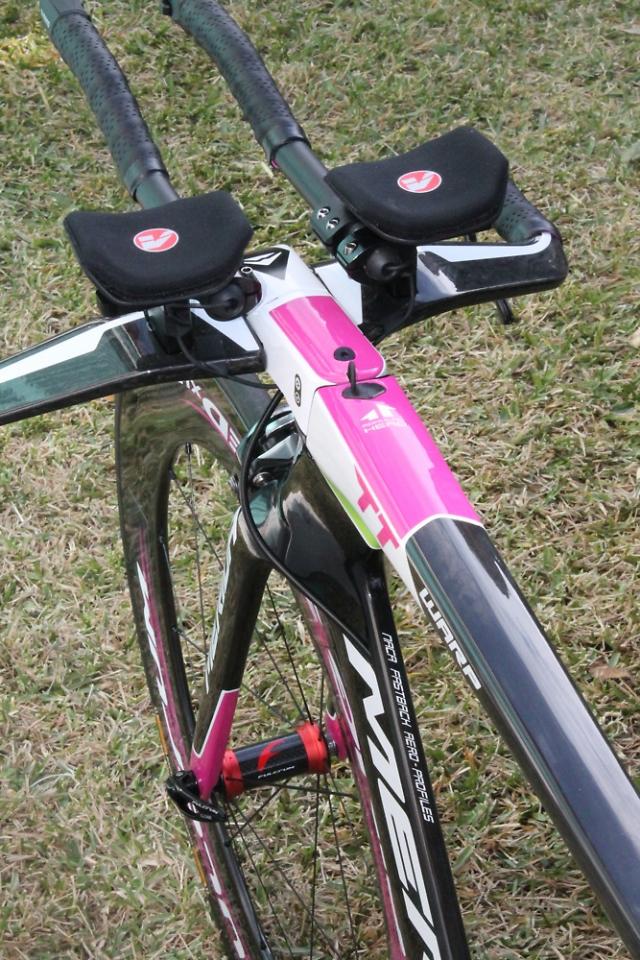 He’s including the likes of the Trek Speed Concept, Specialized Shiv, Cervélo P5 and the Scott Plasma in that group. Merida reckon that their bike is fastest when the apparent wind is at 0° yaw – head on – while others are faster when the yaw angle is different, so their rejecting the idea that one bike can be called superior overall.

Anyway, that’s a debate for another time – the bike industry hasn’t agreed a standard set of aero tests so they’re nowhere near deciding who comes out on top.

Merida have done tons of wind tunnel testing with this new design. Having consulted aerodynamics specialists, they concluded that CFD (computational fluid dynamics) was only of limited value because it’s expensive and time consuming and small differences to your design can make a big difference to the results (all of which applies to wind tunnel testing too, of course).

“The only way is to go to the wind tunnel,” said Jurgen. “The only thing with the wind tunnel is that it doesn’t tell you why something is better or worse. It just gives you the result.”

Merida did their testing in the Dresden wind tunnel with a static dummy on board. They experimented with Magura RT8 TT brakes on early designs – the hydraulic rim brakes that Cervélo use on their P5 – but there’s not yet a version with Shimano Di2 electronic shifters integrated into the brake levers, so they abandoned that idea early on. Instead, they have gone for a standard calliper brake at the front of the fork and a Shimano Dura-Ace direct mount calliper underneath/behind the bottom bracket. 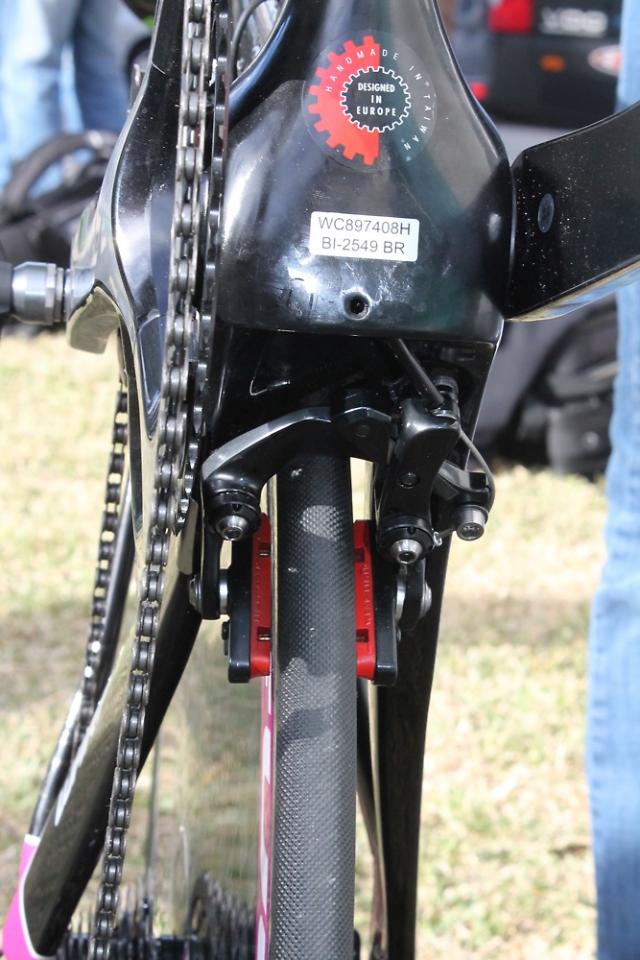 According to Merida’s figures, standard brakes versus Magura’s design makes only about 1.5W of difference (at 40kph/25mph) whereas the right handlebar configuration can make about 7W. Merida also say that, surprisingly, experimenting with down tube shapes didn’t make all that big a difference to drag either compared to the cockpit. 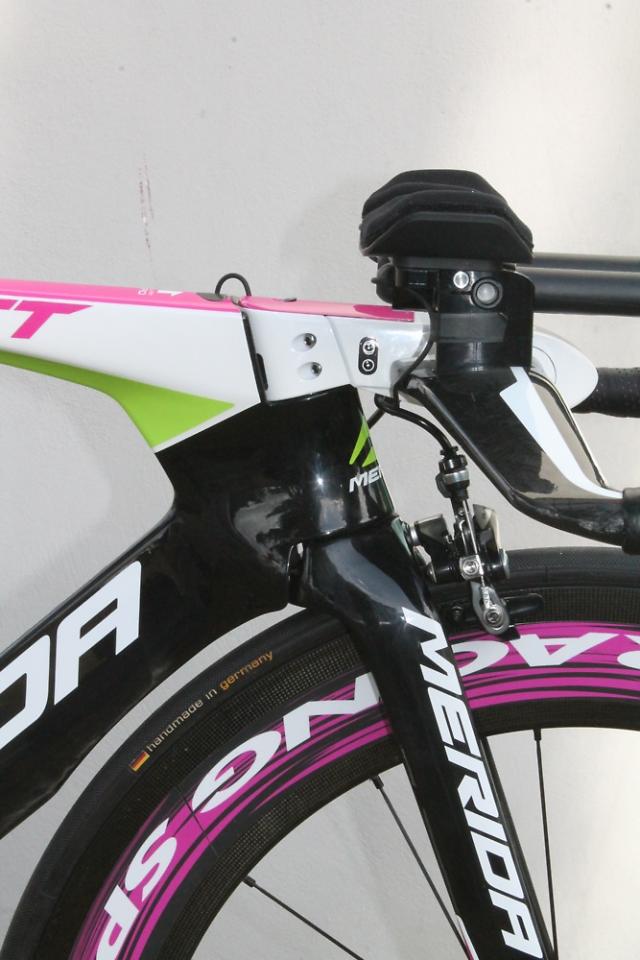 Many of the Warp’s features look similar to those of existing bikes. The front end, for example, looks a lot like that of the Specialized Shiv while the seatstays look like a BMC’s. Falke explains that by saying that those are the results that the wind tunnel dictates.

If that doesn’t give you the position you’re after, you can add a shim – I’m not sure if we’re allowed to call it a ‘shim’, actually – that moves the stem up. It’s not a headset spacer because the upper bearing sits on top, rather than below, so you’re effectively extending the height of the head tube. You can increase the front end height by either 30mm or 60mm in this way. 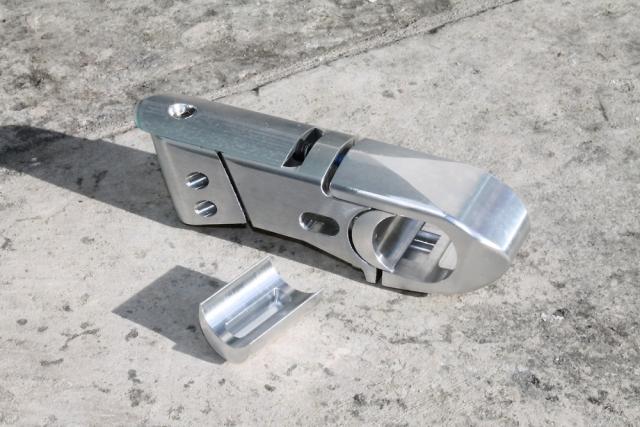 The next interesting feature is the stem which was designed Andi Muff of Switzerland (don't!). It’s CNC machined and has an internal length adjustment system. You just move around the shims – and they’re definitely called ‘shims’ this time to move the bar backwards or forwards. The cabling goes internally through the stem and the Di2 junction is housed in there too to keep things neat and, more importantly, reduce drag. The design was initially intended for use on urban bikes but Merida have seen its potential in a high-performance application and licensed it. 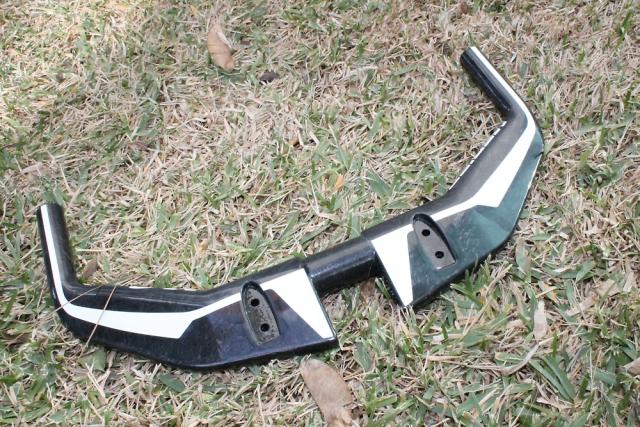 There are two differently sized base bars to choose from, both of which have been designed by FSA/Vision especially for the Warp. The aero bar extensions can be attached either underneath the base bar or on top. You can fit between 5mm and 100mm of spacers to move the extensions and the armrests upwards in order to get the best position. 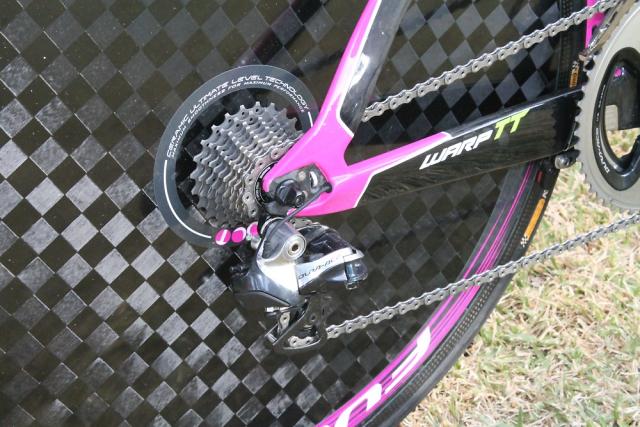 The battery for the Di2 system is hidden away inside the seat post, tucked away from the wind, the only cable you can see anywhere being the front brake one which runs externally. Other notable features of the Warp include dial-adjustable rear facing dropouts and a very wide-legged fork to manage the airflow up front. 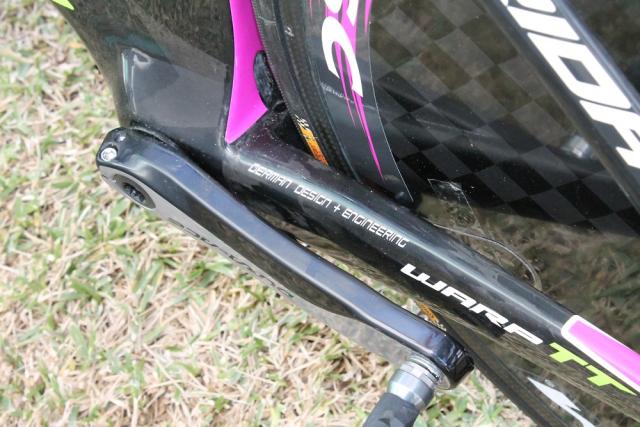 The Lampre-Merida riders have had bike fittings for the new Warp in Majorca over the past couple of days and they’re all heading to the wind tunnel to have their setups fine-tuned in the next 10 days. 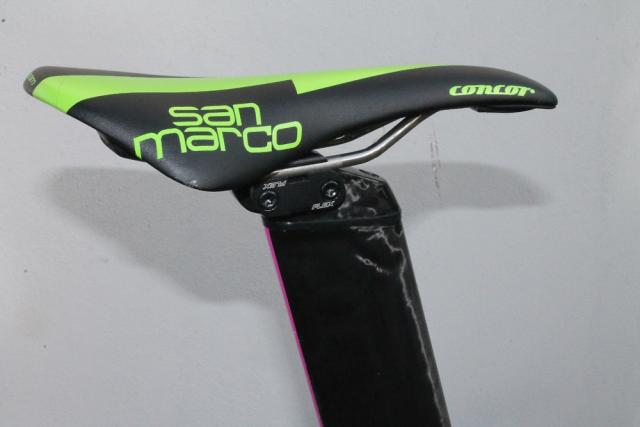 Very briefly before I head out to ride some of next year’s Merida bikes, look out for some of the Lampre-Merida team on an as yet unreleased Reacto over the next few weeks. Some of the riders wanted a road bike with a lower front end than even the Scultura SL, so that’s what Merida are working on now. It’s an aero road bike that’ll probably be launched officially around the time of the Giro d’Italia.

Merida also say that they’ll be releasing a new bike for the cobbled Classics in the spring – although that’s all they’re saying for now. We’ll keep you posted on that one.