Flying Scotsman Graeme Obree has been testing out Beastie, the bike he has built for an attempt on the human powered vehicle land speed record.

Website Humans Invent, which has been following his progress throughout the project, was on hand last week as he put it through its paces at an airfield in Scotland, and took along top cycling snapper Camille McMillan of Le Metier and The Collarbone fame.

The venue chosen was Machrihanish airport near Campbeltown on the Kintyre peninsula.

The former RAF station was once home to a US Navy SEAL unit whose members would have felt right at home in the elements with driving rain instead of the forecast dry weather. 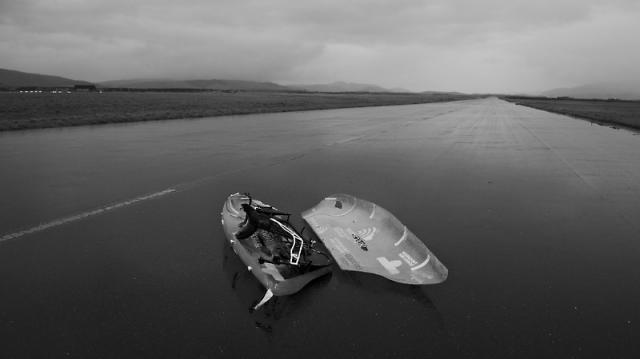 With the spray hampering Obree’s visibility, he admits he couldn’t fully test Beastie by going flat out.

Intstead, he confined himself to assessing how the bike performed with its fairing at a slower speed, and he said he was happy with the results. “I’m actually quite uplifted because with the full fairing on it’s highly controllable as long as you can see where you are supposed to go. It was disappointing that it was wet and the water was spraying everywhere but I am ten times more confident in terms of the control of the bike.

“Later on we thought let’s have a punt without the skin on. Ok it’s wet and there is water spraying everywhere but let’s try it with just the bike, which isn’t terribly aerodynamic but I was probably going about 40mph. It was good to see the bike was stable, it’s steerable, usable and the system works.

“The vehicle itself is good, it’s now about sorting out the perfect skin, which I’m pretty confident we can do.

“The plan is to build the proper skin, which we will slightly modify in terms of headroom, and the front and tail will be shorter.” 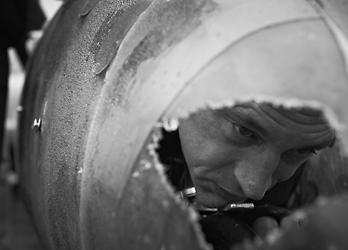 Once Obree has finished working on the fairing, he will undertake more tests at shorter distances before a full test at an airfield in which he plan to take Beastie to its limits.

“I’m thinking we should go to an industrial estate to try out the handling at slow speeds and the vision control, then go to the airport for a right good punt when we see a good weather window,” he explained. 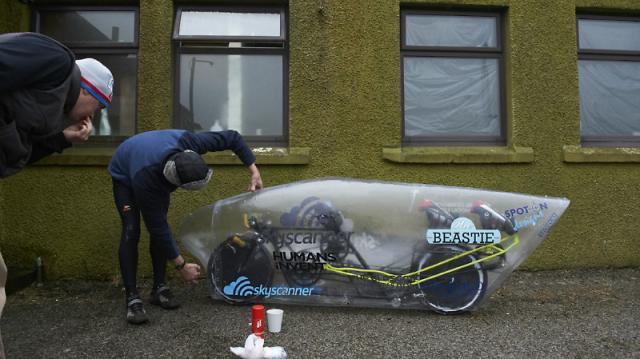