Ibis Hakkalugi gets discs for 2013 + video

We had a go on the Ibis Hakkalügi last year. Well, Jo did, and he liked it a lot. "a lightweight cyclocross bike that's a real joy to ride," he gushed. "It's best suited to those who like to ride with a bit of finesse rather than those who like to muscle through regardless." And now it's available in a disc-braked guise too. 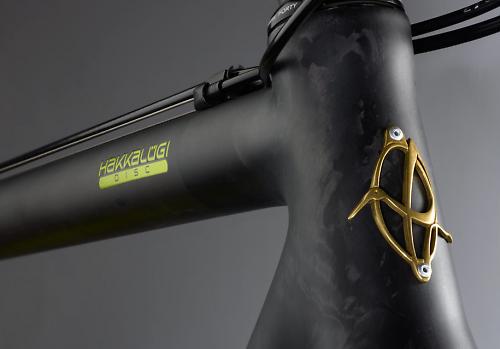 This isn't just whacking on some calliper mounts and Bob's your uncle though: the Hakkalügi disc is a new frame. For a start Ibis have moved to a tapered steerer fork, adding a bit of extra front-end stiffness. The bottom bracket has changed too, to a press fit unit which is lighter and allows for a stiffer build around the bracket. Disc-wise the rear mount sits atop the seatstay in mountain bike style, rather than between the stays as is becoming more common on road bikes. That position allows easier fitting of racks and mudguards but the Hakkalügi is a race bike; you won't be needing those, will you? Up front you get an Enve CX disc fork. We're seeing a lot of them. 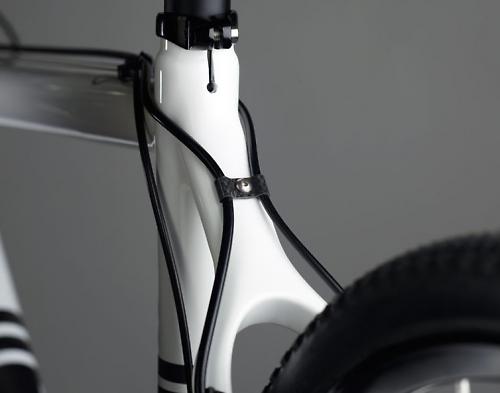 The carbon layup of the frame is based on the tried and tested non-disc bike and the frame weight is a very creditable 1,150g even in the largest size, 61cm. That means you can build it up to be a very light bike, and Ibis reckon it's good for more than just an hour of ranting round your local park.

"In California where we live, the State is chronically out of money," say Ibis. "One of the things that suffers is road repair. The Hakkalügi Disc is a great solution for bumpy roads. Many tire manufacturers make road tires in 28, 32, 35 and even larger tires that are still quite light in weight and work beautifully on the road. We're not suggesting you ride the Hakkalügi in a criterium, but we wouldn't hesitate to show up on our Saturday club ride on this bike." They reckon it's just the thing for CX sportives and gravel road racing too, not that we get a lot of the latter round here...

Ibis offer the Hakalugi Disc as a frameset or in a choise of two build kits based on either SRAM Rival or Shimano Ultegra groupsets - both build kits use Shimano BR-CX75 mechanical discs.

Whether it'll still be the kind of bike that you finesse round the trails like its non-disc sibling, or if the tapered fork, press fit BB and extra carbon in the disc mounts will make it an altogether stiffer affair remains to be seen. We'll try and get our grubby hands on one.