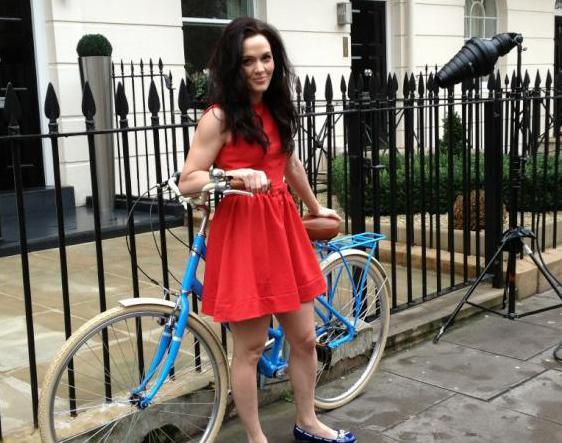 Halfords, Britain’s biggest bike retailer, has brought forward by a month the arrival in its stores of Olympic champion Victoria Pendleton’s new range of bicycles, reporting record pre-orders online – and says that the BBC programme Call The Midwife is partly responsible for the huge interest being shown.

Pendleton’s bikes, launched in London last month, have a decidedly retro look to them, and the retailer believes they have struck a chord among viewers of the BBC period drama, set in the 1950s, with characters shown hurrying from one appointment to another by bicycle.

One of the show’s stars, Miranda Hart, was recently snapped out and about on her bike in West London complete with her per shihtzu in a basket.

Three bikes are available in the rage, the Somerby, the Brooke and the Dalby, retailing at between £279.99 and £349.99, and their launch follows what it describes as an upsurge in sales of classic bicycles over the past year or so.

Clare Standage of Halfords, quoted on the financial website 4-traders, said: "We are not surprised by the demand for the Victoria Pendleton range.

“There is certain elegance about the traditional lines of a classic bike and it seems that the trend-setters are moving away from the macho, sporty look and going for a more relaxed everyday style which is perfectly epitomised by these bikes.”

Pendleton, competing next week in the UCI Track World Championships in Melbourne, added: "I wanted to help create a bike that you could just jump on to go down to the shops or the park without having to change into cycling kit.

“I do recognise that most women don't want to squeeze into lycra before they get on a bike and I am pleased to say you can definitely wear a dress to ride these cycles."