Tom Warmerdam, aka the Southampton-based artisan framebuilder Demon Frameworks, has shared the 'Best road bike’ prize at the North American Handmade Bicycle Show 2012 which is taking place this weekend in Sacramento, California. Rex Cycles, a Sacramento builder, was the other winner.

The winning bike, a Demon Frameworks Manhattan, is one of his new signature series of frames, which were having their first showing at NAHBS. Around 170 framebuilders were competing across the various categories, in front of what the organisers were predicting on Saturday night would be the best attended NAHBS so far. Tom, who was at NAHBS for the second time, was only exhibiting one bike.

The signature series comprises the Manhattan and the Hermes, two frames built around entirely self-crafted lugs, dropouts, fork crowns and, soon, the STI bosses and bottom bracket shell. Few builders tend to go down this completely custom route due to the time, resources and skill it takes to do so. “I don't want to go down the off-the-peg route,” Warmerdam told road.cc. “I want the customer to get something that’s totally mine, and for a Demon Frameworks bike to be instantly recognisable when you see one.” 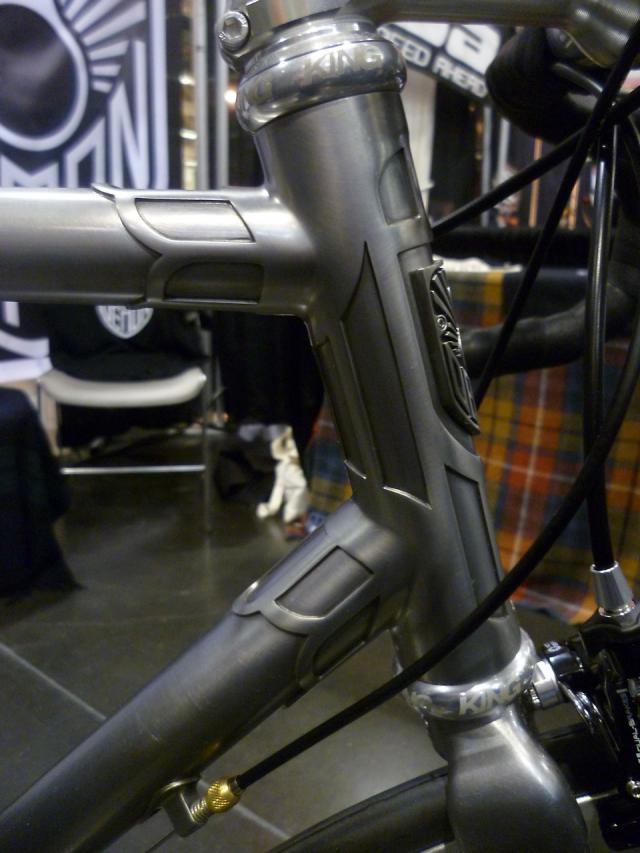 In that sense, he’s following in the tradition of hallowed British framebuilders such as Hetchins, who developed signature curly tubes and elaborately worked lugs in an effort to circumvent the ’no advertising’ rules of the British time-trialling scene from the 1930s onwards.

The Demon frame at NAHBS was a beautifully crafted Reynolds 853 frame, clad only in a super-tough clearcoat that showed off the painstakingly neat brazing. The intricate and yet modern Manhattan lugset was most noticeable at the head tube; and, though some details may change (for instance, the straight fork may become a little lighter), this is essentially what a customer would get when ordering a made-to-measure frame. 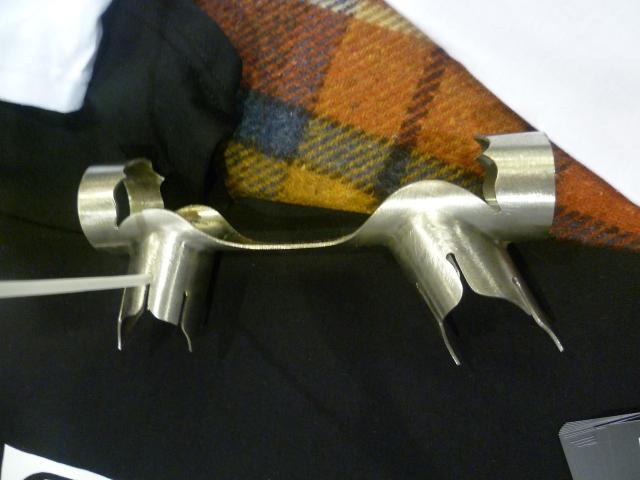 The Hermes, at this point just a set of lugs on a table in the Demon Frameworks booth, is due to be built into a track frame for the Bespoked Show in Bristol in less than three weeks time. Congratulations, Tom, and get building!