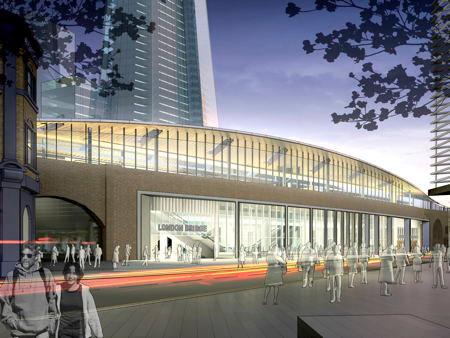 Network Rail has been told to think again by the Mayor's office over its plans for the redevelopment of London Bridge Station which would have seen a reduction in the amount of cycle parking available to commuters and the removal of two bike routes which serve the area.

Writing in response to the Network Rail's planning proposal the Mayor of London’s deputy Sir Edward Lister supports the objections made by the London Cycling Campaign and others with regard to the environmental impact of the proposed scheme in its original form and on the Mayor's behalf requires the organisation to come up with a better plan.

Network Rail’s £1.2 billions plans for the south-east London transport hub have been heavily criticised, with campaigners revealing that the redevelopment would reduce the quality and quantity of cycle parking at the station, as well as removing two key bike routes in the area.

Shortly after campaigners aired their criticisms, City Hall rejected the current version of the planning application, saying it didn’t comply with Mayor Boris Johnson’s long-term vision for the capital as set out in the London Plan.

City Hall’s 29-page response to the planning application says the new station will need at least 1600 cycle parking spaces to cope with future demand. It’s also more than three times the number proposed by Network Rail. The response also says the cycle routes on Stainer Street and Weston Street should be protected.

London Bridge Station and the surrounding area has been the focus for intense developement work over the past few years including the building of the Shard Tower by London Bridge Station itself. Indeed as part of this new developement, aimed at providing more north/south capacity at the station, it is proposed that the Shard concourse is re-modelled even though the building itself is not yet complete.

The robustness of the the response from the Deputy Mayor to Network Rails proposals for London Bridge has been welcomed by campaigners but also contrasts sharply with the Mayor's continued support for the controversial re-organisation of routes around the re-devloped station at Blackfriars Bridge which has seen a number of measures introduced that campaigners say put cyclists at risk.

LCC’s Mike Cavenett said, “We’ve made sure the Mayor has been under intense scrutiny all summer because of his refusal to take significant steps to improve Blackfriars Bridge for cyclists.

“It’s pleasing he’s chosen to listen to cyclists on this latest issue, and in doing so avoided another potentially damaging conflict.

“Nevertheless, we’ll continue to push for this redevelopment to address the lack of bike-friendly streets and junctions in the area, including the bridge itself.

“Like Blackfriars, more cyclists use London Bridge in the morning than cars and taxis combined.”

During 2011, the London Cycling Campaign organised a series of ‘flashrides’ on Blackfriars Bridge, as well as mobilising cross-party London Assembly member support in a vote against the Mayor’s plans for the area.

This week the not-for-profit organisation launched a drive to attract more members to strengthen its campaigning activities.