If you think the Pashley is an expensive steel bike, you ain't seen nothin'...
by dave atkinson

Remember the Cinelli Laser from the 1990s? Course you do. Those fillet brazed tubes with aerodynamic filled sections. That seat tube that wrapped around the wheel. As a track bike it was a top performer for many years, and it was made in various incarnations as a road machine too. There were versions without seat tubes, the one with the Keith Haring wheels, all sorts of different tubesets... even a tandem. But always that same metallic blue finish. And now it's back. 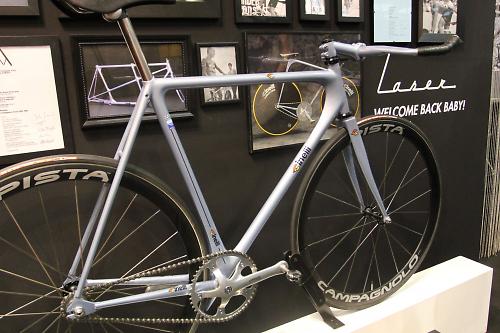 Oooooh, and it's such a beauty. The years have been kind: the new frame is pretty faithful to the original but it looks just as lovely now as it did 20 years ago. It's the track frame of course, fillet brazed from Columbus tubing with the same filled profiles as the original. It's sitting pretty on the Cinelli stand, and behind it is the Laser wall of fame, with any number of variations of the bike including the iconic Keith Haring track bike, top right... 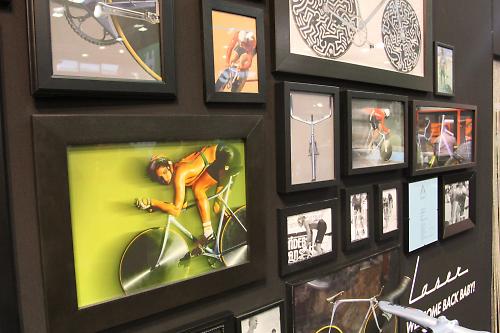 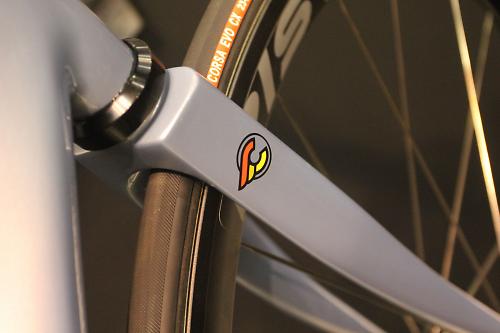 The new Laser Pista has a square crown fork that's different to the lugged one that came with the original Laser Pista frames, but still looks the nuts. The seat tube is shaped around the rear wheel and filled at the bottom bracket between the seat tube and down tube to give a lovely organic look. It looks like a skinny Carbon bike more than a steel one; difficult to believe it's made from tubes and brazed together... 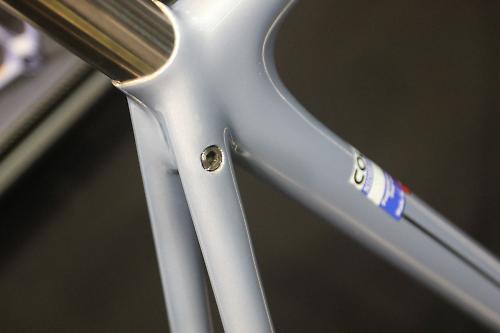 The satpost binder is recessed into the top of the seatstay, very classy indeed. The whole thing is a joy.

Cinelli are making just 21 of these frames to celebrate the fact that the bike is 21 years old. And they sold fifteen of them in just a few days, in spit of the the fact that they want €7,500 for the frame and fork. Yes, seven and a half thousand euros, and you'll need to get some wheels and transmission and stuff on top of that. Assuming you spec it like Cinelli have here, that's probably nine grand you'll be needing then. Yowch.

If you want one, best get on the blower to Cinelli quick smart. Only six left!