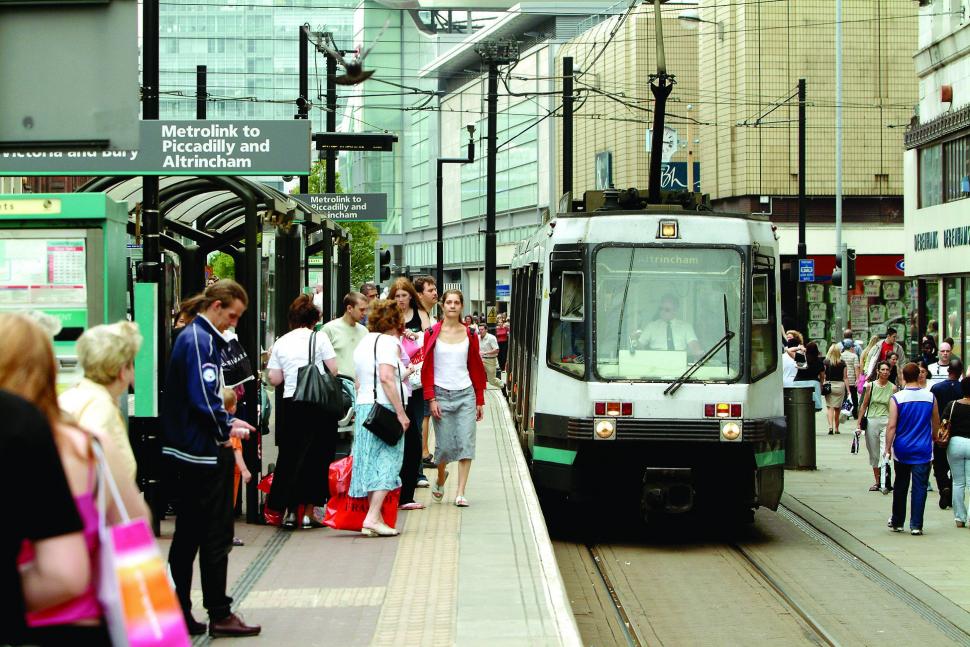 Survey finds some public support, but £3m cost of converting trams is deal-breaker
by Simon_MacMichael

Bikes will continue to be banned from Manchester’s tram network following a review that says it would cost £3 million to allow them to be carried, despite a campaign by bike advocacy groups urging that current rules be changed.

At present, bicycles are only allowed on the city’s trams if “they are folding and fully encased,” the final three words presenting a problem for most people actually wanting to ride their bike at wither end of the journey.

More than half of those surveyed (56%) believed that bikes should be allowed onto trams, but less than one in ten (7%) agreed that enough seats should be removed to accommodate four bicycles.

Just over two in five people (43%) supported seats being removed, wile one in three (35%) said that seats should be removed to allow two bikes per tram to be carried. Meanwhile, just over seven in ten (71%) said they backed the introduction of permits allowing bikes to be carried, or cyclists being charged to do so.

GMITA’s policy and resources committee is due to make a final decision on the issue next week, but the report’s recommendation is to “maintain the current position,” since enabling bikes to be carried on trams would cost £3 million to make necessary changes to rolling stock.

Councillor Keith Whitmore, chair of Manchester City Council’s Policy and Resources Committee, insisted: “This review has not been about banning cyclists from Metrolink – indeed, there are cycle-parking facilities across the network, with more to come. It has been about whether bikes can safely be taken on to trams.

“The working group has taken a long, hard look at this issue, considered a great deal of information, including the safety implications, and asked tram passengers for their views, as well as cycle and environmental groups,” he continued.

“The process has been open and thorough, with the benefit of views from all sides of the debate. When we make our decision on Friday I am satisfied that we will be doing so based on as much high quality information as possible.

“The committee now needs to consider the working group’s findings before this important matter can be resolved,” he concluded.