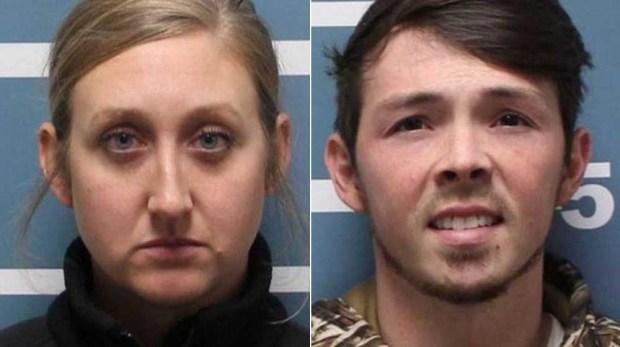 A couple in California lured bike thieves by leaving an unlocked bike outside their home, then assaulted them with a baseball bat and posted footage of the beatings to social media, say police.

Corey Curnutt, aged 25, and Savannah Grillot, 29, carried out assaults on at least four people between July and November last year and posted videos of the attacks to Facebook and YouTube, says Visalia Police Department.

According to officers, the pair would leave a bicycle in the front yard of their residence, unlocked, and wait for someone to try and steal it.

When that happened, they would rush outside and assault the would-be thief with a baseball bat.

Police in the city, which lies in the San Joaquin Valley roughly midway between San Francisco and Los Angeles, said that in each case the victims received “various non-threatening injuries.”

Both Curnutt and Grillot were located by officers last Wednesday and booked for assault with a deadly weapon and conspiracy.

According to mercurynews.com, which has video of one of the incidents, neighbours of the couple said they moved in during the early summer last year, and shortly afterwards the pair were themselves victims of crime with their car broken into twice.

Neighbour Kerris LeBeau said that at first other residents of Dove Avenue backed the pair for their action against bike thieves, but they then “started to bait them and do it for other reasons.”

She added: “There would be blood in the street or on the sidewalks the next day.”

Videos of the incidents have been deleted from Curnutt’s Facebook page, where he boasted of his “crazy adventure … catching criminals, and training to be a professional fighter!”

The couple have since moved to Lemoore Naval Air Station and a spokesman for the US Navy confirmed that it is investigating the role of Grillot, a serving sailor, in the incidents.