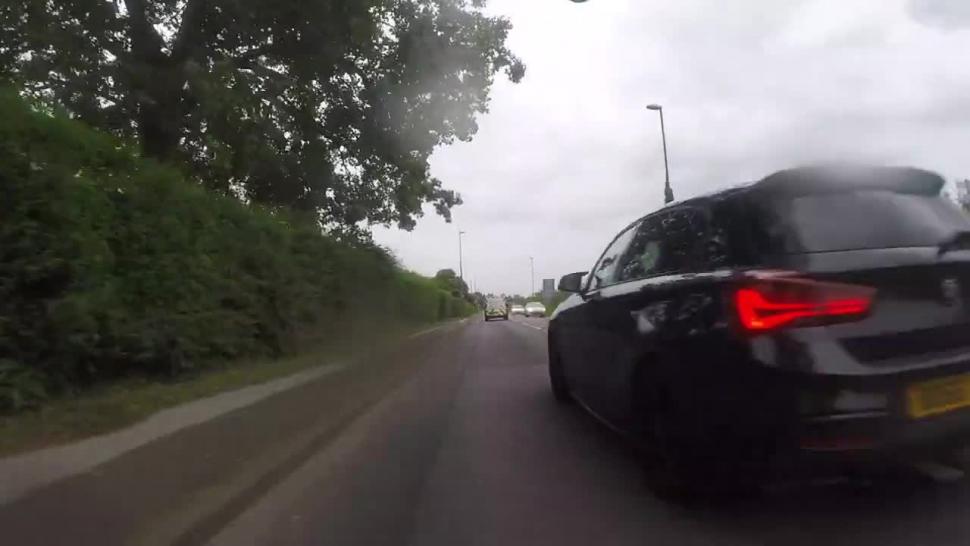 A road.cc reader has expressed his frustration with Derbyshire Constabulary after submitting 25 videos of poor driving to them with only one resulting in a motorist receiving a warning letter.

The reader, Pompey Cyclist, has submitted footage to police forces including Hampshire and Thames Valley for a number of years, “sporadically reporting the very worst of incidents,” and now rides mainly in Staffordshire and Derbyshire.

“At the beginning of 2019 I was already disheartened by the lack of action taken by police,” he said. “I decided at this time that I'd start reporting everything I deemed to be warning letter worthy.

“There's roughly a 50/50 spread between my reports this year to Staffordshire and Derbyshire. I reported everything with video.”

After raising several complaints with Staffordshire Police, in August he met a sergeant “and they've completely changed their process due to all my whining.”

No prosecutions resulted, but he said that “they always send a warning letter now,” although with most of his riding in Derbyshire, he has submitted perhaps four reports to Staffordshire Police since then.

He told us that with Derbyshire Constabulary, uploading videos and filling in supporting information is time-consuming and once completed an email is sent from a no-reply address “with no reference number, no names of cops, no contact details.”

Beyond that email acknowledging the submission, he said, “You don't hear anything from them.” Emailing the general address on particularly bad incidents got no response, while calling the non-emergency number 101 proved fruitless because reference numbers could not be reconciled.

After making “a lot of noise” he was phoned by an officer who “was unable to give me specifics as to why certain incidents aren't good enough for prosecution.”

He complained, asking for “specifics as to why these incidents weren't prosecutable,” and “a list of all my reports with the outcomes next to them.”

He was told – as he had been by the original officer – that the footage did not “meet the threshold for prosecution,” and that he reported too many incidents.

Eventually, earlier this month and after “lots of back and forth arguing via email,” he received the list, with 19 of the 25 entries marked for no further action and only six requiring investigation.

The outcomes of the six videos that police investigated, according to the inspector who dealt with the complaint and with extra detail from Pompey Cyclist was:

1 – Inches away from that oncoming car, and a foot from me. Says that the driver denied this was dangerous and the footage doesn't provide footage to support a realistic chance of prosecution.

2 – Insanely close.  My wheels and legs were below his mirror. Closed but no update.

5 – Driver says he was verbally abused by me. I filtered past him so I didn't have to breathe in his exhaust for a minute. I swore at him after he literally used his car as a weapon. He was given a verbal warning. For a clearly deliberate attack with his car. He even screams at me in the video and tells me I'm not allowed to filter. I've cut this bit out. So clearly deliberate.

6 – Close, and poor conditions, but really tame compared with other incidents. This is the one single warning letter that they've sent out in a year. If you had to choose which incident of all of my reports required a warning letter, you wouldn't guess this one, in a thousand guesses.

“The strange thing is, there are far, far more dangerous ones that I've reported than some of these six,” Pompey Cyclist added. You can find a selection of those videos at the end of this article.

“I know some of them don't look bad enough to be Near Miss of the Day but the police should definitely be dealing with them.

“My issue here is that the police think they're not even dangerous enough to require a warning letter, that the complaints I've raised have been closed with no explanation, and that they're excusing this driving with no punishment at all, in all cases but one, which wasn't even that bad in comparison, where they just sent a letter.”

His experience appears to confirm something we’ve long been aware of through our Near Miss of the Day series, which now runs to more than 300 videos – that there is a definite postcode lottery going on in terms of how police treat such footage, depending on the force responsible for the location the incident happened in.

Pompey Cyclist didn’t hold back on his criticism of Derbyshire Constabuary, maintaining that “the amount of time and energy [they] are putting into simply avoiding doing their job is astounding.

“For six months I’ve been arguing with them that they should be acting on at least some of these but they’re adamant that they’re right.

“This, despite me telling them that I had the same issue with Staffordshire Police who accepted they were wrong and completely changed their process.

“I even recommended they speak to the Metropolitan Police or Surrey Police or West Midlands Police, but they refused. They said they won’t be doing that.”

In conclusion, he said: “So yeah, I know other forces are bad, but I’ve not heard of any who have spent this much time avoiding doing their jobs.”