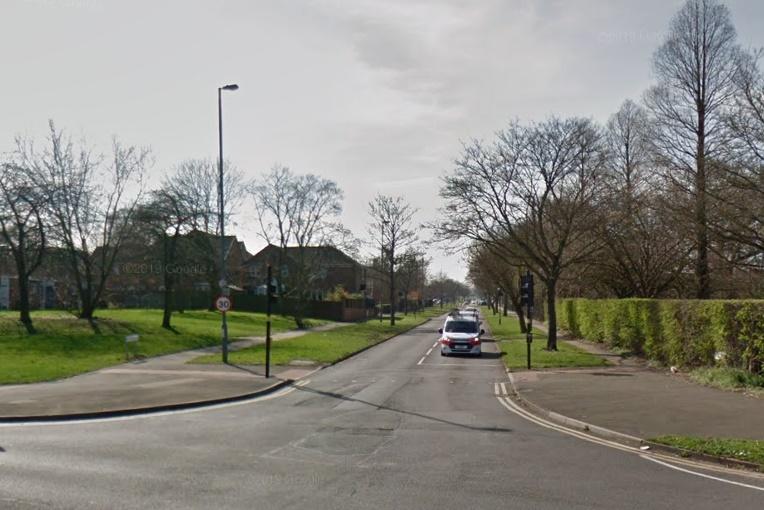 Police are appealing for information after a club cyclist was pushed off by a motorbike passenger in Birmingham on Tuesday. Andrew Marsden, 67, said that as the men rode off, they also tried to push a friend he was riding with.

At about 7pm, Marsden and three other Cannon Hill Cycling Club members were riding through the traffic lights from Gregory Avenue onto Long Nuke Road in Weoley Castle when the unprovoked attack took place.

He told the Birmingham Mail that the motorbike rider deliberately manoeuvred into him so that his passenger could push him off.

None of the cyclists managed to get the number plate, but the person who pushed him looked back to see what he had done. Marsden said he was wearing black and had masked the lower part of his face with a white bandanna.

"I am not angry with the person who did this, just sad he thinks he has to do something like this to get his kicks,” he said.

"I had three X-rays and after they cleaned out my wound down right down to the bone using something like a toothbrush, I then had nine stitches," he said.

"They could only anaesthetise it so much and they gave me morphine while I had three procedures done to clean out the wound, which involved cutting about 4cm of skin away in a damaged area about the size of a small tea cup.

"The nurses also gave me a sterile pack to bite on and I thought to myself, 'This is 2019, not 1819. I was almost expecting a bottle of rum to go with it.

"The injury was right on the elbow and they cleaned it out in about ten minutes. I've also got gravel rash on both legs and they were worried about my hip at first."

He also suffered “quite a lot of damage” to the Polygon bike he’d brought back from a trip to Australia.

"I just want to get back out on my bike again,” he said, before thanking all of his club mates for their support. “All of the members have been absolutely brilliant. I am so please I am a member of it."

West Midlands Police said: "Police are investigating after a cyclist was knocked off his bike in Gregory Avenue, Selly Oak shortly before 7pm on Tuesday, September 17.

“A man in his 60s was taken to hospital for treatment to injuries not believed to be life threatening or life changing. An appointment has been arranged to speak to the cyclist as enquiries continue.

“Anyone with information can contact us, quoting log number 2205 of 17/09 via Live Chat at www.west-midlands.police.uk between 8am and midnight, call 101 anytime or contact Crimestoppers anonymously on 0800 555 111.”

We’ve reported on a number of cyclists being pushed off by passengers in passing vehicles over the years. In several cases, those responsible have subsequently posted footage of the incident to social media.

Earlier this month we reported that Kent Police were appealing for information after a cyclist was pushed off the road by a car passenger on Bank Holiday Monday. A series of similar incidents earlier in the year had led the local newspaper to brand it a “warped trend”.

In July, a Hartlepool cyclist suffered a dislocated shoulder and fractured collarbone after being pushed off. The local MP this week branded such attacks ‘tantamount to attempted murder’.