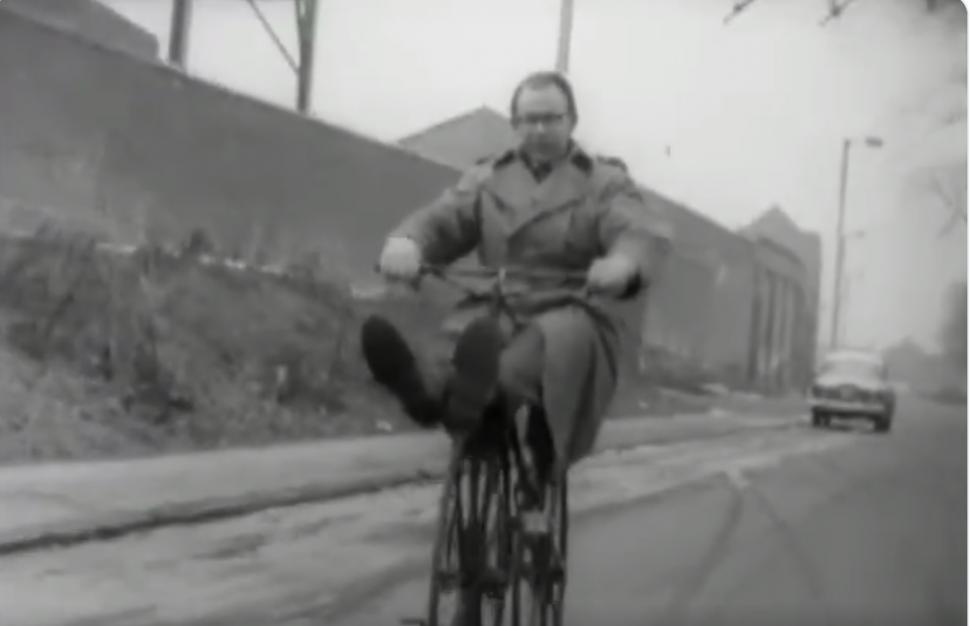 Cracking piece of vid from the BBC archive (but you guessed that) - a 56 year old piece on the history of the bicycle in Coventry.

Top marks to the intrepid reporter who rides a succession of original early bikes including a bone-shaker, a penny farthing, and a succession of trikes – note the trailing microphone cable behind him as he rides along the road - chapeau! Also note the lack of traffic - interestingly back in 1963 what struck the reporter most about Coventry’s roads was the lack of bicycles - 10 years earlier they’d have been full of them he tells us.

#OnThisDay 1963: Tonight visited Coventry, to take a whimsical look at the history of bicycles (and tricycles) in Britain. pic.twitter.com/buCRbF2P6c

Rather scarily some of the stuff he's talking is only 20 years further back from 1963 than 1963 is from now.

Hey @TrekBikes did you see that the Royal baby is getting a bike? I’m excited that the @RoyalFamily is encouraging cycling. Get kids on bikes early and create healthy habits. #cyclinglife #kidsbike pic.twitter.com/WpjGqlAfkJ

A certain right-leaning tabloid's stalking of The Duchess of Sussex and Prince Harry has revealed that their child will have a brand new Trek kid's bike to get around on thanks to a generous/very rich guest to Meghan's baby shower.
It’s not the first time the Royals has been lavished with a bicycle… back in 2011 Boris Johnson presented Prince William and then fiancée Kate Middleton a £500 tandem ‘Boris bike’ ahead of their wedding back in 2011 – which received criticism as he insisted that TfL funded the cost of the bike. If only spending a few hundred quid of public money on a bike was our biggest Boris-related financial problem nowadays…

If you're thinking of getting your nipper's first bike or have enough cash to buy one for someone's baby shower too, you can find some info on the very capable Trek Wahoo plus 16 more of our best kid's bike picks in our buyer's guide here.

21 February 2019, 12:39
Video of woman being pushed off her bike by car passenger surfaces on Twitter

Not a great view of him, but this idiot shows his face (a bit) while knocking this woman off her bike. Anyone who knows him is sure to recognise him from this... pic.twitter.com/Bgi3EuAW8d

The shocking clip shows a man lean out of a car window and push a woman into a hedge.

We spotted the original footage yesterday evening when it was retweeted by Twitter user Ivan Brasso. The post he was retweeting was subsequently deleted - but not before Irish website Sticky Bottle grabbed it and posted it again.

We're unsure if the woman was ok following the incident, although in the comments someone claims the police have been informed. The offender's face is reasonably clear.

Shockingly some on Twitter are openly expressing their amusement at the clip, including the 'person' below who when asked how he would feel if this was his mum replied: "I’d have disowned her long ago for being a cyclist!". We'll be following up to see if the offender is brought to justice.

Good morning! Your day won’t get much better than this. pic.twitter.com/Af60IwnAmR

You know the cyclocross race that we told you about in yesterday's blog? Well, Tom Meussen won the famous (in Belgium) high jump competition, equalling the competition record of 80cm!

Gutted to be missing the @uae_tour I was really looking forward to the TTT & 2 uphill finishes
Unfortunately I underestimated the effect training and racing at altitude would have on me this early in the season.
Best of luck to the team! https://t.co/i1q82Rttxf

Froome said he underestimated the efforts he put out during a couple of hard weeks in Colombia, and Sky's team will now be led by Michał Kwiatkowski and Gianni Moscon for the UAE Tour. 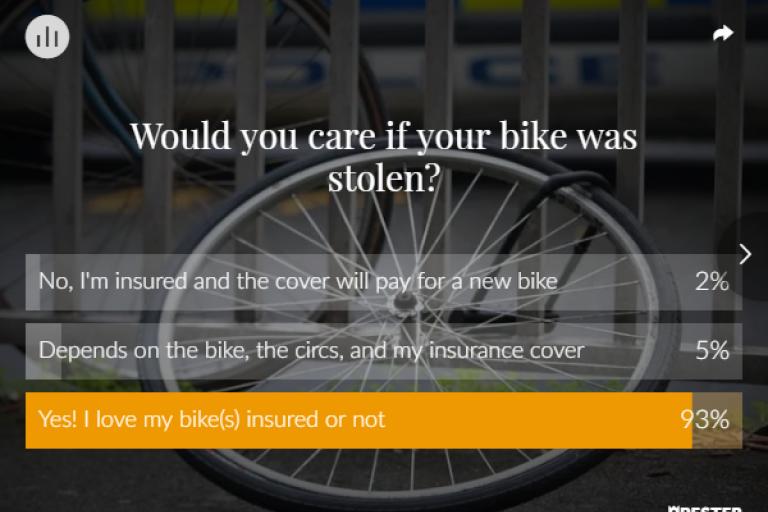 Would you care if your bike got stolen? (spoiler... yes)

On Tuesday's blog we ran a poll asking you if you would actually care if your bike got stolen - being as a fair few of you will have some level of insurance and will be able to get some sort of replacement, we thought it was feasible some of us might not be too miffed if we had to get a brand new replacement should a thief strike.

Well it seems you all love your bikes insured or not, as a whopping 93% said you definitely wouldn't like your pride and joy stolen! Just 2% said they weren't bothered, and 5% said it depends on the bike and the insurance level. It seems the decision of the British Transport Police to shut down their bike theft unit in London and the south east will prove to be an unpopular one, then. 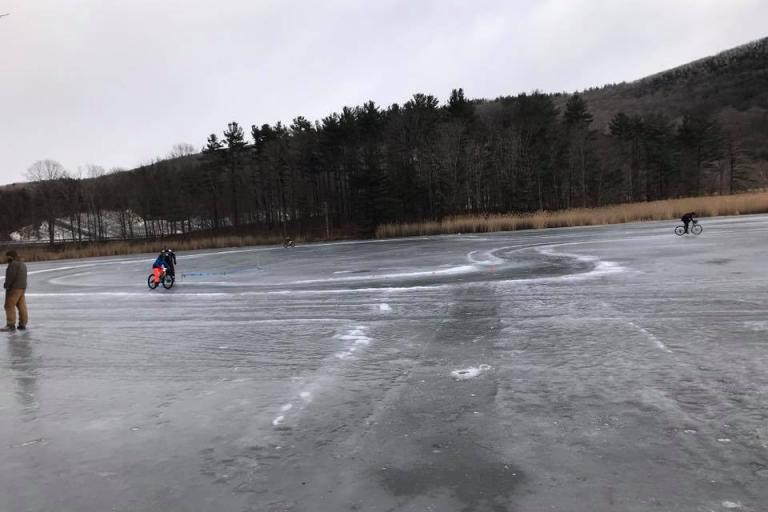 We've just caught wind of this barmy event held annually in Massachusetts, where participants race a crit on a completely frozen pond. Racers dressed their tyres with hundreds of screws and studs in a (sometimes futile) attempt to stay on their bikes over the multi-lap course. Check out the Facebook event page hosted by Berkshire Bike and Board to see more photos.

Look at her go!

On a day when there hasn't been loads of news about to put a smile on our collective faces - this certainly does the trick (okay, a small girl on a pink bike racing a police car probably doesn't count as news but we're willing to stretch the definition for this one). Aside from the fact she gets up to an impressive clip, this young cyclist also displays masterful control of her bicycle - particularly tricky given it's got stabilisers on plus as anyone who's daugther(s) have ever had a similar bike will know those sort of pink Barbie bikes are flipping hard to ride.