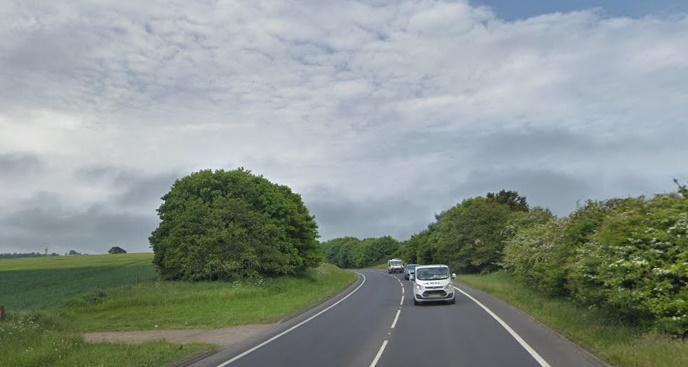 Hartlepool cyclist hospitalised after car passenger pushed him off

Cleveland Police are appealing for witnesses after a cyclist was pushed from his bike by a passenger in a moving car. The 44-year-old victim suffered a dislocated shoulder and fractured collar bone.

At around 9pm on Tuesday July 16, a cyclist riding along the A179 towards Hart Village was pushed from his bike by an unknown individual travelling in a passing car.

Police said that those responsible then made off from the scene.

The cyclist remains at the University Hospital of North Tees receiving treatment.

Anyone who witnessed the incident, or who may have dash cam footage, has been asked to contact Detective Constable Anthony Wallace via the non-emergency number 101, quoting the event number 120856.

Crimestoppers can also be contacted anonymously on 0800 555 111 or online.

We’ve reported on a number of cyclists being pushed off by passengers in passing vehicles over the years. In several cases, those responsible have subsequently posted footage of the incident to social media.

Earlier this year, a spate of attacks in Kent led the local newspaper to brand it a “warped trend”. Kent Police told road.cc that they could not trace having been notified of any of any incidents, and urged victims to contact them so they could investigate.

A little further back, in 2017, an Essex cyclist suffered severe facial bruising and a broken nose after allegedly being pushed off midway through a time trial.