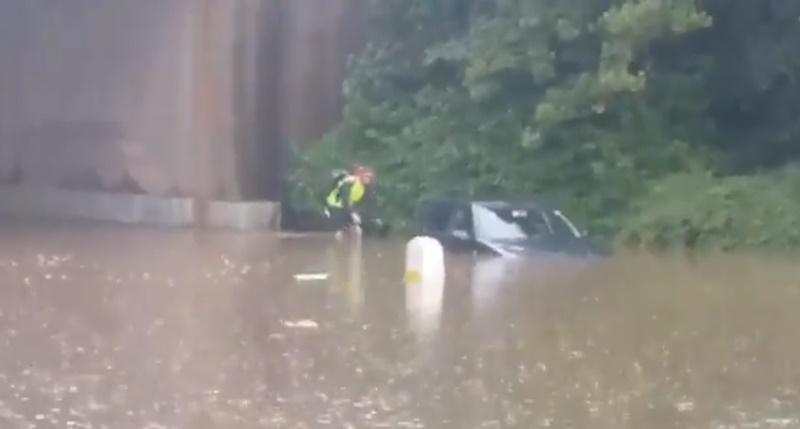 At the deepest point, the cyclist’s wheels were entirely submerged.

The extreme weather has been causing havoc in the East with huge floods - but it didn’t stop some persistent commuters.

Flooding has caused severe problems in many parts of the country over the last couple of weeks.

Last week in our live blog we reported how a bridge on the Yorkshire World Championships road race course collapsed after heavy rain caused flash flooding.

In 2016, a flood risk specialists published findings that showed that city-wide evacuations in the event of flooding can be done significantly more efficiently by bicycle.

The findings of Fedor Baart and Anna van Gils were largely to do with how much traffic any given road can carry. They say that it is possible to fit 100 times the number of bicycles on any stretch of highway due to size and ability to move left and right to adapt to weight of traffic.

Flooding can make it impossible for cyclists to see road hazards such as potholes, however, and official advice from the Environment Agency is to “avoid walking or driving through flood water.”

While that doesn't specifically mention cycling, the implied message to bike riders is the same.

The agency adds: “Be aware that flooding can cause manhole covers to come off,” which would present a particular danger to cyclists.