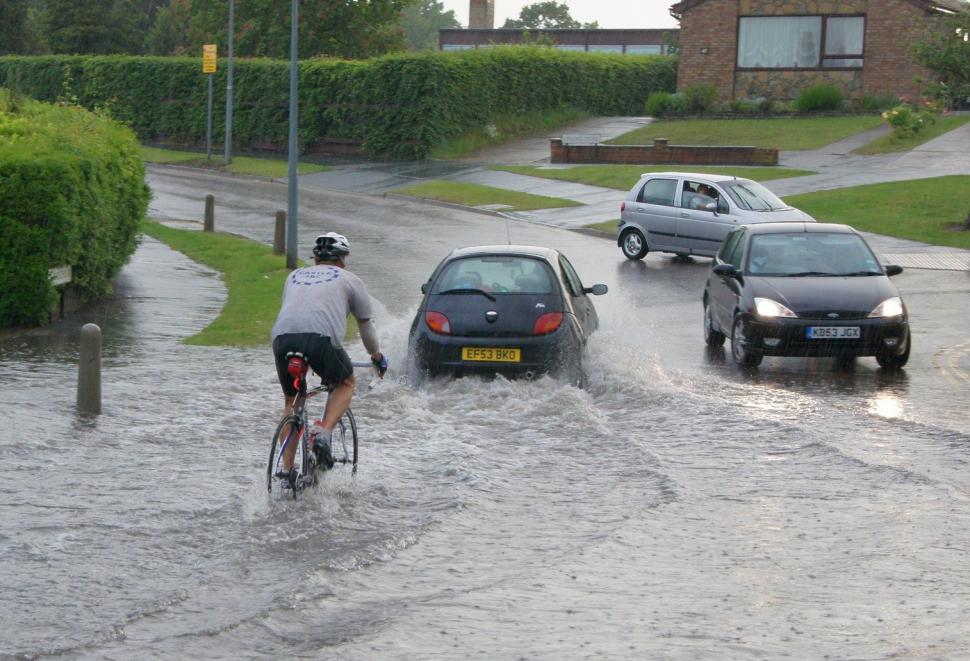 Evacuating a city by bicycle is 5 times more efficient

Escaping a flood in the Dutch Randstad megalopolis would be impossible by car; experts say grab a bike or climb a tree
by Elliot Johnston

A flood risk specialist has published findings that show city-wide evacuations in case of emergencies like floods can be done significantly more efficiently by bicycle.

Fedor Baart, a specialist at flood risk and adaptive delta planning company Deltares, published his findings on LinkedIn where he, and co-author Anna van Gils, use the low-lying megalopolis of the Randstad in the Netherlands as their case study.

The Randstad is an conurbation made up of the cities of Amsterdam, Utrecht, Rotterdam and the Hague. The 4,300 km of urbanised land has a population of 7.2 million.

They surmise that in the case of costal flooding a full evacuation of the area by car would be impossible; even with two days of warning. He also explains out that in order to evacuate 2.2 million people from Den Haag and Rotterdam in an 8-hour timeframe, 86 lanes of highway would be needed.

Baart and van Gils do offer a solution; and it isn't the 'vertical evacuation' which involved climbing trees that some scientist suggested. The pair recommend the Netherlands's go-to urban mode of transport: bicycles.

They say that it is possible to fit 100 times the number of bicycles on any stretch of highway, due to size and ability to move left and right to adapt to weight of traffic.

Their findings also state that the 2.2 million people evacuating Den Haag and Rotterdam by bicycle could escape in eight hours using only 16 lanes of traffic.

While still potentially unfeasible, Baart and van Gils do note that should a flood occur it would likely be heading in a North-Westerly direction, meaning cyclists should have a convenient tail wind to help them flee.

There are limitations, of course, to a totally bicyclised evacuation. Baart and Gils say that aspects like transporting those who can't cycle, are too old to cycle, or don't have the equipment must be considered.

Even more so, undertaking something as hazardous as a five-hour flood evacuation in likely stormy weather would be significantly less pleasant by bike than in a mode of transport that provides more shelter.

The pair recommend an evacuation experiment one car-free Sunday.