All today's news from the site and beyond and we start a new week. ... 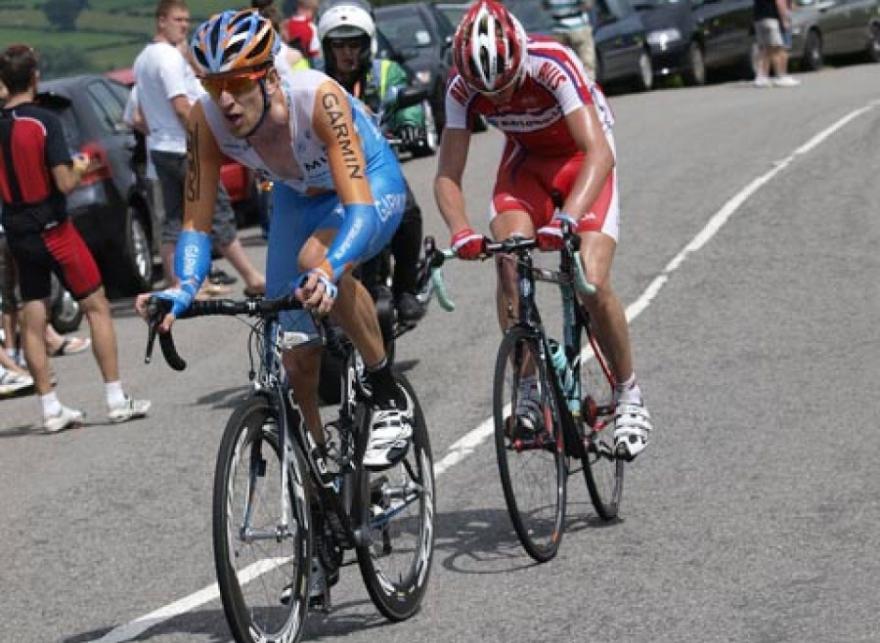 Colombian cyclist Jarlinson Pantano, who won a Tour de France stage in 2016 when he was with the IAM Cycling team, has tested positive for EPO, the UCI has confirmed.

World cycling’s governing body said that the rider was targeted for testing by the Cycling Anti-Doping Foundation.

It added: “The rider has the right to request and attend the analysis of the B sample.

“In accordance with UCI Anti-Doping Rules, the rider has been provisionally suspended until the adjudication of the affair.

“At this stage of the procedure, the UCI will not comment any further on this matter.”

The 30-year-old’s current team, Trek Segafredo, said: “It is with deep disappointment that we have just learned that our rider, Jarlinson Pantano, has been notified of an adverse analytical finding in a sample collected during an out of competition control carried out by the Cycling Antidoping Foundation.

“In accordance with our zero-tolerance policy, he has been suspended immediately.

“We hold our riders and staff to the highest ethical standards and will act and communicate accordingly as more details become available,” it added.

15 April 2019, 14:11
Another cycling and walking paradise in London thanks to an unlikely source

Last week Hammersmith Bridge was shut indefinitely to motor traffic thanks to the lack of money the council had to fix it, and this week the Extinct Rebellion climate change action group are responsible for closing off Waterloo bridge. They've started putting trees and potted house plants up to ensure the road remains blocked off for the foreseeable...

When the world seems to be talking about something else, we always try to bodge in a cycling reference... and this time we thank The Humour Feed for sharing this gallery (original credit unknown) in which Bronn from Game of Thrones starts in the men's Olympic Road Race (photo 14). 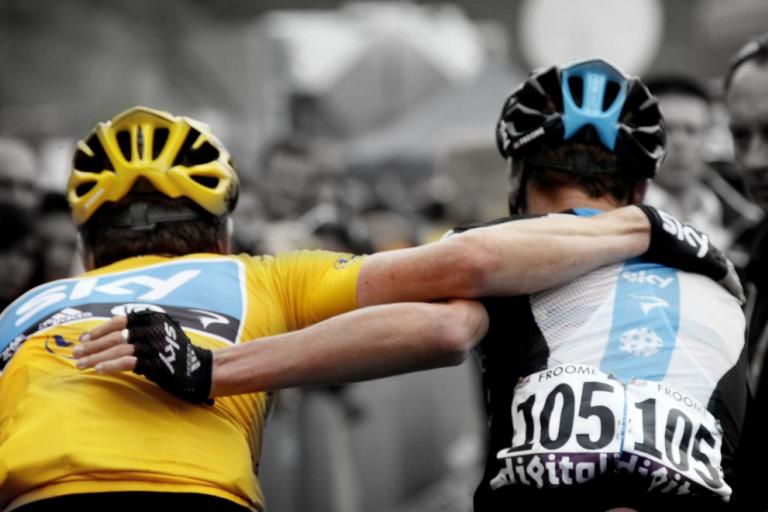 Remember Chris Froome saying on Nico Rosberg's Beyond Victory podcast last week that he had issues trusting Bradley Wiggins at the 2012 Tour de France because of the previous year’s Vuelta, where he had to follow team orders and surrender the leader’s jersey to Wiggins, only to prove the stronger of the two Team Sky riders during the third and final week of the race, finishing second with his team-mate in third?

Well, it was bound to provoke a reaction from Wiggins, and so it proved in the latest episode of his Eurosport podcast, The Bradley Wiggins Show, when he said that Froome – who finished runner-up as his team leader became the first Briton to win the yellow jersey – “couldn’t scratch his arse” before the 2012 Tour de France.

You can listen to the full segment here.

The intrepid youngster finished the 145km epic over the famous cobbles on Saturday, gaining special permission to ride as the usual minimum age for the event is 18. He completed the course in just over seven hours. He said: “I’m really proud to have done Paris-Roubaix, it was a brutal but an amazing experience. The Arenberg was horrible but after that I got more used to the cobbles and my BMX'ing came in handy as I could bunneyhop into the gutters! Lots of people were encouraging me and I got lots of high fives along the way.”

Aged just nine Alfie, who attends the The Weald School in Billingshurst, West Sussex, climbed the Ventoux and Stelvio inside 48 hours. He also conquered the Col du Galibier a few months later.

15 April 2019, 08:22
Evaldas Siskevicius has ride of his life to finish 9th in 2019 Paris-Roubaix... a year after arriving at the finish to find velodrome doors closed

You may remember the Lithuanian rider's story of stubbornness from last year, in which he battled through exhaustion and a puncture 30km from the finish only to ignore the motorbike sweeper and continue on out of pure determination and respect for the race. Siskevicius found security had already closed the gates to the velodrome that Peter Sagan had rode through to claim victory over an hour before, and had to sneak in to cross the finish line.

A year on, and Siskevicius had the absolute ride of his life to record a top ten finish on the Hell of the North. Hard work pays off, chapeau that man.

*Edit* They do say if it's not on Strava it didn't happen, and luckily for us Siskevicius has already uploaded his epic ride from yesterday! Link here with all the juicy data.

The folks at Velon managed to edit together plenty of carnage just a few hours after the finish - check out the madness and Gilbert's victory from another perspective...

15 April 2019, 08:17
Elation from Philippe Gilbert as he clinches his fourth monument

Gilbert is seen in tears after winning Paris-Roubaix yesterday, and is embraced by team manager Patrick Lefévère as he comes to a stop on the famous velodrome. Full report on yesterday's epic here.

It is estimated that 75% of Dutch people sometimes sing while cycling, so they have created designated cycling paths where you are encouraged to sing aloud. (h/t @BicycleDutch.) pic.twitter.com/ugbe0XrDuG

Apparently it's a thing in the Netherlands!

ICYMI, here are some of our top stories from the weekend:

- 11 ways the pros prepare for Paris-Roubaix

1
Sigma Sports set for expansion as private equity firm buys into business
2
6 highlights from Rapha’s new spring collection
3
The ‘Roadmap out of lockdown’ – what does it mean for cycling?
4
Near Miss of the Day 547: “My fellow riders did not know how I was not hit,” says cyclist as Jeep driver tailgates overtaking motorbikers through pinch point
5
Custom bike specialist WyndyMilla unveils one-off tribute to guitar legend Eddie Van Halen
6
Tell us your best UK routes on komoot and win a Garmin Edge 1030 Plus worth £519!
7
Specialized patents full suspension system for road bikes
8
Schoolgirl killed in bike crash 'died doing something she loved'