Chris Froome says he had issues trusting Sir Bradley Wiggins during the 2012 Tour de France, and that he considered attacking his former team-mate.

But it was evident that there were tensions between the pair, highlighted on Stage 11 of the race when Froome rode off ahead of Wiggins, only to be ordered to drop back by sports director Sean Yates.

Speaking to retired Formula 1 driver Nico Rosberg on his Beyond Victory podcast, Froome recalled: “There were definitely a couple of moments where I thought ‘right I’m going to go for it now.’

“But the team orders and the guys calling the shots in the car were straight onto me and called me back.”

Yates later said that the episode on the stage to La Toussuire almost led to Wiggins, whom he said felt as though he had been “stabbed in the back,” quitting the race

Froome told Rosberg that he had a problem trusting Wiggins as a result of the previous year’s Vuelta.

During that race, Froome rode himself into the overall lead following the Stage 10 individual time trial, but the following day was made to work for Wiggins, who took over the red jersey. 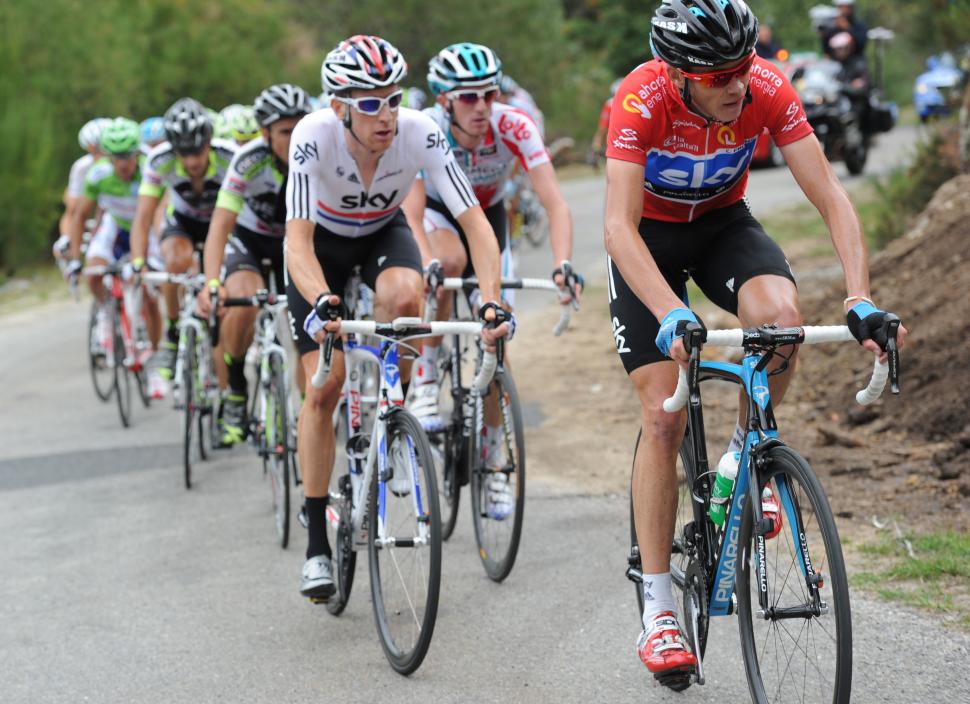 Wiggins’ would eventually finish third overall, with Froome leapfrogging him into the runners-up spot behind Juan Jose Cobo.

“The difficult part for me was trusting him as the leader, given that in the last big race, the Vuelta a España, I’d gone there to support him and he fell apart in the last few days,” Froome said.

“The team turned to me and said ‘right now you have to try and win it’.

“Going into the Tour de France I had this in my mind. I was thinking ‘I’m doing a job for this guy, but if he falls apart in the last few days I need to be in the position to take over again.’”

He pointed out that Wiggins had “never won the Tour de France at that time. Okay I’d never won it either, but there were a lot of reservations in my mind.

“I was also quite young at that time. I had more Tours to come. He was at the peak of his career, that was his year.

“Being part of a team you have to make sacrifices here and there. That was a sacrifice for me.

An injury picked up at the Giro d’Italia in 2013 meant that Wiggins missed the 2013 Tour de France, with Froome going into the 100th edition of the race as Team Sky’s undisputed leader,

He won that year, and has since won three more titles, putting him one short of the record for most Tour de France wins.

Last year, however, Froome lost time on the opening stage due to a crash and it was team-mate Geraint Thomas who emerged as Team Sky’s main challenger, taking the yellow jersey on Stage 11 of the race to La Rosiere.

He extended his lead after winning at Alpe d’Huez the following day and kept the yellow jersey all the way to Paris, while Froome would finish third overall.

The pair are both expected to start this year’s race in Brussels, by which time Team Sky will have become Team Ineos after its change of ownership, effective from 1 May.