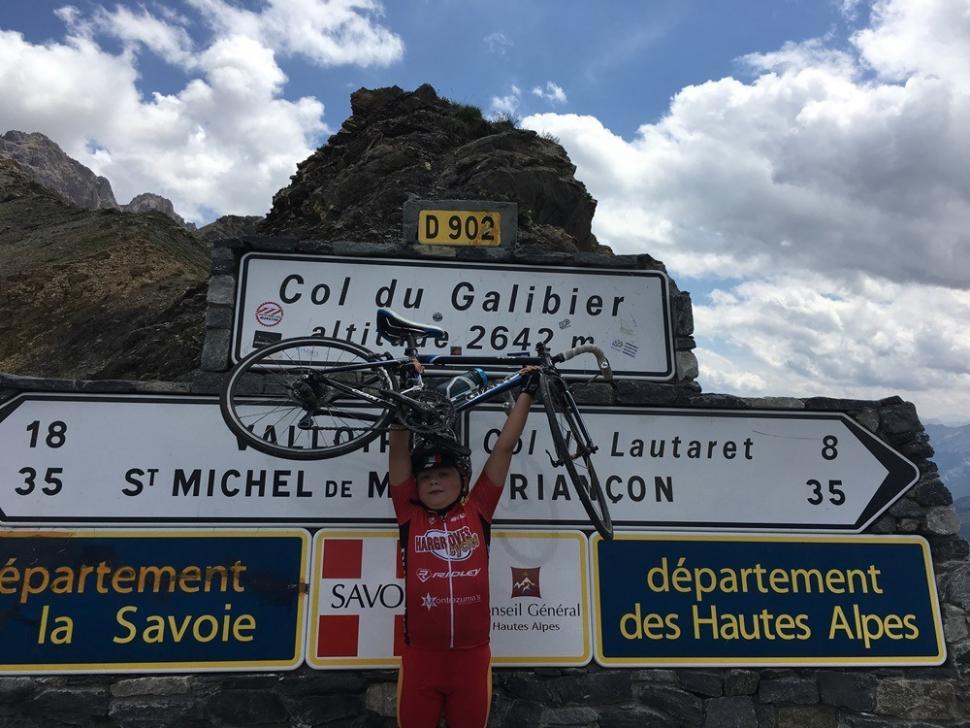 Alfie Earl – the nine-year-old from West Sussex who last year rode up Mont Ventoux and the Passo dello Stelvio inside 48 hours – has now added the Col du Galibier to his list of cycling achievements.

According to his father, Steve, who accompanied him, he completed the ride in three-and-a-half hours.

Steve described the day as sunny “with headwinds at times” and said Alfie was applauded at the summit by dozens of cyclists who had seen him ride up and who had waited to congratulate him.

"I wanted to do the Galibier so I had done the treble of the three most legendary mountains in France,” said Alfie. “I set my mind on it and I just tried to smash each one – even though the Galibier was so hard.”

He thanked his mum and dad “for driving me to these places and just letting me try if I want to” – and it sounds like they should gear up for further trips.

"I want to try to be the best young rider that I can be. But going up mountains can be fun too and I love the views. I'm going to think about what's next, but whatever I do I have learned to take on challenges. One day I'd like to climb the Aubsique and the Peyresourde because of the history, but maybe even the Angliru in Spain and the Zoncolan if I feel like it. And perhaps Paris-Roubaix.”

He’s also supported by Hargroves Cycles, who have provided him with kit.

Earlier this year, Alfie became the youngest person to ride from London to Paris, after making the journey alongside his 12-year-old sister, Saskia, who is believed to be the youngest girl to complete the trip.