Academics in Australia have called for the word “cyclist” to be banned after a study revealed that more than half of drivers don’t view people on bikes as being completely human.

The study established a link between the dehumanisation of bike riders and acts of deliberate aggression towards them by motorists.

The research was carried out by academics at Monash University, Queensland University of Technology's Centre for Accident Research & Road Safety – Queensland (CARRS-Q) and the University of Melbourne's School of Psychological Sciences.

They say it is the first study to look at the dehumanisation of a specific group of road users, with previous research on the subject focusing on racial or ethnic groups.

Published in Transportation Research Part F: Traffic Psychology and Behaviour under the title ‘Dehumanization of cyclists predicts self-reported aggressive behaviour toward them’ the researchers say that cyclists are seen as a minority group which makes them a target of negative attitudes and behaviour.

In total 442 people in New South Wales, Queensland and Victoria were questioned about their attitudes towards cyclists and asked whether they themselves were a cyclist or non-cyclist.

Participants were shown one of two images – the well-known picture of the evolution of apes to humans, and one specially designed for the study that showed the evolution from cockroach to human. 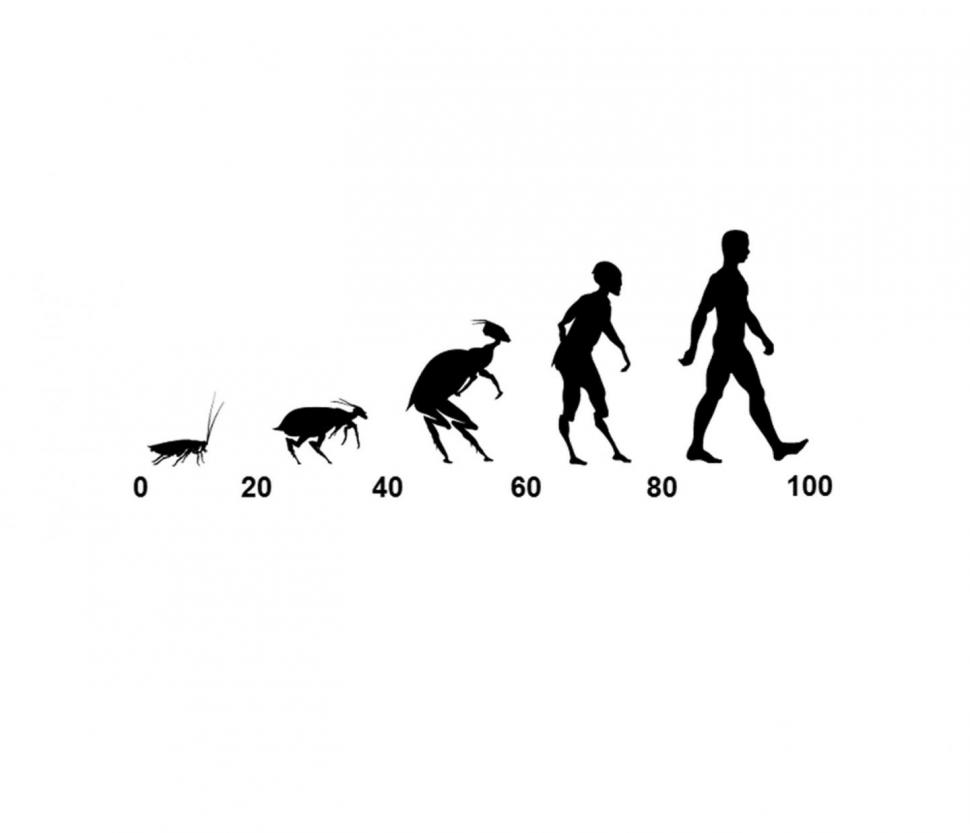 Lead author Dr Alexa Delbosc said the latter had been chosen due to words such as "cockroaches" or "mosquitoes" being used as insults against cyclists.

Dr Delbosc said: "When you don't think someone is 'fully' human, it's easier to justify hatred or aggression towards them. This can set up an escalating cycle of resentment.

"If cyclists feel dehumanised by other road users, they may be more likely to act out against motorists, feeding into a self-fulfilling prophecy that further fuels dehumanisation against them.

"Ultimately we want to understand this process so we can do a better job at putting a human face to people who ride bikes, so that hopefully we can help put a stop to the abuse."

Co-author Professor Narelle Haworth, who is director of the CARRS-Q Centre, said it wasn’t just a case of motorists dehumanising cyclists.

"The bigger issue is that significant numbers of both groups rank cyclists as not 100 per cent human," she explained.

"The dehumanisation scale is associated with the self-reporting of direct aggression.

She added: "Let's talk about people who ride bikes rather than cyclists because that's the first step towards getting rid of this dehumanisation.

In 2015, we reported how campaigners in Seattle had successfully overcome a ‘bikelash’ over the introduction of better cycling infrastructure in the US city through careful choice of words that do not create a “them and us” attitude, such as saying “people driving” instead of “drivers” and “people cycling” instead of “cyclists.”

> Are you a ‘cyclist’ or a ‘person who cycles’? How language helped Seattle overcome its ‘bikelash’