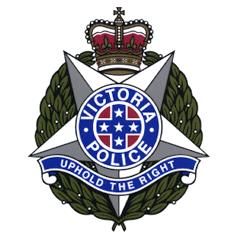 There’s nothing unusual about police warning cyclists not to ride through red lights, as many news stories here on road.cc confirm. But when the police force in question is in the Australian city of Geelong, and the cyclists concerned are training for next week’s UCI Road World Championships there, you have to admit that it’s a novel spin on an old story.

According to the Geelong Advertiser, the Victoria city’s top traffic policeman, Senior Sergeant Shane Coles, is laying down the law to the world’s top pros after his wife noticed cyclists riding four abreast, and has threatened to ticket those caught breaking the law.

"If they are detected they will be booked, it doesn't matter if they are the world champion, the law is the law and they've got to comply with it," he told the newspaper.

Heaven help any riders who undertake a recce of the course lidless in defiance of the country's compulsory helmet laws.

The newspaper added that Michael Palmer, general manager of the UCI organising committee, had told it that certain cyclists were in the habit of paying scant attention to traffic signals and other laws while out training.

"Stopping at red lights is something they don't spend a lot of time bothering about," he said. "Basically people out driving around Geelong need to keep a bit of an eye out.”
Mr Palmer continued: "We're working with the teams to make sure they understand they've got to abide by the road rules, but there's plenty of examples ... there goes another one.

"That's at the corner of Myers and Moorabool and there's three in the last... while I've been talking to you, gone through red lights.

"We'll be talking with them to make sure they stop doing that," he added.

Let’s just hope that Senior Sergeant Coles and his colleagues are kept fully in the picture about when the training stops and the racing starts. He could always consult our guide here on road.cc.