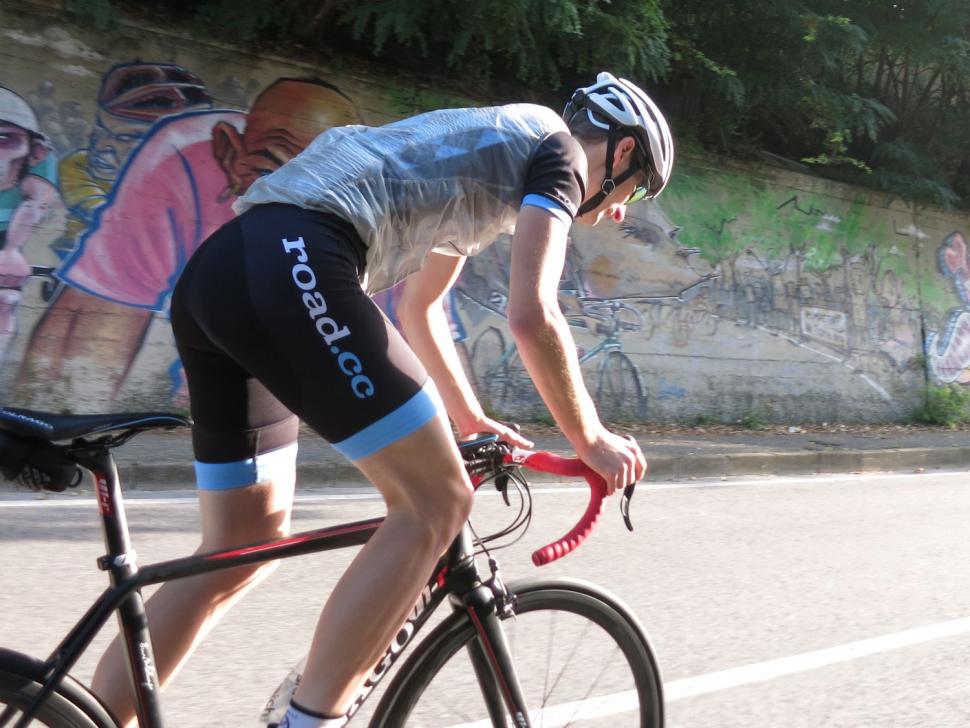 Clean bike = faster rider? Survey suggests it could be so – and talking to your bike might help too +video

A clean bike is a happy bike, but it might also make for a more confident and therefore faster rider too says research from Kärcher UK
by Tony Farrelly

Ahead of the Tour de France, Kärcher (y’know the jet washer people) have released a survey claiming that for four in five cyclists (86 per cent) believe having a clean bike resulted in a more confident ride; and as being confident is on of those marginal psycholigical gains that can make you go marginally faster. So now we know why all those pro team mechanics spend so much time cleaning the bikes.

The study, asked over 1,000 professional and amateur sportspeople about their relationship with their kit. The research found that four in five sportspeople (81 per cent) say that they have a more positive frame of mind when using newly cleaned sports equipment compared with dirty. So clean equipment would seem to be even more important to cyclists than the rest of the general sporting population. Mind you, surfers are even more obsessed with having a clean board than cyclists are with a spotless bike - according to Karcher 93 per cent of them said a clean board equalled more confident wave riding.

How to clean and lube your bike for maximum cycling efficiency

Dr Josephine Perry, sports psychology consultant and a member of the British Psychological Society, who worked with Kärcher on the study said, “The process of cleaning, preparing and tuning up your equipment is an important ritual for both elite and amateur athletes and building it into their pre-competition routine will help them feel in control of their nerves and race day ready.”

She added, “As well as boosting the athlete’s own confidence, having great looking, freshly cleaned equipment sends a signal to the athlete’s competitors that they are taking the event seriously and have prepared really well for it, putting them on the front foot before they have even begun racing.”

“In many sports the margins between success and failure are so small that people are constantly looking for ways to give themselves an edge. An element that sports psychologists have found makes a big difference is feeling confident. A great way to improve your confidence is having the equipment you need, and it being in great condition.”

How to clean your bike the easy way

Not only that, three fifths (58 per cent) of those questioned said they feel a “personal bond” with their equipment, with 84 per cent saying they regularly clean their kit in the belief that if they look after their equipment it will look after them. 58 per cent say their sporting rituals extends to “talking to their kit” – with over half (52 per cent) doing so to boost their confidence. We’re slightly surprised that only 58 per cent of sports people feel a personal bond with their equipment and talk to it - that said, 58 per cent is an average across all sports and it’s probably a lot easier to feel a personal bond to a bike or a surfboard than it is to a pair of running shoes or set of golf clubs.

Generally we take most surveys like this with a large pinch of salt, this one it has to be said does have a firm ring of truth to it. Kärcher interviewed 13,804 people to drill down to 1,013 sportspeople - we’ll leave the statisticians amongst you to decide it that is a representative sample of individual sports, our one observation being that as cycling is the third biggest participation sport in England* cyclists are likely to have been well represented in the sample.

Do Kärcher just happen to have something in their jet washer arsenal suited to the needs of the outdoorsy athlete like you and (stretching the definition of athlete well beyond breaking point) me? You bet your bippy they do. “With outdoor sports like cycling, running and surfing growing in popularity we have developed the Kärcher OC3 portable cleaner, which has become an immediate best-seller as it taps into the psyche of people who know that clean equipment makes a difference.” So now you know.

Along with their survey Kärcher have also released CLOSE UP, a series of short films by BAFTA-nominated director Gary Tarn, which looks at the psychology of three professional sportspeople – Team GB BMX rider Shanaze Reade, British champion surfer Andrew Cotton, and professional hiker Paul Steele – and the cleaning rituals they use in their respective fields. Dunno about the films about Andrew Cotton and Paul Steele, but there’s not much cleaning in the film about Shanaze Read (above) - actually a very good watch that really does give an insight in to the psyche of a top sports person.

Oh, she does have this to say about bike cleaning too: “There is no doubt about it, when I have a clean bike I feel ready to perform. But more than that, and I know it sounds ridiculous, but for me my bike is the equivalent of someone’s horse — if I have shown I’ve cared for it, I’m convinced it will care for me. I do not mind admitting I talk to my bike and the cleaning process is like a bonding process.”

I think Shanaze speaks for most of us there - especially the ‘horse’ bit… or maybe that’s just me.

*The most popular sports according to the most recent Sport England data are: