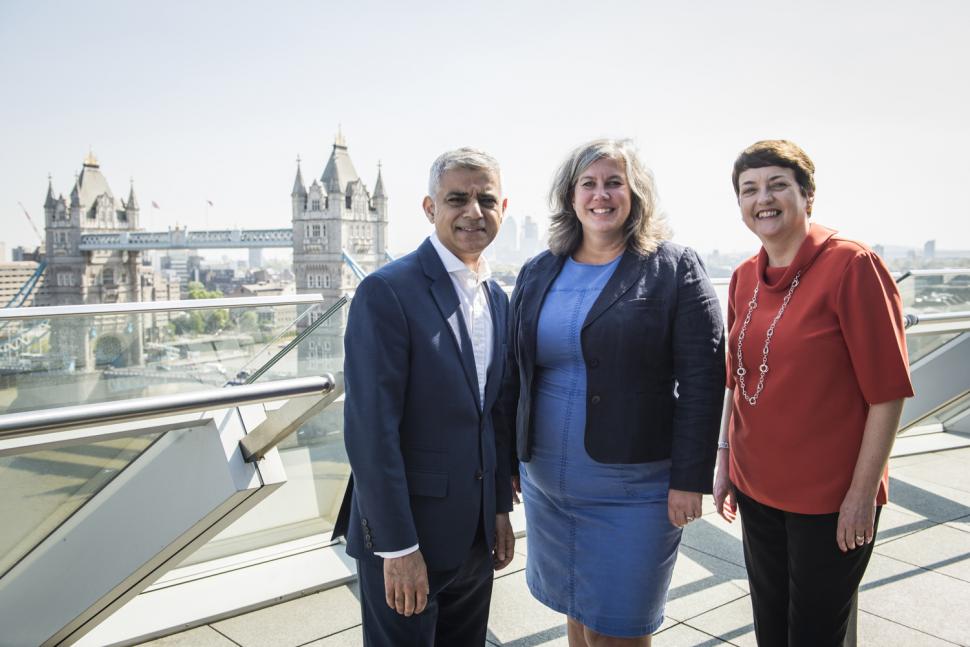 Heidi Alexander, the Labour Member of Parliament who last year called for tougher laws to be introduced against people who cycle dangerously, has been appointed by Sadiq Khan as his Deputy Mayor for Transport.

The Lewisham East MP’s constituents include Matthew Briggs, who launched a campaign for the law to be toughened after his wife Kim was killed by Charlie Alliston, who crashed into her on London’s Old Street in February 2016.

Alliston, who was riding a fixed-wheel bike that had no front brake, was convicted by an Old Bailey jury of causing bodily injury through wanton and furious driving under the Offences Against The Person Act 1861, but acquitted of manslaughter.

After he was sentenced to 18  months’ custody in a young offenders’ institution in September 2016, Alexander raised the issue of the law relating to dangerous cycling at Prime Minister’s Questions.

She asked Theresa May: “Does she agree that the law on dangerous driving should be extended to included offences by cyclists and that the 1861 offence of wanton and furious driving, on which the prosecution had to rely in this case, is hopelessly outdated and wholly inadequate?"

In response, the Prime Minister said that the Labour MP had "raised an important issue. We should welcome the fact that the prosecution team were able to find legislation under which they were able to take a prosecution, but she makes a general point about ensuring that our legislation keeps up to date with developments, and I am sure that the Secretary of State for Transport will look at the issue."

Later that month, Transport Minister Jesse Norman announced a two-part cycle safety review, currently under consultation, which will address not only how to improve the safety of cyclists, but also whether a new offence equivalent to causing death by careless or dangerous driving should be introduced.

In December, in a written question Alexander pressed Norman over “when he plans to commence the second phase of the review of cycle safety announced on 21 September, into wider road safety issues.”

The minister, whose responsibilities at the Department for Transport include cycling, replied that a Call for Evidence would be published “in early 2018” and that “Preliminary discussions regarding Phase Two have already started.“

> Government asks for “help, ideas and evidence” on how to make cycling safer

Alexander, who succeeds Val Shawcross in her new role, will step down as an MP, with City Hall saying, “In law it is not possible for Heidi to be both Deputy Mayor and an MP.”

Observers of London politics will note that for the final 12 months of his term as Mayor of London,  Khan’s predecessor, Boris Johnson, combined that role with sitting in the House of Commons as MP for Uxbridge and South Ruislip.

Andrew Gilligan, who served as London’s Cycling Commissioner under Johnson, was among those who reacted on Twitter to today’s appointment, writing: “Heidi Alexander cycles – and has voiced support for improvement. But her main recent work in the field was to lead the campaign for tougher dangerous cycling laws.”

London Cycling Campaign (LCC) told road.cc that it wanted to thank Shawcross “for her dedication and support for cycling in London,” which saw LCC members vote her and fellow co-chair of the Greater London Assembly Transport Committee, Caroline Pidgeon, Cycling Champions of the Year 2015.

“We thank Val for her subsequent efforts, as Deputy Mayor for Transport, in creating the positive approach to sustainable transport that figures large in the Mayor’s Transport Strategy,” LCC continued.

Commenting on the new appointee, LCC said: “We are looking forward to working with Heidi Alexander as she steps into her new role as Deputy Mayor for Transport, supporting her to achieve the Mayor’s ‘Vision Zero’ target of no deaths or serious injuries on the city’s roads by 2041.

“To achieve this very worthwhile aim we need to see far improved infrastructure for walking and cycling accompanied by the right legislation to ensure safe and considerate behaviour on all roads.”

Alexander, who was first elected to the House of Commons in 2010, acted as campaign chair for Khan when he was seeking selection as the Labour candidate in the 2016 mayoral election.

The Mayor said  he was “delighted” that she had agreed to take up the position.

“Heidi knows this city inside-out, and her work both as Shadow Health Secretary and campaigning over the best Brexit deal has demonstrated the terrific job she will do as part of my team standing up for London,” he said.

“Heidi is respected across the political divide as a parliamentarian and campaigner, and Londoners can be confident she will ensure we deliver our ambitious plans to transform London’s transport network over the coming years.”

Alexander acknowledged that Shawcross , who retires after 18 years at City Hall where she chaired the Greater London Assembly’s Transport Committee and more recently helped Khan draw up his transport strategy and five-year business plan, would be “a hard act to follow but I can't wait to get started.”

She added: “After eight years as the Member of Parliament for Lewisham East and six years as a local councillor, I know just how important it is we ensure everyone has access to a high-quality and affordable public transport network, with safe cycling routes across the capital. London is a fantastic city.

“I know Sadiq wants its transport system to be the envy of the world and I am looking forward to playing my part in making that happen."