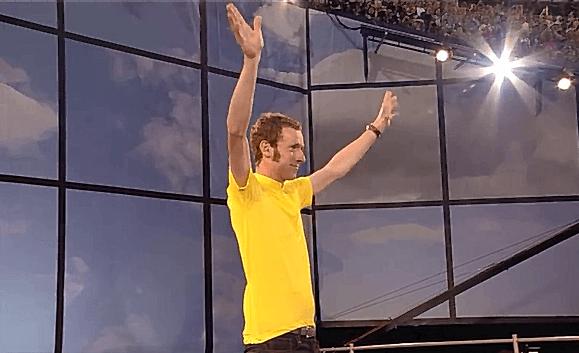 Sunday papers come out against cycling's success story amid further revelations...
by Simon_MacMichael

In Summer 2012, Team Sky and British Cycling were on top of the cycling world. Bradley Wiggins, five days on from becoming the first British rider to win the Tour de France, was given the honour of ringing the bell to get the opening ceremony of the London Olympic Games under way.

In the velodrome at the Olympic Park in Stratford, Team GB dominated, as they had done in Beijing four years earlier, with Dave Brailsford - juggling at the time his role as Great Britain Cycling Team performance director with being Team Sky principal - the architect of those successes on the road and on the track.

Both would be knighted in the New Year's Honours at the end of the year, but now their reputations seem tarnished beyond repair - and while Wiggins may have retired, Brailsford remains at the helm of Team Sky but there are calls for him to resign.

When Team Sky was launched at the start of 2010, with Wiggins its prize catch, Brailsford's stated aim of winning the Tour de France clean with a British rider within five years attracted a mixture of mirth and incredulity.

Within three years, however, two had stood on the top step of the podium on the Champs-Elysees wearing the yellow jersey that in 2012 marked Wiggins and 12 months later Chris Froome as the winners of cycling's biggest race.

But now, Brailsford's much-repeated mantra of zero tolerance has the most hollow of rings to it.

Even if it cannot be proved that Team Sky broke any specific anti-doping rules, it's clear now that at the very least they pushed right up against the limits of what is legally allowed and in so doing entered a grey area that means they can no longer claim the moral high ground.

It's not often that the Mail on Sunday and The Observer agree on something.

But in separate opinion pieces published today, two of the most respected journalists in sport, the Mail's Oliver Holt and William Fotheringham of the Observer, both said Brailsford should go.

The background, of course, is the controversy over the Jiffy Bag delivered to Team Sky doctor Richard Freeman at the 2011 Criterium du Dauphine.

That, and the issuing of Therapeutic Use Exemptions to Wiggins for otherwise banned drugs ahead of key races including that 2012 Tour de France.

In a scathing piece in the Mail on Sunday, Holt said: "Caught out in lie after lie, wriggling like a fish on a hook, it has become obvious now that the entire concept of Team Sky was a giant masquerade, a grand illusion, indulged by cheerleaders for too long and run by hollow men.

"I'm sorry if that sounds harsh but it's meant to. Team Sky took a lot of us for suckers. The protestations of their general manager, Sir Dave Brailsford, that this was to be a team with spotless competitive ethics, determined to win the right way, seems bitterly funny now."

It's hard to disagree with him.

Yes, some might point out that he isn't a specialist cycling writer, or they might take issue with him due to the newspaper he  writes for, but he is far from the only journalist casting doubt on Sky's ethos.

Veteran cycling journalist William Fotheringham, the author of some of the best books on the sport, didn't pull any punches in his piece in the Observer today.

He asked:  "When does a situation become sufficiently untenable that to remain in post is counterproductive? When to leave and how to do it so that one’s departure does as little damage as possible?"

Fotheringham continued: "I imagine – I would hope – that Sir Dave Brailsford is thinking along those lines at present, reflecting on his position in the wake of Wednesday’s horror show in a House of Commons committee room, pondering the background and trying to anticipate what the future might hold as UK Anti-Doping continues its inquiry into the putative contents of the most infamous Jiffy bag in British sport."

Describing Brailsford's position as "untenable," he added: "If he is not persuaded, it is time for Sky’s equivalent of the men in suits to step in" - and sack him.

Quite how much damage is being done to the Sky brand with the continuing revelations that cast a shadow over its successes, and what implications that might have for future financial support of the venture, is a chapter yet to be written in its story.