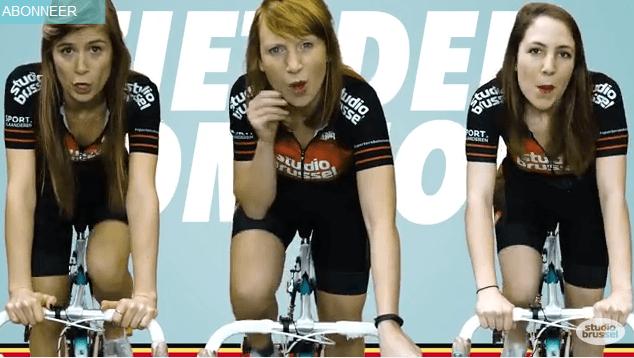 Video: Tom Boonen given a Belgian rap tribute as he heads towards retirement

Belgium is gearing up to give one of its sporting heroes, Tom Boonen, a hell of a send-off as he brings down the curtain on a glittering career at Paris-Roubaix in early April – and among the more ‘out there’ tributes we’ve seen is this Flemish rap song about the Quick Step Floors rider.

We were alerted to the song – stick with it, the video gets properly ‘out there’ around 40 seconds in – by a comment on this post by in-the-know blogger The Inner Ring which looks back on Boonen’s career and just what it is that lies behind his popularity.

It’s well worth a read, as are the comments beneath, some of which which flag up musical tributes to the rider affectionately known as Tommeke.

In one of those, StevhanTi mentioned the new song about Boonen – it’s certainly not the first, as others point out – but here’s what he had to say:

The original song is quite a hit in Flanders for the moment and the lyrics were adapted at the request of ‘Studio Brussel’ a popular radio network.

The lyrics are sung in the same dialect as Boonen and the singer is (said to be) the tattoo artist who did Boonen’s ink as well.

Boonen getting some road rash, stiff muscles but a good training after all was almost bigger news than Ben Hermans winning two stages and the overall in the season’s first race with proper mountains …

That’s a reference to BMC Racing’s Hermans clinching the overall at the Tour of Oman last week.

Aged 30, when it comes to big one-day races, the Belgian is more a rider for the hillier terrain of the Ardennes rather than the Cobbled Classics, which start on Saturday with the Omloop Het Nieuwsblad.

Belgium isn’t short of top cyclists, of course, though there’s a question mark over whether any of them can capture the hearts of Flemish fans the way Boonen has.

Those victories have, done his profile in his home country no harm, and he could be the rider most likely to assume Boonen’s mantle.

LottoNL-Jumbo’s Sep Vanmarcke, 28, is a decent bet to take a cobbled Monument at some point. Like Van Avermaet, he already has podium finishes at the Tour of Flanders and Paris-Roubaix, but once Boonen leaves the peloton, he is likely to have the burden of expectation on him in those races.

Former world champion Philippe Gilbert’s palmares include three Monuments, stages of all three Grand Tours, and the 2012 UCI road world championship. But at 34, the BMC Racing rider is heading into the twilight of his career and moreover comes from the French-speaking part of the country.