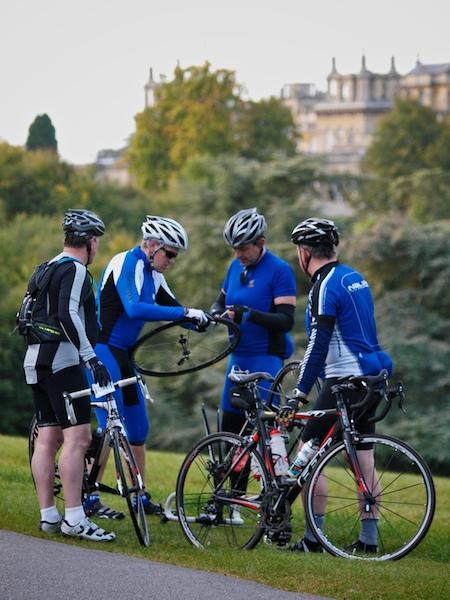 Today's midlife crisis more likely to result in purchase of Pinarello than Porsche...
by Simon_MacMichael

New research from leading market research firm Mintel has helped dispel the myth often portrayed in certain elements of the media that cyclists and motorists are two distinct groups and never the twain shall meet by highlighting that the keenest cyclists are most likely to have at least two cars in their household.

Mintel has even coined an acronym to describe those cyclists – MAMILs, standing for ‘Middle Aged Men In Lycra,’ which generated some discussion on our forum over the weekend – although here at road.cc we have to admit that we’re big also big fans of more flattering fabrics such as sportswool. It adds that those cyclists are suffering from "the noughties version of the mid-life crisis".

The consumer research company’s report, Bicycles in the UK 2010, which has received widespread coverage in the mainstream media including The Guardian and the BBC, also says that regular cyclists – which it defines as people who get on their bike at least once a week – are more likely than average to read broadsheet newspapers, shop at Waitrose and have household income in excess of £50,000 a year. They’re also twice as likely to be male as female.

Michael Oliver, who wrote the report, said: "Thirty or 40 years ago, people would ride a bike for economic reasons, but our research suggests that nowadays a bicycle is more a lifestyle addition, a way of demonstrating how affluent you are."

The research shows that growth in bike sales is being propelled by 35- to 45-year-old men with families, who instead of going off and buying a sports car as they approach middle age now go for high-end bike instead.

Besides the one in eight people who cycle once a week or more, there is a similar proportion who cycle occasionally, but the biggest barrier to getting non-cyclists to take to two wheels is the perception that cycling is dangerous.

The report adds that while it is attuned to many trends that currently resonate with consumers – “health and wellbeing, a sense of community, and environment,” cycling lacks “some of the less acknowledged selling points favoured by car drivers: personal safety, comfort, style, convenience and speed.”

It concludes that getting more people in Britain to ride bikes therefore remains a challenge.