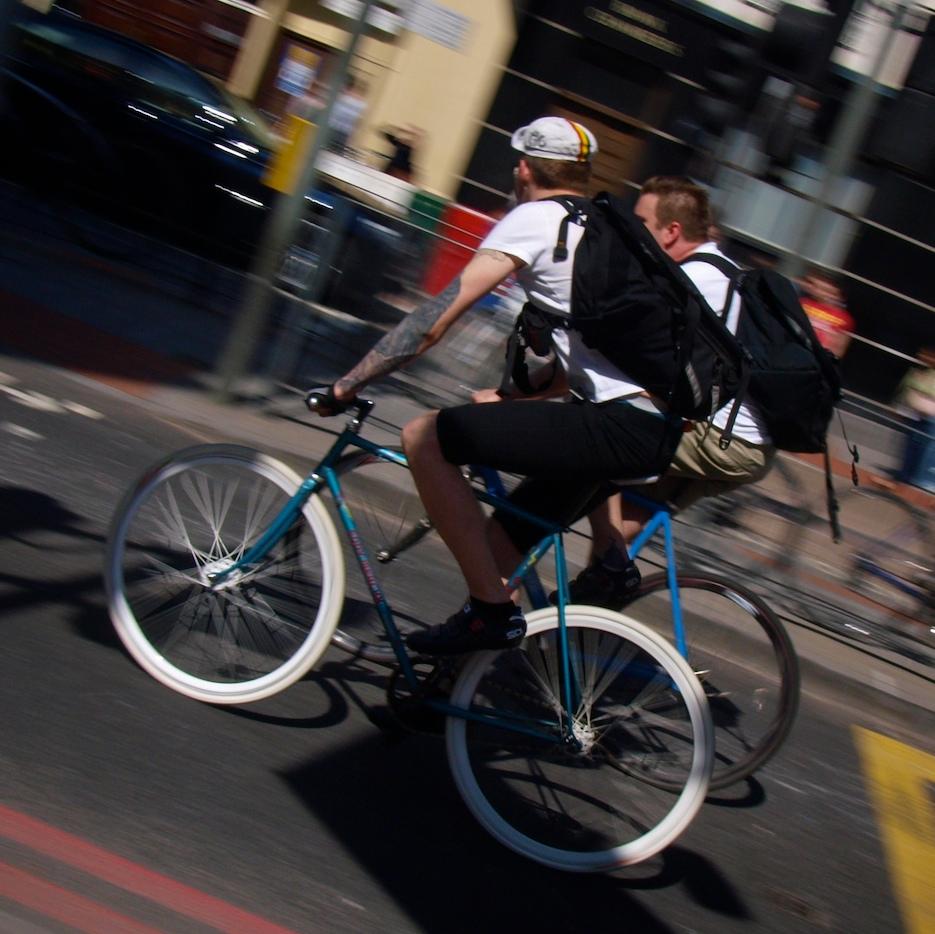 Bikes must have front & rear brakes, says safety body... oh, and reflectors and bell
by Simon_MacMichael

Bicycle dealers in Australia selling fixed gear bikes, as much a part of bike culture there as elsewhere in the world, are now being threatened with fines of up to $1.1 million if they do not comply with consumer safety standards, including the provision of both front and rear brakes.

In a July 2010 bulletin, government trading standards body the Australian Competition and Consumer Commission (ACCC) warns that some bikes being sold by retailers could contravene consumer safety legislation and legal safety requirements.

"Having no brakes or only a front brake can cause the rider to lose control and be propelled over the handlebars to the ground," the ACCC said in its bulletin.

"Whether this occurs in mixed road traffic or elsewhere, the rider can suffer serious head injuries, broken bones and/or lacerations and bruises,” it continued.

"Pedestrians and other bike riders are also at risk of serious injury or death if someone riding a fixed-gear bike loses control and collides with them," the ACCC added.

The ACCC is now calling on members of the public to let it know of bike shops selling bicycles that contravene safety standards, such as those without bells or reflectors as well as brakes.

According to the section governing brakes of the Australian/New Zealand Standard AS/NZS 1927:1988 Pedal bicycles— Safety Requirements:

Last year, we reported how police in Germany had confiscated fixed gear bikes that did not comply with the legal requirement to have two brakes.

In the UK, The Pedal Cycles Construction and Use Regulations 1983 require pedal cycles "with a saddle height over 635mm to have two independent braking systems, with one acting on the front wheel(s) and one on the rear".

One common interpretation of this is that having a front brake and a fixed rear wheel satisfes this requirement.