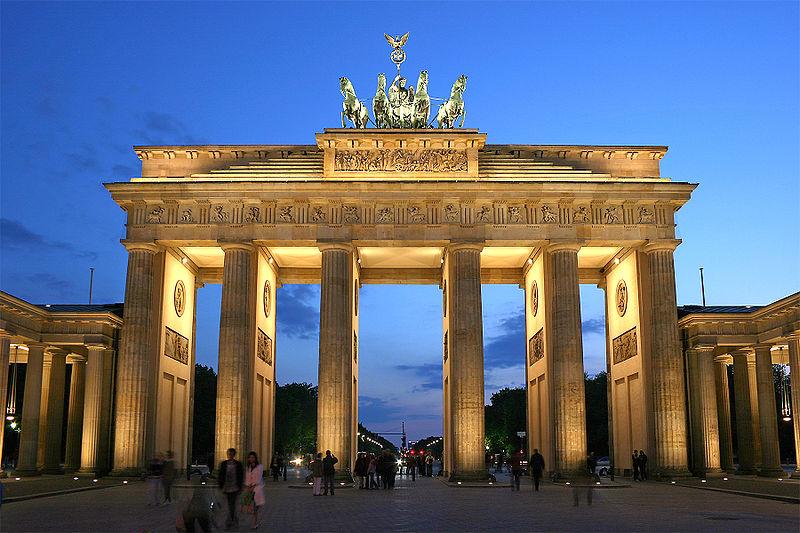 Germany is a stronghold of fixed gear bike culture and nowhere in Germany more so than Berlin. Just as in Britain, fixed has become fashionable and spread well beyond its courier and track cycling roots. So far, in fact, that in Berlin it now faces an official backlash.

Traffic cops in Berlin have been taking a keen interest in the urban hipsters and bike couriers who are devoted to the fixie, confiscating the bikes they say are a menace to traffic.

As in Britain, German law requires all bikes to have two brakes (and a bell, but that's another story) Berlin police have been on the lookout for riders with out the required number of brakes it's not a witch hunt they say, more an attempt to "undercut the trend". So far 18 fixie riders have had their bikes taken away by the police since April.

And those that do have their bike confiscated will face a struggle to get them back:

"You will need a lawyer to get it back from them. That's crazy. Whether the police have the right to retain the bike by law isn't even resolved yet", Holger Patzelt of German bike company Fixie Inc told road.cc.

“Interest in fixies has exploded in the past two years,” said Dustin Nordhus, owner of the Cicli Berlinetta bike shop in central Berlin speaking to German English language news site, The Local. “Everyone sitting in an office all day thinks they’re cool these days.”

Everyone except the police, that is. “Fixies have become a real problem,” Rainer Paetsch, a Berlin police official for traffic issues, said. “It wasn’t a hunt, but we decided to do something to undercut this trend.

“For all I care they can ride them in their backyards. We just want people to realise it’s too risky to ride them around the city. Then we’ll be content that we’ve helped improve traffic safety.”

One cycle courier, 30-year-old Stefan, said he believed the crackdown was excessive. “I was stopped by eight or nine cops who looked totally bored. I tried to tell them they were taking away how I make my living, but they didn’t seem to care.”

He was hit with an €80 fine and three points on his driver’s licence for traffic violations. He admitted many people are now buying fixies just because they’ve become cool. “It’s the trendiness that’s the real problem,” he said.

However, at least the Berlin police aren’t crushing the bikes or flogging them off in auctions. To get them back, cyclists have to pay a fine and convince the authorities they won’t ride them on the street anymore – or at least show an inclination to install brakes on them.

Here in the UK, the police could have a field day with brake-free riders if they so desired.

The law as it stands under the ‘Pedal Cycles Construction and Use Regulations 1983’ says that pedal cycles "with a saddle height over 635 mm to have two independent braking systems, with one acting on the front wheel(s) and one on the rear".

A common interpretation of this is that a front brake and a fixed rear wheel satisfies this requirement.