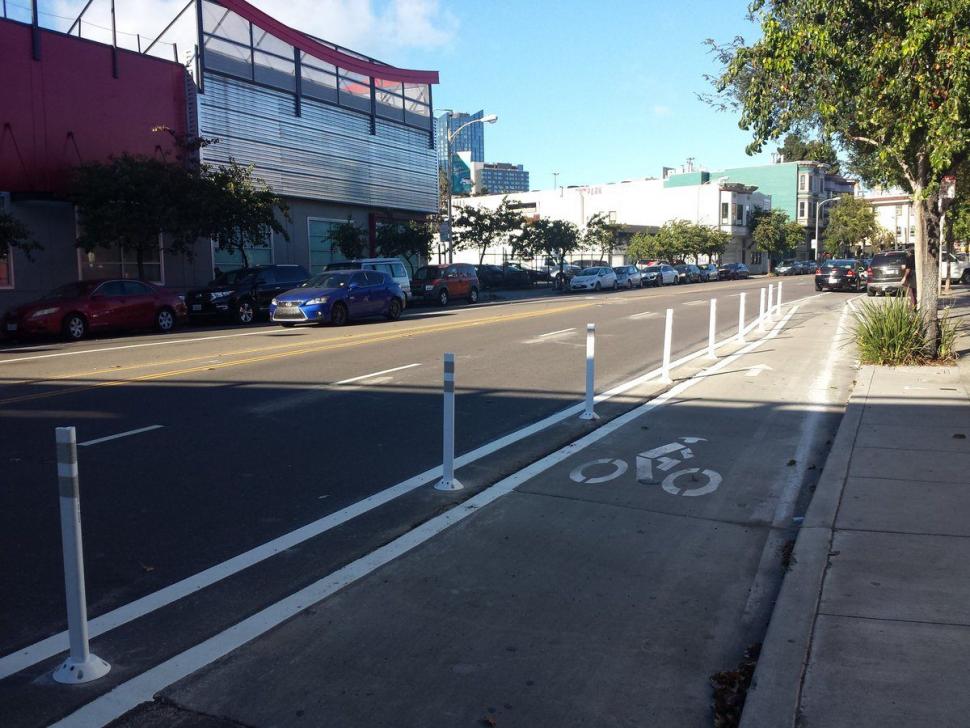 Earlier this year we reported on the San Francisco Transformation Agency (SFMTrA), a group of cyclists who have been creating mock-protected bike lines with cones as a means of pleading for better infrastructure. As often as not, this kind of campaigning appears to have little impact, but the city has reacted to several of SFMTrA’s recent interventions by making them permanent.

Folsom Street has a bike lane that SFMTrA has returned to multiple times.

At first they added cones.

But the group subsequently graduated to soft-hit posts, making these changes.

Shortly afterwards, the city took them down. But not for long. To many people’s surprise, they made the posts permanent.

You all made this happen. #DemandMore pic.twitter.com/rtQS5EZKIX

"Previously, we have not placed safe hit posts at this location because the lane wasn’t large enough for the street sweeper to go through without destroying the safe hit posts. The city is now moving towards smaller street sweepers, which will allow us to install more posts across the city, including this location on JFK. At this specific location, we plan to leave the SFMTrA posts in place until we can install our own."