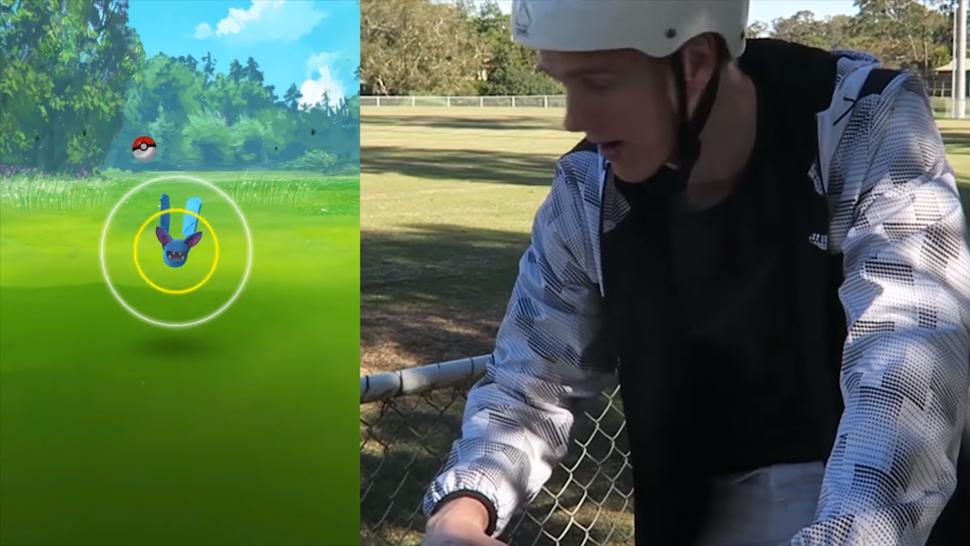 The game set its speed limit at 10mph to stop people using motorised transport to hatch monster eggs, but it's putting cyclists at a disadvantage, complain users...
by Laura Laker

Pokémon GO users who try to hatch their eggs by bike are having a hard time because the game thinks they’re cheating.

The game has now launched in the UK and, as predicted, people are using bikes to play the game, find Pokémon, reach training gyms and hatch eggs, which requires gamers to travel - it takes about 2km of travel to hatch one egg.

Although the game is potentially great for getting people outside and exercising, the hatching speed limit is set at 10mph to ensure people aren’t cheating, and as this is slower than most people cycle, cyclists complain they are losing out.

Could Pokémon GO pose a safety threat to cyclists?

HyruleanHyroe on Imgur said: "I bike around town every day to catch Pokemon, covering 15-20km on light days, and I'm lucky to see ~1.5km of progress on my eggs.”

"I'm not blazing around at high speeds, and I'm still getting plenty of exercise. Plus, bikes have been a staple of the Pokemon world since the very beginning. Why can't we ride, Niantic? WHY?"

As Games Radar points out, Cyclists are a particular type of trainer; they tend to favour Flying, Fire and Electric types of Pokémon. UK gamers may well be using their commutes to catch and hatch the Pokémon - we assume with their eyes on the road at all times.

One user said they are wearing out their brake blocks in a hilly neighbourhood trying to keep below the 10mph speed limit.

Another, Aaron Lane, said people should just slow down and enjoy the ride.

“I bike I'm my urban neighborhood and get credit for every little km. Just lean back, enjoy the scenery and say hi to your neighbors,” he said.

Slowing down is not going to be an option for Chris Froome this week, of course.

The speed limit is intended to stop people gaming the hatching process by driving or taking buses, but it does mean you’ll have to cycle slowly to yield those eggs – unless Niantic decides to up the speed limit.

Let’s just hope the craze doesn’t get as out of hand as in the US, where one woman in New York State stole a child’s bicycle to catch Pokémon.

In an online poll, 85% of 3,900-odd voters believed the speed limit should be increased to allow cyclists to reap the rewards of their physical efforts.

However, speed limits aren’t the only thing users should be concerned about. In the US a Senator has taken issue with the “extent to which Niantic may be unnecessarily collecting, using and sharing a wide range of users’ personal information without their appropriate consent”, and has launched an inquiry.

Although Niantic assured users it is only collecting basic Google profile information (User ID and email address), US Senator, Al Franken, has requested Niantic answer a series of questions about its data collection by August 12 to clarify this.