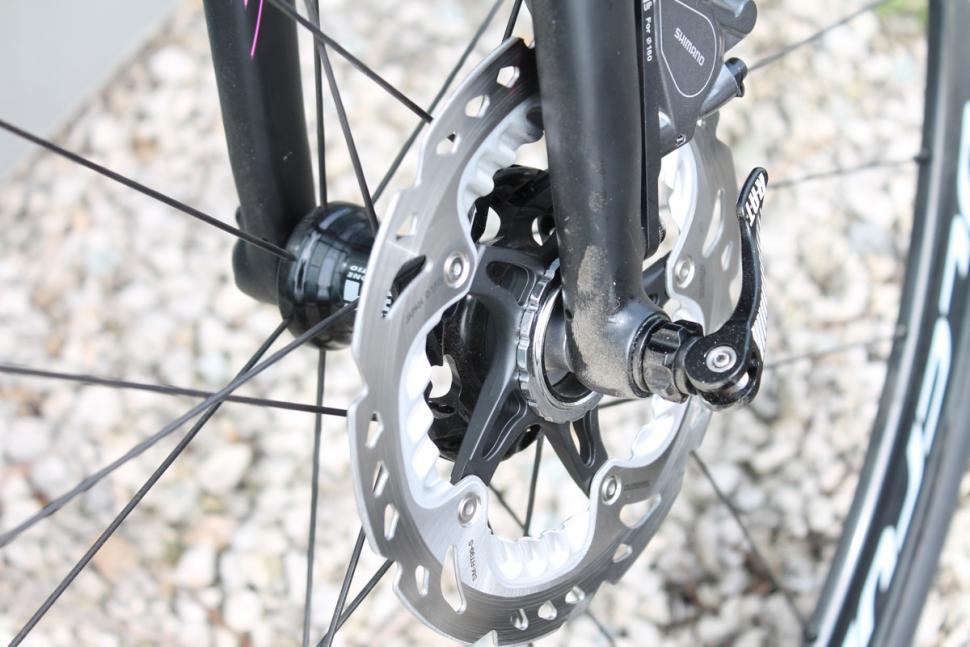 The UCI says that disc brakes are allowed in mass participation cycling events with immediate effect.

In April, the governing body suspended its trial of the brakes in WorldTour races after Movistar rider Fran Ventoso claimed to have been cut by one in a crash at Paris-Roubaix.

> Ventoso: Disc brakes should never have been allowed in the peloton

Following that decision, the French cycling federation, the FFC, decided to ban disc brakes in all road events organised under its umbrella, with their Spanish counterparts, the RFEC, following suit.

Subsequently, the organisers of Pyreneean cyclosportive l’Ariegoise and ASO, owners of the Tour de France and organisers of L’Etape du Tour, confirmed they would not be allowed in their events.

According to the UCI, a meeting of its management committee in Lausanne earlier this week “approved a clarification to its regulations to make it clear that the use of disc brakes – already widespread – is authorised in mountain bike, trials and mass participation (road) events.

“These clarified rules are applicable with immediate effect.”

While there’s nothing as yet on the FFC’s website or its social media pages rescinding its ban on disc brakes, L’Ariegeoise posted a copy of the UCI’s decision to its Facebook page earlier today, with the heading “Disc brakes allowed.”

In April, road.cc reader Mark Ireland asked ASO if disc brakes were indeed banned from the event following the FFC’s decision and if so, whether he was entitled to a refund of his entry fee for this year’s event.

He was told: “According to the rules of the Etape du Tour, the disc brakes are not allowed for this race.

“Every person who registers to the Etape du Tour agrees with the rules and accept them without any reserves. These rules explain that every participant will have to do the race with material approved by the FFC (and thus the UCI). Disc brakes not being so, your bike is not permitted on the Etape du Tour.

“Controls equipment (as doping controls) are made by federal authorities or independent and not by the organizers.

“In terms of insurance and your responsibility, if you realize the race with a non-certified equipment, not respecting the rules of the competition, you will not be covered by your insurance.”

Since the FFC regulations take their lead from the UCI – the latter being specifically mentioned in ASO’s response to Mr Ireland, we’d expect disc brakes to now be allowed on L’Etape du Tour, but if you’ve entered and want to ride it on a bike equipped with them, we’d strongly suggest you check with the organisers.