This year's European Handmade Bicycle Expo had a lot to live up to after last year's dazzling display of eye candy. It was a tall order, but the 2010 edition proved to be more than up to the task, serving up a feast of gourmet bicycles with something to suit every taste.

Held again in the picturesque German town of Schwäbisch Gmünd, it featured over 100 exhibitors from 12 countries, with strong representation from the USA, and - as you'd expect - Italy. While the show featured some bicycling household names such as Serotta, Seven and Italian legends De Rosa, it was the lesser-known brands and builders who attracted the lion's-share of attention. Up and down the aisles, there were some real gems to be discovered and just as last year's show shone the spotlight on some hitherto unknown names, those returning to this year's event demonstrated they were clearly living up to the promise of last year's showing.

Some of the big discoveries of 2009, namely Julie Racing Design of France, LeCadre of the Netherlands, plus Vogel and  Rafael of Germany returned to demonstrate just how much their work has improved since last year's event with all displaying new models featuring jaw-dropping features.

Our coverage of the show begins with some markedly contrasting bike styles from Serotta, Langenberg, MSH1 and Vogel. All have with one thing in common; incredible workmanship and attention to detail.

US bike builder Serotta have been building the Ottrott for several years now but new for 2010 are rider-specific TC5 and TC3 TorsionCore Colorado Concept carbon fibre top and down tubes. The head tube and seat tube are triple butted 3AL/2.5V titanium with while the stays are ST carbon, although you can opt for a ti option if you prefer. And it looks simply stunning. 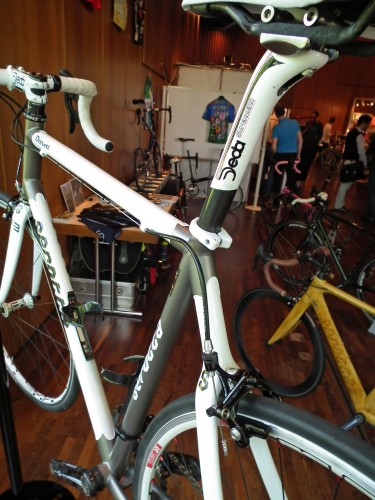 Serotta’s aerodynamic MeiVici is 100% carbon fibre although they’ve cunningly disguised it as wood. We’re not sure why but, hey, you don’t have to have a reason, we guess, and they’ve done an exquisite job of it. The frameset. The MeiVici features Serotta’s first integrated fork system, the F4, which they claim is there lightest, strongest, most aero fork ever. 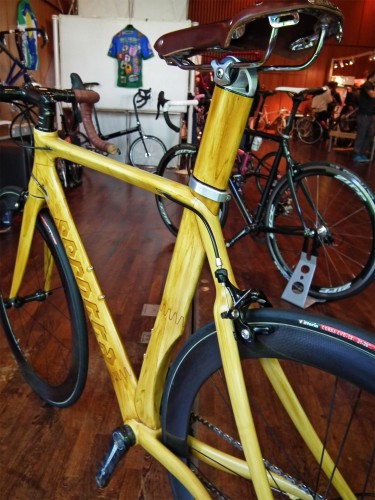 Germany’s Langenberg produce full-custom bikes made from steel, steel/carbon and carbon. The attention to detail is superb on this super-light machine – check out the custom-finished Campag Record equipment. We like! 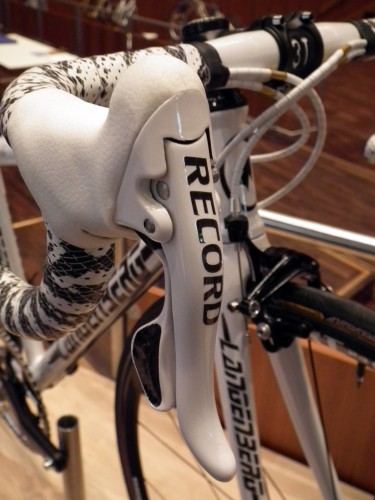