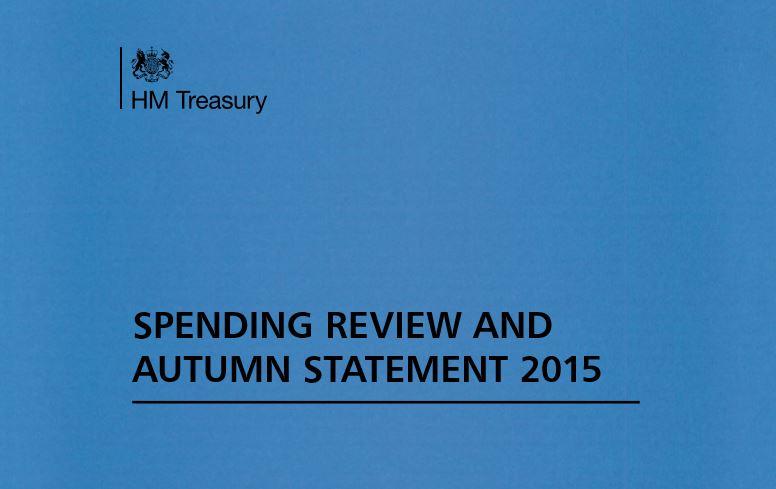 What does the Comprehensive Spending Review say about cycling?

Chancellor of the Exchequer George Osborne has today revealed details of the government's Comprehensive Spending Review to the House of Commons.  Here's what the document has to say about specifically about cycling.

GB bid for UCI Road World Championships on the way?

"The government is increasing its funding for elite sport to build on the success of Olympic and Paralympic games at London 2012 and support Team GB’s ambition for success in Rio 2016 and Tokyo 2020. Following the success of hosting London 2012 and the Rugby Union World Cup the government will support the ambition to host the cycling Road World Championships and 2021 Rugby League World Cup in the Northern Powerhouse. "

"The government is providing £11 billion of support for transport infrastructure in London, helping deliver Crossrail, new trains on the London Underground, station upgrades, new buses, and a network of Cycle Superhighways."

Investment in cycling in England outside London

"This settlement [to the Department for Transport] also commits more than £300 million to cycling investment between 2015-16 and 2020-21. This includes delivering in full the £114 million Cycle Ambition City scheme, with construction of segregated cycle lanes including 115 kilometres in Birmingham and 56 kilometres in Manchester."

On salary sacrifice schemes (such as Cycle to Work)

We'll have more reaction and analysis later, but what already seems clear is the £300 million+ set aside for cycling in England is well below the £10 per head per year campaigners are calling for as a minimum spend, and moreover a sizeable chunk of that money has previously been announced.

“Unless further detail emerges that increases cycling and walking investment, Government will simply not be able to keep manifesto commitments to double cycling and reduce those killed and seriously injured on our roads. The Cycling and Walking Investment Strategy (CWIS), which the Government is compelled to publish by law, will not be funded.

“Government has committed to a CWIS, to double cycling levels and reduce those killed and seriously injured on our roads. But these targets will be missed unless investment is increased.

“With the largest road building programme since the 1970s a priority for Government, local investment in everyday travel is marginalised and the future of cycling and walking hangs in the balance.”

“Today we saw the Prime Minister’s ‘Cycling Revolution’ punctured by his friend, the Chancellor, George Osborne, and we can’t even afford a puncture repair kit.

“This is not, however, about the end to a Prime Minister’s vanity project but a disaster to one of the biggest and most worthwhile projects of all.

“Cycling provides an incredibly cost-effective solution for our polluted air and congested roads, it defuses the ticking time bomb of an impending obesity epidemic, and it makes simple economic sense. Yet realising these benefits requires funding and leadership, which the Chancellor has conspicuously failed to provide.

“This Government made a manifesto commitment to double cycle use and reduce serious and fatal injuries for cyclists and other road users.  Yet it is hard to see how they can achieve this with such a tiny budget.

"Vulnerable road users now account for 60% of serious and fatal road casualties, up from 52% in recent years. We were promised safer roads, yet it seems we’re just getting more roads and more traffic. This has to be bad for our health and our environment, and will probably harm our economy too.”

“On first reaction, British Cycling welcomes measures announced by the Chancellor in his Comprehensive Spending Review. The increase in budget support for sport at a time when public spending is under so much pressure is a clear recognition of the role sport plays in our national life and the contribution it makes to society.

“We also welcome the Government’s desire to support a bid for the UCI Road World Championships. Following our letter of 15 June to the Prime Minister on the subject, government knows that the highest priority in our major events strategy is ensuring a participation legacy for the sport. That is to say – those inspired by cycling’s great events need somewhere safe to try cycle sport. We believe this process can inject £640m into the economy and create new closed road facilities and cycle sport hubs to serve millions of people across the country. We are ready to discuss this with ministers and as ever we will look to deliver the best possible result for cycling.

“Beyond cycling as an organised sport, British Cycling has long been clear that different government departments need to work together to deliver a healthier, happier, more active nation. In that spirit we welcome the £300m fund announced by the Chancellor for cycling initiatives.

"However, it is essential that this fund is additional to the vital investment required to make our roads and junctions safer for cycling, to be brought forward by the Department for Transport in its forthcoming Cycling and Walking Investment Strategy.

"Building on manifesto commitments, a cross-party consensus and support from both business and the public, the Chancellor has given the Department for Transport the clear direction to make strategic, cost-effective infrastructure investments. As ever we stand ready to help transport ministers deliver for cycling."