So here it is, the Bowman Cycles Pilgrims frame all built up with a SRAM Rival 1 groupset ready to hit the road. As regular readers will remember, the Pilgrims frame, the new disc-equipped model from the young Kent-based bicycle brand, arrived in the office a couple of months ago. I wanted to put the Pilgrims through an extended test, after a positive first ride, and use it as an opportunity to see if a 1x11 drivetrain works on the road. 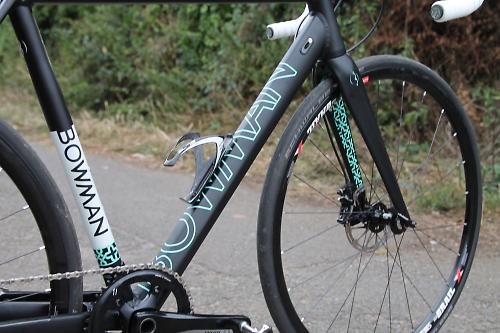 To recap, the Pilgrims is the company’s disc-equipped model and sits alongside the more conventional Palace race bike. The Piglrims has an 7005 aluminium frame and carbon fibre fork capable of taking up to 35mm tyres, with a tapered head tube and pressfit 86 bottom bracket. There’s fully internal cable routing and it’s modular, so it’ll accept electronic wiring and hydraulic hoses. The geometry has been designed to provide some of the length of a cyclocross bike with the agility of a proper road bike. 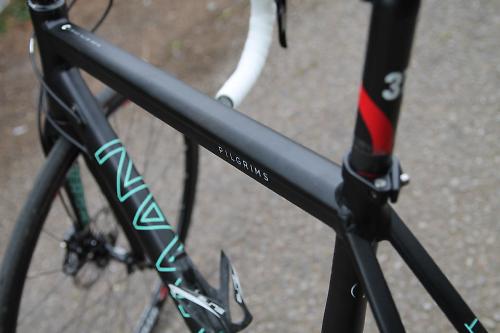 With the space for big tyres and geometry details, Bowman reckons the bike can handle a bit more than just tarmac riding duties, so off-road excursions aren’t out of the questions. It's not quite falling into the gravel bike sector but RoadPlus, which Bowman Cycles are calling it, is a pretty good description. It's a road bike, but it can handle a bit of dirt on the side. The Pilgrims has space for up to 35mm tyres, giving you plenty of options, or 32mm with mudguards. 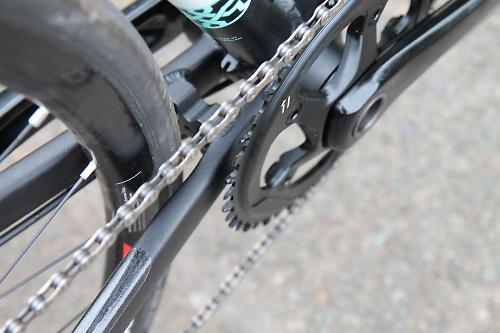 “The disc braked road bike is still a relatively new idea but one we feel has its place,” says Bowman. “That place isn’t currently on the race circuit, rather it is somewhere that allows the benefits of all condition braking reliability come to the fore: on a road less travelled. For the more adventurous cycling soul, there is often a point (or many) on a ride where small tracks, trails and rough roads are passed and you are left wondering, ‘where does that go?’” 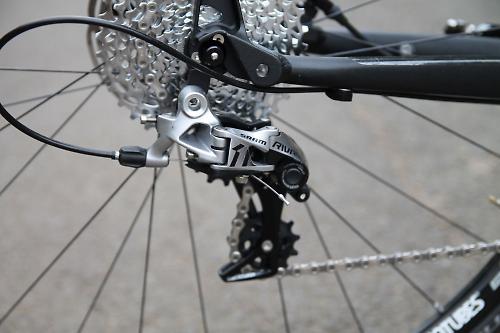 Onto the frame I’ve put SRAM’s new Rival 1 groupset, which is new in for review. SRAM has enjoyed huge success in the mountain bike market with its 1x11 groupsets, which ditch the front mech and introduce a wide range cassette, clutch rear mech and wide/narrow chainring. Shimano has only recently sought to stem SRAM’s popularity with a similar offering. SRAM reckons there’s a place on the road for a similar setup, but it’s not going to be for everyone and every application. 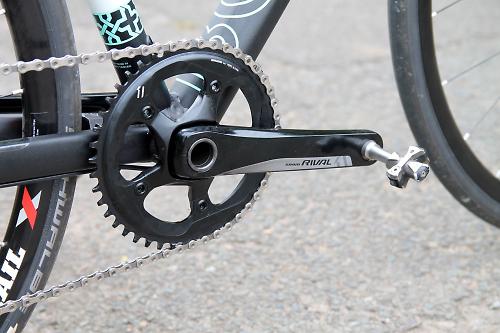 The Rival 1 groupset features several key bits of technology. The X-Sync chainring has alternating wide and narrow teeth that provide a more secure engagement with the chain. The rear derailleur houses a clutch mechanism that controls chain slap, and works with the chainring to (hopefully) avoid the chain dropping, handy when tackling gravel paths.

I’ve paired a 44t chainring with an 11-36t cassette. SRAM also offers a whopping 10-42t cassette, but that requires a specific XD freehub body. There are many chainring options as well. This current setup provides a gear range of 33 to 108 inches, which compares well with the 32.8 to 122.7 range of a 50/34t and 11-28t drivetrain. The lowest gear is about the same, but you're missing out at the top end. How often are you spinning out a 50-11 anyway? 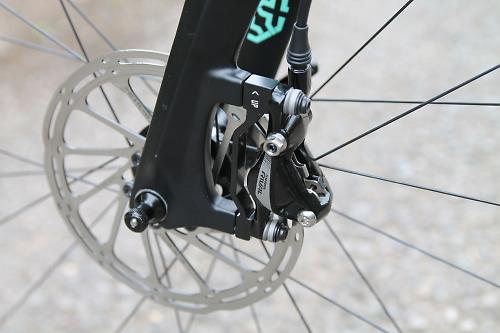 The Rival 1 groupset comes with a choice of brakes, but I’ve opted for hydraulic disc brakes, with 160mm rotors front and rear, because that is what the frame is designed for. The brake levers are identical to regular Rival brake levers, albeit the left brake lever which doesn’t have a shift paddle.

To fully realise the Pilgrims RoadPlus potential, I’ve been fitted the new Stan’s Grail tubeless wheels. They’ve been designed specifically with bikes like this in mind, and the growing gravel and adventure bikes. The rim is wider and it’s tubeless, and I’m using a pair of Schwalbe One 25mm tyres with a swig of latex sealant in each tyre. 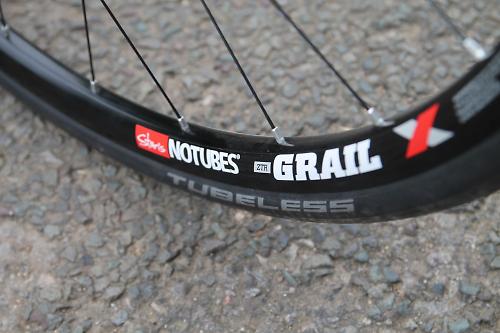 I’ve raided the parts bin and some other bikes and fitted a Thomson 12cm stem, 3T handlebar and seatpost, and a Fabric Scoop saddle. I’ve matched the white saddle with some PRO white bar tape, not practical but it sure looks good, and goes nicely with the white decals on the frame. 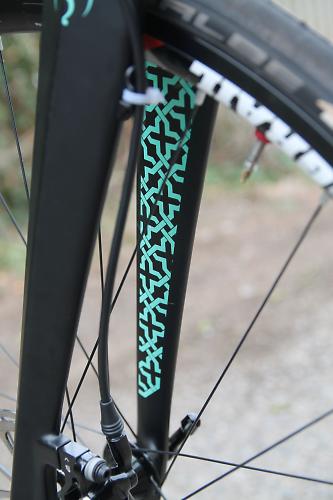 There are some really neat details on the frame. There’s the modular cable routing that I’ve already mentioned. Underneath the chainstays are several cable clamps that secure the rear mech gear cable and brake hose into place. There are mudguard mounts on the rear triangle, and Bowman has developed a removable seatstay bridge. Unfortunately the fork doesn’t have any eyelets. 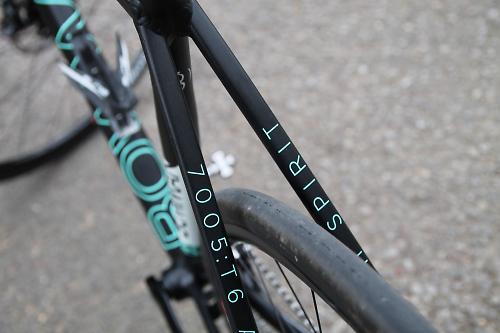 This is the black anodised frame, it’s also available in a paint blue option. The frameset (including fork, headset and seat clamp) costs £750 and there are five sizes to choose from. This is a 56cm on test. The complete bike weighs 8.2kg (18.08lb), with the frame coming in at 1,563g and 412g for a fork with an uncut steerer tube.

Watch out for a frameset review soon, and a review of the SRAM groupset as well.