Kent-based Bowman Cycles launched its Palace aluminium road racing frame in 2014, which Stu gave a very glowing review, and at the same time revealed its disc-equipped Pilgrims road bike, which was still in development at that stage. Fast forward to May this year and we got to spend a short ride on a production sample, and now we’ve got a frame in for a longterm test. Here’s a first look before it gets built up. What is the Pilgrims all about? Well, like the Palace it features an aluminium frame but there the similarities end. The custom shaped triple butted 7005 frame has been designed specifically for disc brakes, with internal routing for gear cables/wires and hydraulic brake hoses, and modified geometry. 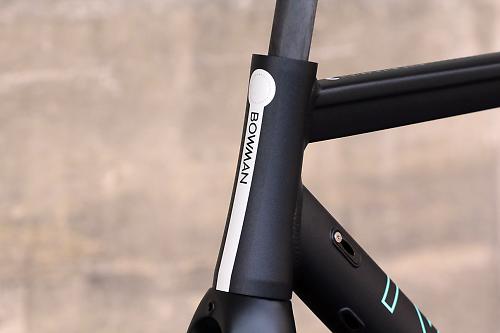 Geometry differences to the Palace included a longer wheelbase, shorter top tube and lower bottom bracket. Speaking to Bowman Cycles it’s clear it has sweated the details in the geometry, aiming to produce a bike that handles like a regular road bike on the smooth stuff, but which can handle off-road terrain as well. “It’s true that for years you could have done rides like this on a cyclo cross bike, but, in our opinion, a cross bike is not so much fun on the black top as a more dedicated machine. We have designed the Pilgrims to sit between the long, stable geometry of a cross bike, and the more agile true road machine. The detail of the differences are: fork offset, head angle and the corresponding trail measurement; bottom bracket height, tyre clearance and chainstay length,” says Bowman Cycles.

You could call that adventure riding, Bowman Cycles prefer to call it RoadPlus, which we reckon is a pretty good description, and certainly more accurate for UK riding than the gravel tag. It’s designed predominantly to excel on the road but it won’t get its knickers in a twist if you show it a bridleway or gravel track or two. To enable such a wide remit, the Pilgrims has space for up to 35mm wide tyres, providing plenty of scope for tailoring the bike to any sort of riding or terrain you want to entertain it with. 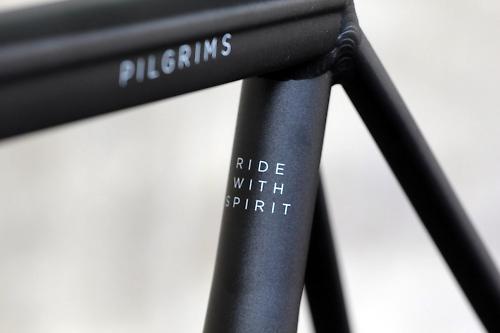 You want more details? The frame has a BB86 pressfit bottom bracket and tapered head tube, with the company’s own carbon fibre fork. The frame will take 32mm tyres with mudguards, with hidden eyelets at the dropouts and a 3D printed seatstay bracket that is nearing completion. There’s no mudguard eyelets on the fork, but that is something Bowman is working on at the moment, and is perhaps the only negative if mudguards are high on your agenda. 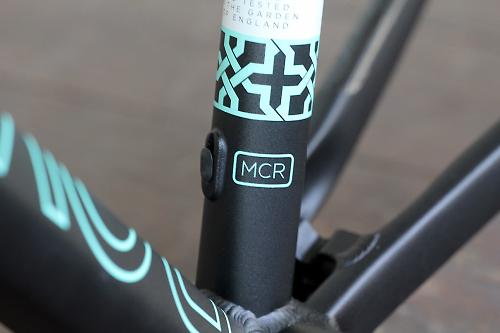 The frame isn't short of well thought out details. One detail that impresses is the modular cable routing, which uses small plastic inserts that bolt into place it’ll cleanly accept either mechanical or electronic groupsets. Another neat touch is the way the cables exit the bottom of the down tube and a guide bolted to the chainstay bridge directs the rear gear cable at the rear mech, and the brake line at the chainstay mounted disc caliper. 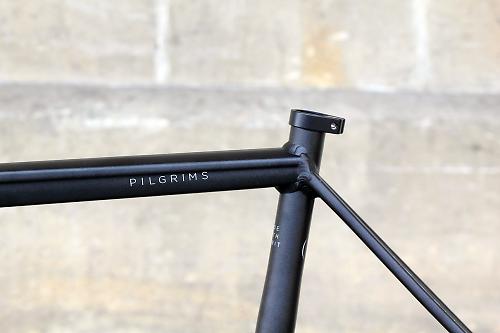 On the scales this 56cm anodised frame, with seat collar and headset, weighs 1,563g, and the fork with uncut steerer tube is 412g.

I had the chance to ride the Pilgrims for a few hours and was highly impressed, with great road pace and impressive ability to handle some dirt trails at the same time. “The longer wheelbase gives the Pilgrims a good stance on the road, or dirt, and the steering is fantastically direct. It’s a very involving and exciting ride,” is how I summed up the Pilgrims following that first ride.

Keen to put more time on the bike, Bowman kindly agreed to lend me a frameset which I’m going to build up for testing. It’ll replace the Genesis Croix de Fer I’ve just reviewed, so it’ll be an interesting comparison. As for the groupset, I’ll be testing the new SRAM Rival 1x11 groupset, and I’ve got some tubeless wheels and tyres to complete the build. Look out for a blog update, and full review, soon.