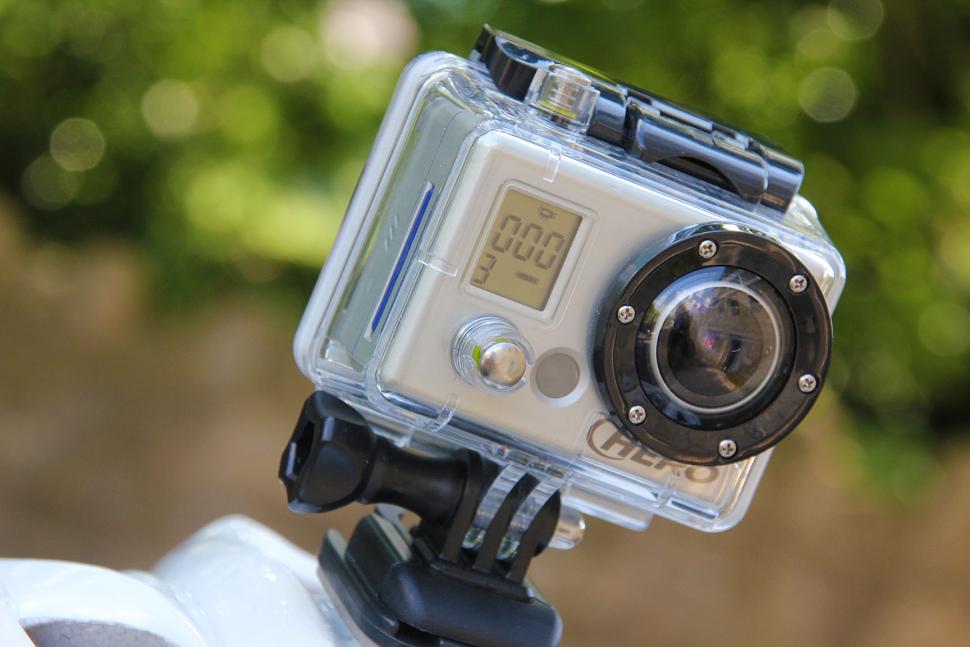 Solicitor to the stars also says government should require bike riders to be licensed, among other things
by Simon_MacMichael

A lawyer nicknamed ‘Mr Loophole’ for his record of using legal technicalities to get charges related to driving offences dropped against celebrity clients says that motorists should “fight back” against cyclists who use helmet cameras to capture instances of careless or dangerous driving.

Manchester-based solicitor Nick Freeman, who has trademarked his nickname, counts TV presenter Jeremy Clarkson, actor Ralph Fiennes and footballer Wayne Rooney among the stars who have escaped sanction because of procedural shortcomings he has highlighted in their defence.

He has called on motorists to film examples of cyclists breaking the law, and is urging the government to introduce laws requiring people riding bikes to wear helmets and pay for a “cycle excise licence,” among other things.

However, he is himself accused of failing to understand the existing law as it applies to cyclists, and of not understanding that many bike riders feel compelled to record their rides because of the danger they are exposed to on the roads.

After footage emerged last week of a motorist tripping over as he tried to chase after a cyclist who had filmed a close pass, Mr Freeman told the website Motoring.co.uk: “The time has come for motorists to fight back and film cyclists breaking the law or riding irresponsibly.”

He said: “How often do we see cyclists at night without any lights, jumping red lights, cycling the wrong way down one way streets, undertaking, cycling on the pavement or simply cycling down the middle of the road etc? Plenty! And these illegal actions challenge road safety by becoming a danger to themselves, to other road users and to pedestrians.

“I’m not against cyclists and motorcyclists using headcams, far from it,” said the lawyer. “But what I am against is provocative and dangerous cycling, which is designed to goad motorists, knowing full well the responses will be captured on video and then uploaded on to the internet.

“Motorists can be easily identified by their registration plates, but cyclists are relatively anonymous.”

He added: “The Government should consider introducing a raft of legislation which deals with identification, visibility, compliance with road traffic regulations, insurance, cycle excise licence and compulsory use of a helmet. This list is not exhaustive.

“The goal is to improve the quality of driving and cycling by both parties, thus increasing accountability and enhancing road safety.”

But Carlton Reid, executive editor of BikeBiz and author of the book Roads Were Not Built for Cars, and who has written articles for Motoring.co.uk that seek to dispel some of the common misconceptions many motorists have of cyclists, told the website that Mr Freeman’s interpretation of some areas of the law was wrong.

“I’m surprised that a lawyer specialising in transport could be so ignorant about the various Road Traffic acts and the Highway Code,” he explained. “It is not illegal for cyclists to undertake and to ride in the middle of the road.

“In fact, the Department for Transport has produced posters telling cyclists to take up such a position on the road for their own safety.

“And safety is why some cyclists are now riding with helmet cams. Prior to such technology the police often didn’t believe people on bikes when they said they were hit or intimidated by people in motorcars – ample evidence is now available, leading to prosecutions.”

He continued: “I think many cyclists would welcome motorists fitting dashcams – should a motorist do something stupid the cyclist could ask the police to look at the motorist’s video footage. Many of the videos on YouTube showing motorists breaking the law are, in fact, uploaded from the dashcams from fellow motorists.

“Mr Freeman should welcome anything that makes our roads safer for all road users.”

“It’s interesting that Mr. Freeman has chosen this video as an example of ‘cyclists goading motorists’ when the footage quite clearly shows a man with anger-management issues and who broke a number of laws – he was not driving with due care and attention, he was not driving with a seatbelt, he exited his vehicle and assaulted the cyclist,” he added.

“This, you’d think Mr. Freeman would recognise, is a motorist who should be banned from driving – he is a danger to all road users, not just cyclists.”

As for the suggestion that cyclists should be licensed, he countered: “Mr. Freeman’s point about registration plates assumes that cyclists would be somehow more law abiding if they had them fitted.

“If registration plates were so effective Mr Freeman would be out of a job because motorists wouldn’t dare to break the law for fear of being identified,” he added.

It’s not the first time we’ve reported on road.cc about Mr Freeman urging the government to introduce laws that would impose requirements on vulnerable road users that he insists would improve their safety.

Last year, after a 24-year-old motorist he represented was convicted at Manchester Crown Court of causing the death through careless driving of 83-year-old rabbi Hyman Steinberg, he suggested that pedestrians and cyclists should be required by law to wear reflective clothing at night.